In the Treetops in Summer

Includes a few shots of the resident koala who seems to have a favourite tree & the
occasional bird as I get the hang of this new lens.
We planted our collection of mainly native trees between 20-30 years ago. 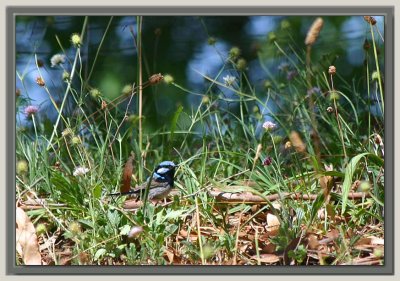 As small as a gumleaf!
This is one of the junior fairy wrens that were bobbing around in the summer
grasses this morning. Most of my shots were just a blur where the bird WAS
when I focussed, this shot actually captured him - just! 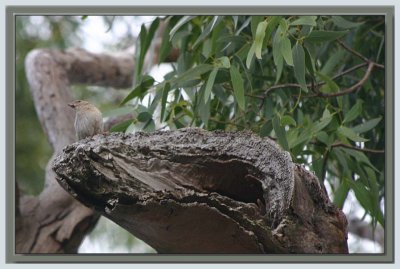 Little bird watching the skies above her home
It seemed to me that she had built her nest in the big hollow of the tree and was keeping watch - she didn't move off when I appeared below her but stayed watching. 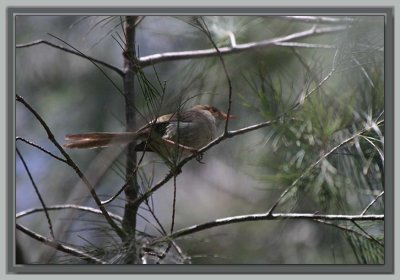 Mother wren watching me
Her nestlings were out and about foraging amongst the dry grasses, both father and mother had their eye on me, but mother got close enough for me to capture a shot of her.
Best viewed in original format 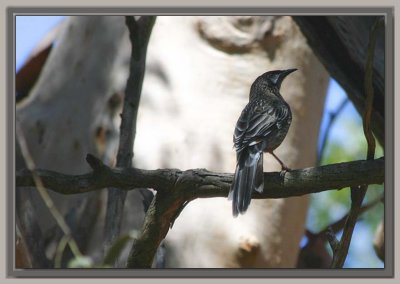 On guard of his territory
Our resident wattle bird keeps a close watch for any trespassing his domain. 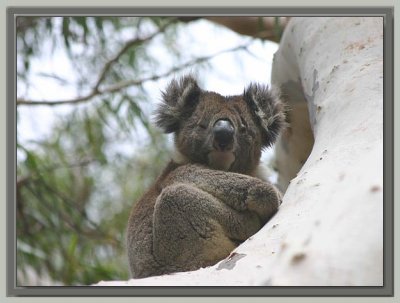 Maybe this branch is more comfy
Our visiting koala on a different branch & day, but the same tree. 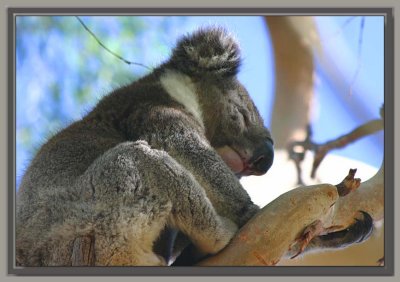 Time for a snooze...
A nocturnal creature who didn't want to be disturbed... 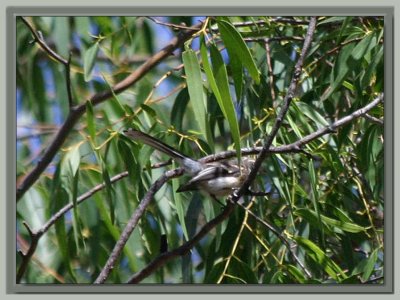 My Second bird shot
I nearly got the whole bird in the frame, & I'm getting better with the light direction! 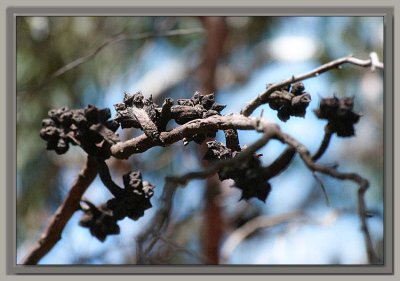 Old gum nuts
On a dead branch of the gumtree 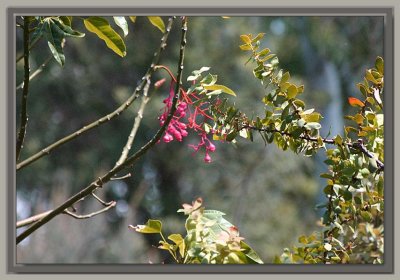 Kurrajong and hakea
The Kurrajong isn't native to our area and has been doing it tough
through the drought, but its a survivor! 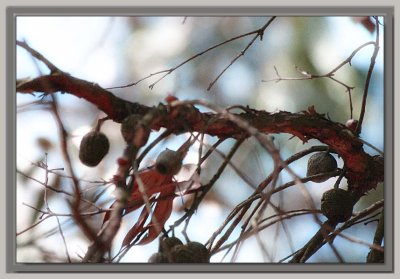 Gum nuts
Gum trees continuously shed twigs, gumnuts, leaves to litter the pathways
but these are still up in the tree for this shot. Diffuse filter. 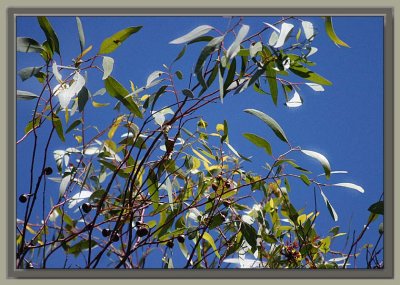 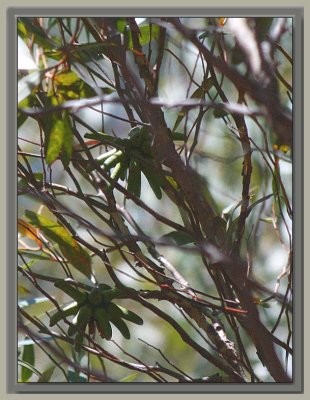