Monochrome with my Panasonic DMC-LX3 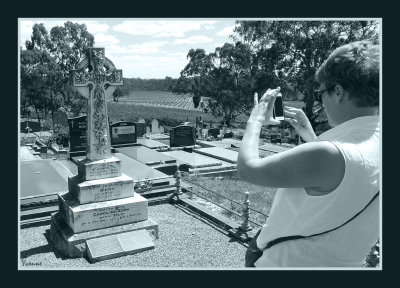 Tracing the ancestry
The first wave of German settlement in Australia began in 1838. German was first spoken in the Barossa Valley
in the 1840s, when German Lutheran settlers from Prussia arrived in the area.(Wiki)
Here we see the possibly great-grandchild of one of these settlers discovering the gravesite of her ancestor. 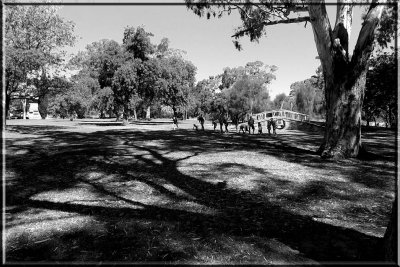 Lining up for the race...
We had a picnic in the park Valentine's Day, and after the meal
everyone joins in the races. Here we have a mixture waiting
to get the signal for the start of the race. It was a glorious
day for a picnic, warm but not too hot, a pleasant breeze
and plenty of shade from the trees... 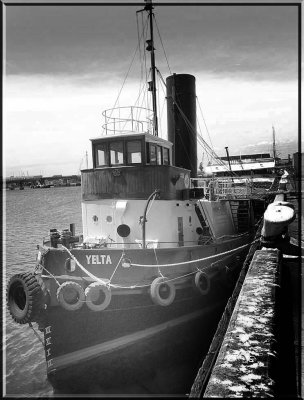 The "Yelta"
Click on 'next' to see details of this tugboat. 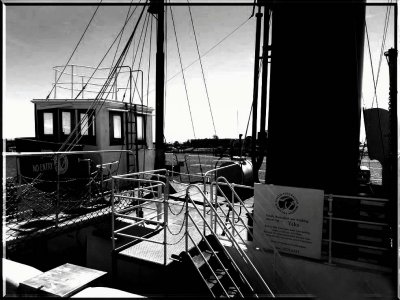 Steam tug
South Australia's last working Steam Tug "Yelta" built in 1949.
The Yelta spent many years guiding vessels in and out of Port.
Restored by volunteers in 1985 she now takes cruises up the river. 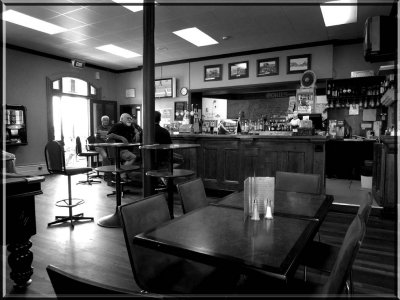 A quiet time...
On a warm afternoon in this little harbourside hotel
(or pub as we call them here in Australia)
We called in briefly for a quenching ale (for Dick) and
lemon lime & bitters for me...
click on thumbnails for full image