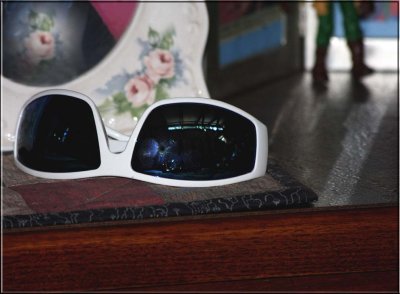 Someone's sunnies
Someone left these behind recently when they came visiting our place and I just rescued the photo Feb 1st, 2010. 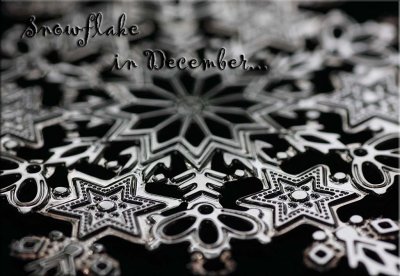 Its nearly Christmas
Where has this year gone? It seems the older we get the faster time goes.
This little snowflake was a gift from a very dear friend. An ornament
such as this is the only way we would see snow in December in
southern Australia
as today the temperature reached over 40 degrees Celsius. 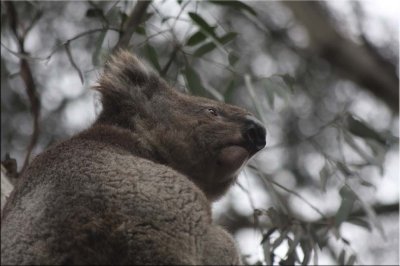 Koala in a tree
The dogs were putting on quite an act, then I noticed why, the little
koala was walking down the pathway looking for a new tree to climb.
We called the dogs back and the koala heading up the nearest tree, while
I dashed indoors to grab the camera. By the time I got back he was
already a fair way up and not at all interested in what I was doing.
He leapt across from one tree trunk to another - perhaps the leaves
looked greener! 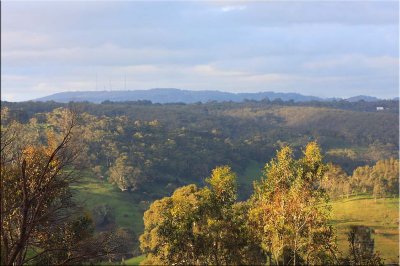 Our view when sun shines
A seasonal photo of part of our view looking toward Mt. Lofty and the TV towers
See here when the sun shone late in the day. 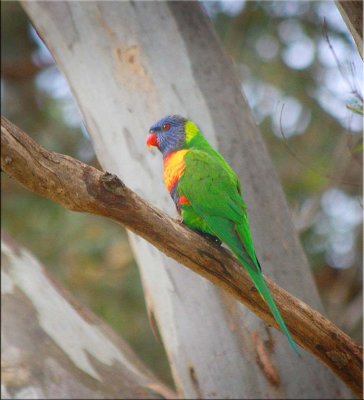 Rainbow lorikeet on a treebranch
Watching me and telling his small flock that there is fresh seed in the dish.
There is a "pecking order" on who eats first, working in pairs, and
the lorikeets are the boss over numerous larger birds who come to our
seed bowl. 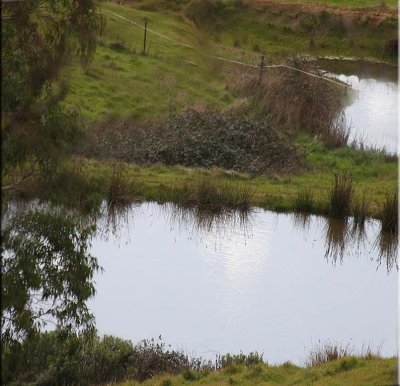 Full dams
So lovely to see these full of water...though they were late filling and we worried until
we had heaps of rain in July! We're hoping this is a good sign and we'll have a
good spring and summer this year. 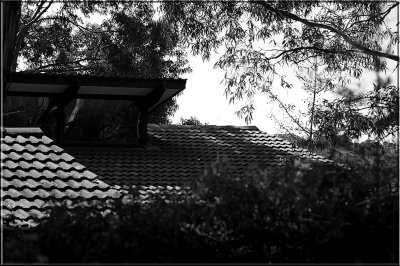 Home sweet home
Looking back at part of the roof of our house from the pathway that takes you to the
round yard past our ancient eucalyptus tree. Adapted to black & white.. 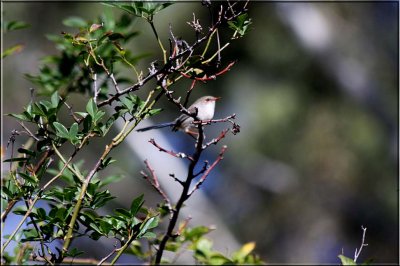 A little hen keeping watch over me
I think I must have been too close to her nest, she persistently
cheaped at me & stayed close even though I'm a lot bigger than
she was. 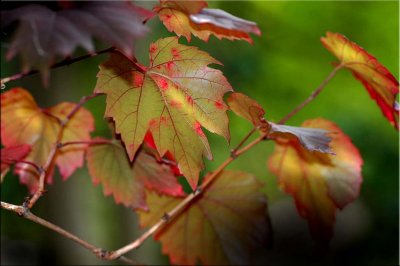 Catching the light
The sun shining through these leaves caught my eye.
I'm rather limited for time right now, we have a huge birthday party
next weekend and we're off for a couple of weeks holiday straight
afterwards. I'll try and write a few comments & post a new
photo now and then before we go when I get a few moments on the pc.
I hope to join in June's challenge, though
we won't be back until about June 3.
click on thumbnails for full image