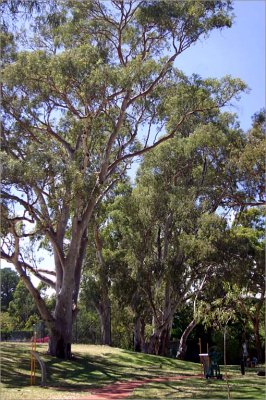 Historic walkway
Nightingale park, alongside a main road Magill where a Historic Walkway has been devised and built. This picture shows the pathway and the signage. Each sign tells you a little about the history of the area. My eyes travelled up the wonderful old gum trees which had been left in the area when the park was left for the people to use.
We stopped here for lunch and the playground was enjoyed by 5 of our grandchildren
after 3 of them had been to their holiday swim school. 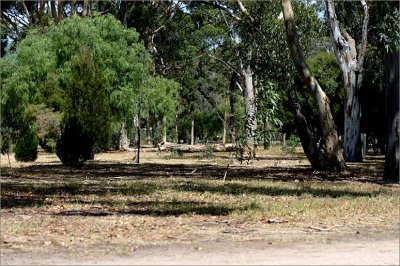 Parklands - where the city meets the suburbs
Photo taken while we were at the stop lights about to leave the city
This photo is of native trees, some self sown others planted by our
city fathers. 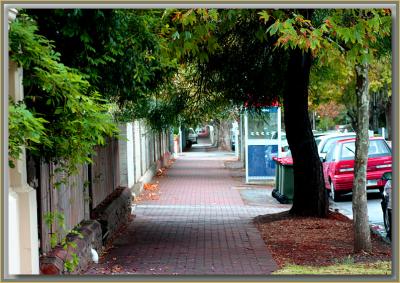 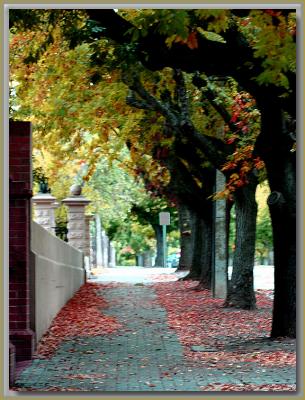 Footpath
on the edge of a memorial park 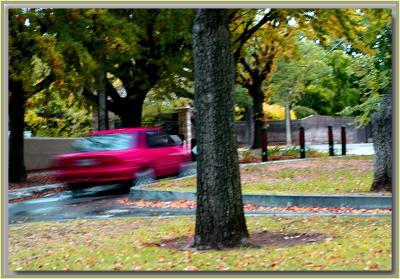 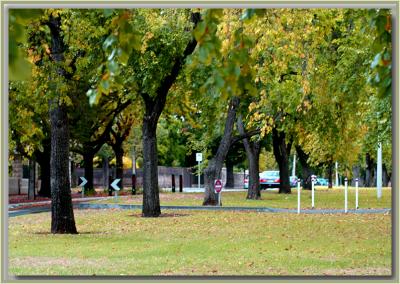 Park in the middle of the road 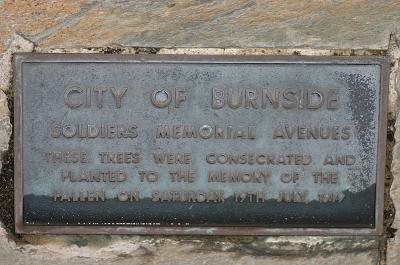 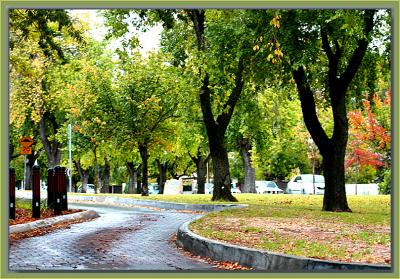 Suburban chicane
We've been out and about today, on the
way home we drive through this chicane
to avoid another more difficult route.
We called in at some shops and had
the opportunity of shooting these
autumn leaves. 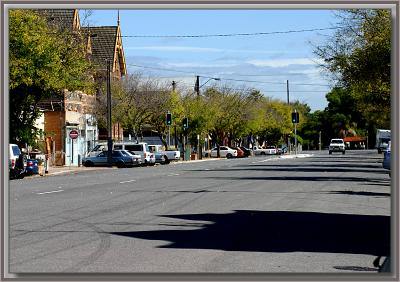 Shadows on the road
Not strictly "suburban" these 2 shots were
taken in the S.W. corner of the square mile of
Adelaide.
click on thumbnails for full image