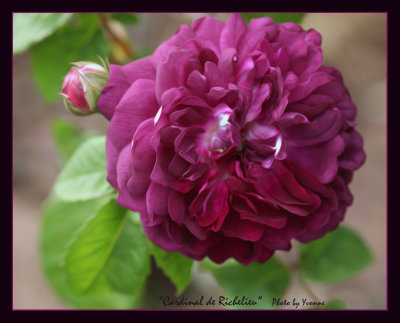 "Cardinal de Richelieu"
An old gallica with a similar colouring to the rose I featured yesterday, but
quite different in size. I added this rose because it is the closest name I
can get to Richard, my hubby's name (Dick). The long lasting flowers are borne in small clusters,
they start off a rich dark red that quickly changes to royal purple ageing to slate grey.
Almost thornless the small bush is ideal for a small garden. The rose was
named after the cardinal who was minister to Louis XIII. Mine is alongside of
"Fantin-Latour" and the two intermingle in the garden. 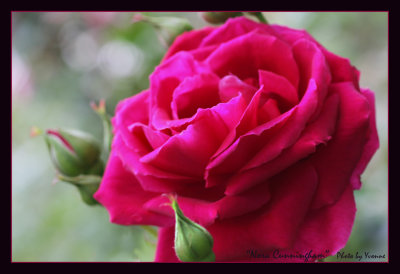 "Nora Cunningham"
A rose bred in Australia by Alister Clark, the breeder of the well-known rose "Lorraine Lee"
and named after a family friend who was a keen tennis player in her day. Although
a small climber, I have been training mine as a shrub and so far it has been working quite well.
Bred to withstand the Australian climate and to flower spring-summer & autumn until frosts might arrive. 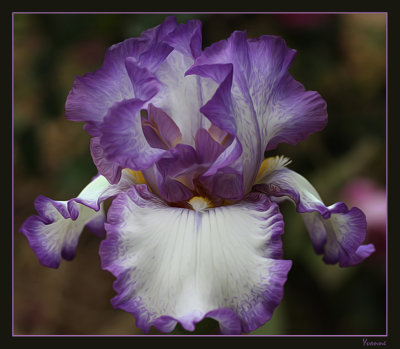 Tall Bearded Iris 3
This is quite similar to the first TBI I posted a few days ago, but the colour
is lighter and I believe the name is "Needlepoint" 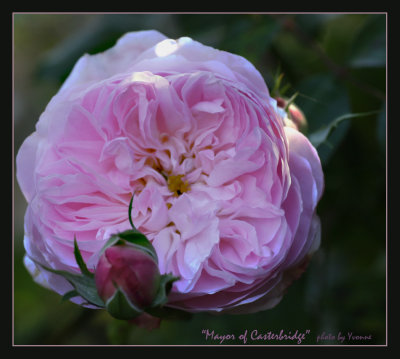 "Mayor of Casterbridge"
An Austin rose; quite a few of the roses bred in the Austin nursery have names of
literary characters, and this one is a tall (8 feet) upright fragrant shrub bearing small
clusters of these cup shaped blooms in the old-fashioned rose style.
Mine is growing next to a rose of similar colour and sized shrub called "Violina",
they look quite good together. 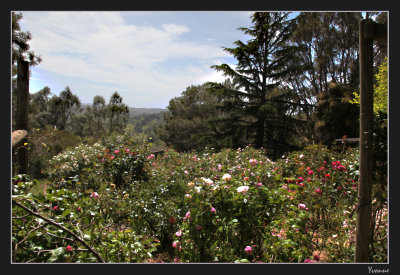 The view down the hillside
I'm standing at the top of the rose garden looking northwards to Mt. Lofty range in
the far distance - as you can see there are a LOT of roses between me and the view!
I love this time of year when the roses and leaves are freshly opened, though this
year we had so much rain the weeds got away from us and we had an outbreak of
black spot. We have sprayed twice now, and new leaves will soon replace those
that were diseased and fell off. Not all roses were affected by bs. Interesting
to compare the tough roses with those who can't handle dampness. 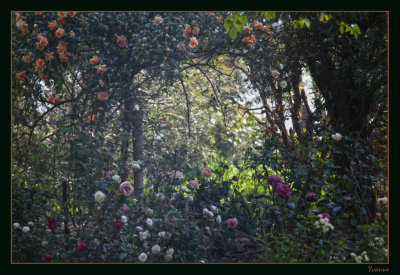 Under the weeping rose tree
I had problems getting this photo, too much sun kept peeping through the branches
of the surrounding trees, but I kept trying and this was the best of a handful
taken today to show the progress of the roses this spring. 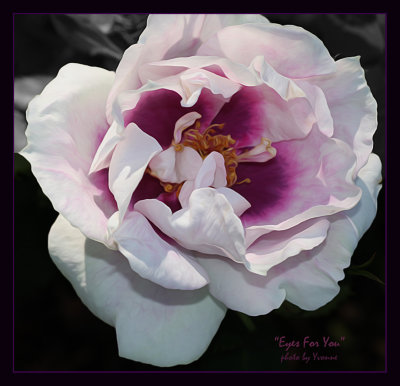 "Eyes For You"
A new rose just added to my garden this year... and this is the first bloom and it exceeds
my expectation.. such an unusual rose looking more like a hibiscus.. description by the
nursery follow. Check out "Help Me Find" for more details.
This is a fairytale story where hard work and good judgement have melded to produce
a truly wonderful new rose plant for gardeners everywhere.
The flowers are reminiscent of poppies and anemones, and are well perfumed.
Repeat flowering is good. This rose so is wonderfully easy to grow*. Bushy growth 1.2m X 1m. 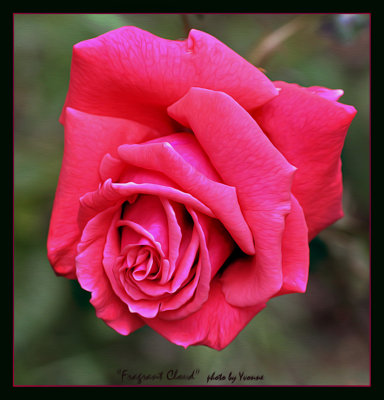 "Fragrant Cloud"
A popular and often grown rose today... we were introduced to this rose not
long after we had our first child, and I always associate the rose with her.
Its a black-spot magnet and has often been used in vineyards to indicate the
need for fungicide spraying, and the same thing applies in a rose garden.
What a wonderful fragrance this old favourite has! 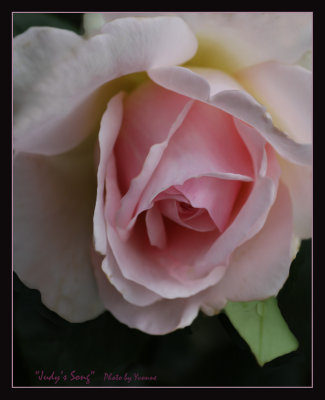 "Judy's Song"
This rose is so similar to "Mother's Love" with the exception perhaps that "Judy's Song" is a larger bloom
so I'm pretty sure I've got it right even though I took this photo a few days ago.
Judy's Song was named after the singer of "The Seekers" Judith Durham. The bush is of average height
and has a spreading habit. Plenty of fragrant blooms throughout the rose season. 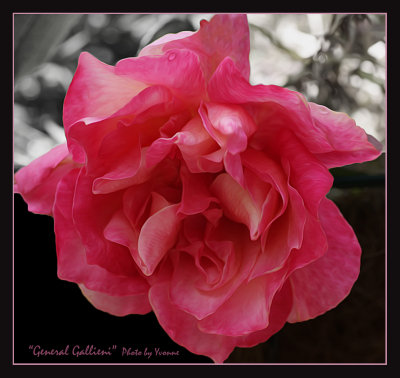 "General Gallieni"
This is fairly new in my rose garden, only been there about 3 years and looking quite
good this year with enough blooms for me to get a photo or two...
Its an old tea rose which in our hot weather turns to a cherry red, but luckily I
managed to get a photo while it still displayed other colours because we haven't really
had much hot weather yet. Named for the Governor General of Madagascar, and
bred in France, 1899. 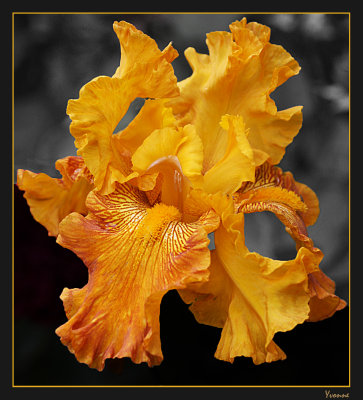 Tall Bearded Iris 2
I believe this one is called "Santana" but I could be wrong. Its years since
we planted a heap of named bearded iris, they have been lifted and placed in different
spots in the rose garden and this year they're looking the best they've looked
for years, must be all the rain we've been having! 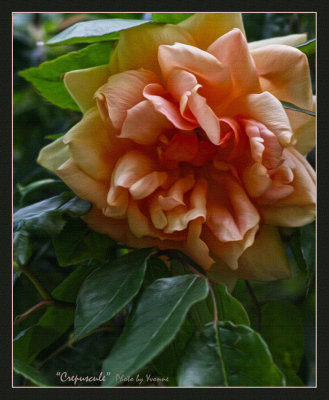 "Crepuscule"
An old Noisette rose, ours is a weeping rose trained on a tall stem, though we do have
another growing as a shrub in another part of the rose garden. A very long flowering
season, and it can be trained onto a fence to act as a hedge. Sweetly fragrant.
click on thumbnails for full image