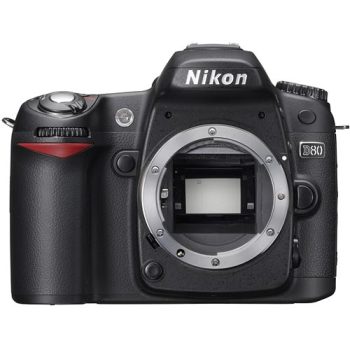 A nice 10 megapixel d-SLR that was introduced in Aug 2006 as the successor to the D70 I had wanted 2˝ years earlier. A natural D50 upgrade model (which I owned at the time), I instantly wanted it, but couldn't begin to justify it--it went for close to $1000, amounting to a $500 or so "upgrade penalty" vs my D50 which, along with my D40 later on, gave great images even at the 13x19 size as it was. So I responsibly socked our money away in savings instead.


It has a nice large viewfinder with gridlines and 11 autofocus points, large 2˝" LCD, fancy flash abilities, 2 command dials, lots of hard buttons, ability to set JPEG size/quality in RAW (Nef) mode, and much more. It is a real upgrade features/body-style wise vs my D50, even though image quality-wise the D50 (and the D40 I still have) is just fine. It is one my bigger deals.


Note: most of the time I shoot in RAW mode, if within the file's name you see "dj_b" that means I shot in RAW but converted the file to Adobe DNG Raw format and used that "Raw" file, if you see "rj_b" it means I probably used Nikon View NX to edit the original RAW file directly.