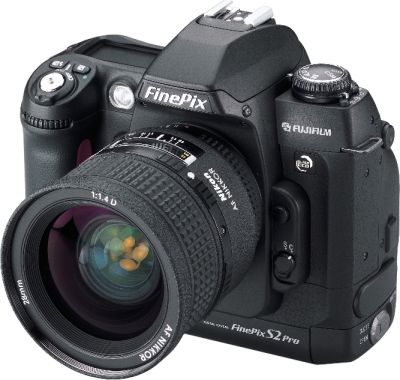 Bought this camera on 9-18-2007 from Phoenix Craiglist, only cost me $200 plus $18 shipping. What a bargain! It still had the box, a USB 2 Compact Flash card reader with 512 Card, even had the sensor cleaned before and even had the (optional?) AC adapter.

This camera is a 6mp d-SLR well renowned for its image quality, it is a hit especially with wedding/portrait photographers for its warm skin tones, and landscape photographers seem to love it too. Having sold my D50 recently and wishing for a body that wasn't limited to only AF-S lenses like my D40 is, I said what the hey and picked it up. It cost well over $2000 when it was introduced in 2002, and in 2007 it still went for $450-$500 very commonly. In fact, I had a pro photographer willing to pay $375 for it and even drive from Dallas to here (2 hr drive) to get it. I initially was going to keep it, because it is a good d-SLR and I got it for so cheap, but after a couple of days using it decided I'd be better off reacquiring my favorite all-time camera the Nikon D50. I sold this for $375 and found a D50 w/18-55mm for only $400 at PriceGrabber.Com, so in effect the net effect of this transaction was like getting the D50 w/18-55mm lens for only $225. You can't say no to that!

I enjoyed my time with the S2 Pro, and was tempted to keep it in part because of the "wow" factor in knowing how cheap I got it for yet how well regarded it is. Sanity ruled, and knowing I would do better with the D50 in the end I thus made that move. My owning this camera less than a week had NOTHING to do with any dissatisfaction with it, merely that I knew that with the D50 being a better "parter" for my D40 (more similarity with controls) and having faster operation especially in RAW mode, that was the way to go.