Everybody Has a Story | Shanghai Story | China on the Move | Abstractions | Shanghai Subway | Cityscape | Landscape | Story of Rachel | Portraits: Family, Friends, and Strangers | Grandma's 90th Birthday | Grandma and her Brother: Divided Still | The Mirror of My Soul | My Sky. 2003 | Greeting Cards | At the Gate of the Lion. 2003

Everybody Has a Story

An interview with 180 magazine 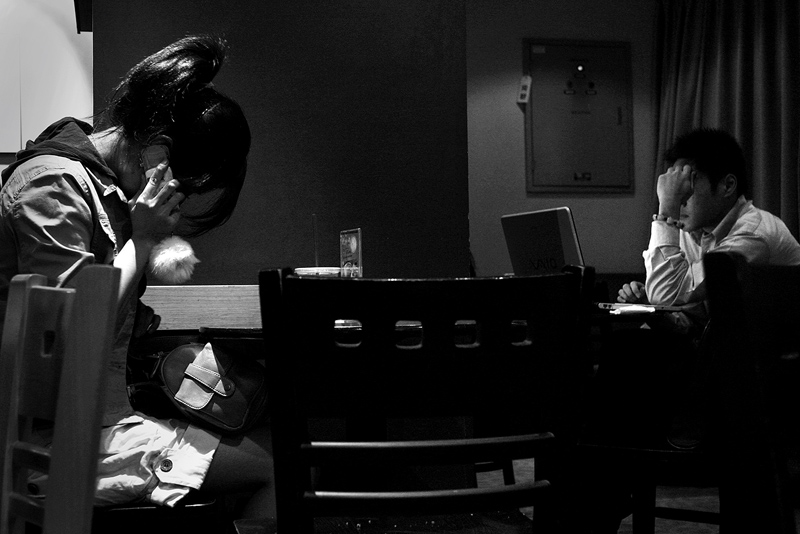 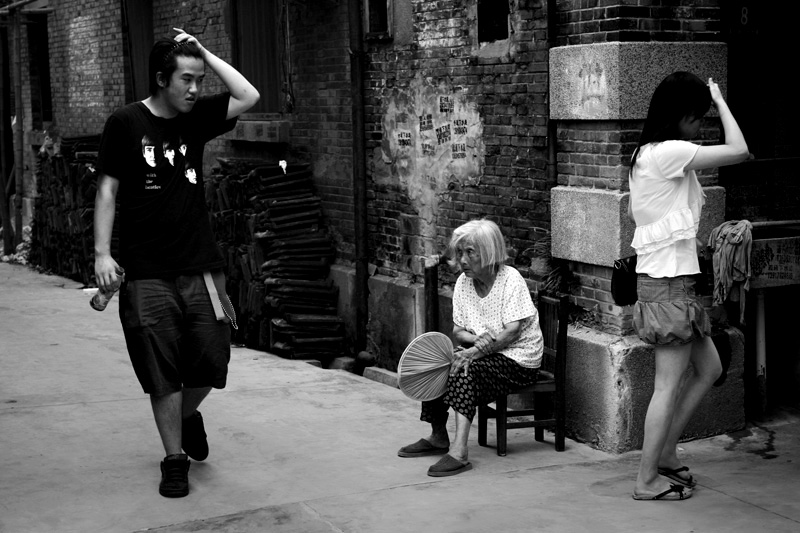 Henri Cartier-Bresson said " You don't take a photograph, the photograph takes you." That's what happened here. I was photographing an elderly woman holding a fan when two young people walked into my frame. I saw the moment and made this image. When I first looked at this image on my computer, I saw for the first time the strange expression on the woman's face, and noticed that the younger people were interested only in their appearances. The gap between generations can be clearly seen here. The young people moved on, leaving this woman behind. They never even noticed her.
11 comments leave a comment 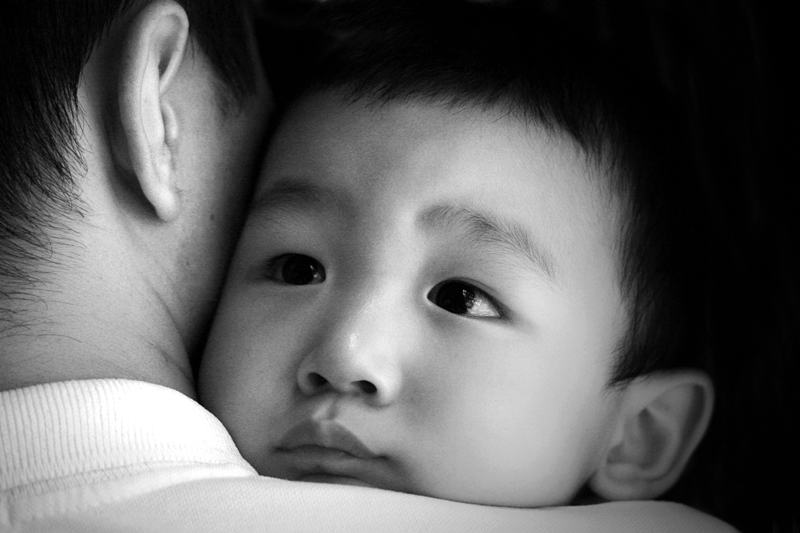 A father comforts his son on the seat of a Shanghai bus. Their ears seem to be listening to each other. I framed this image tightly to emphasize those ears, and bring a sense of intimacy to this image. The noise and chaos of the bus fades. In this moment, only the sound of love can be heard. 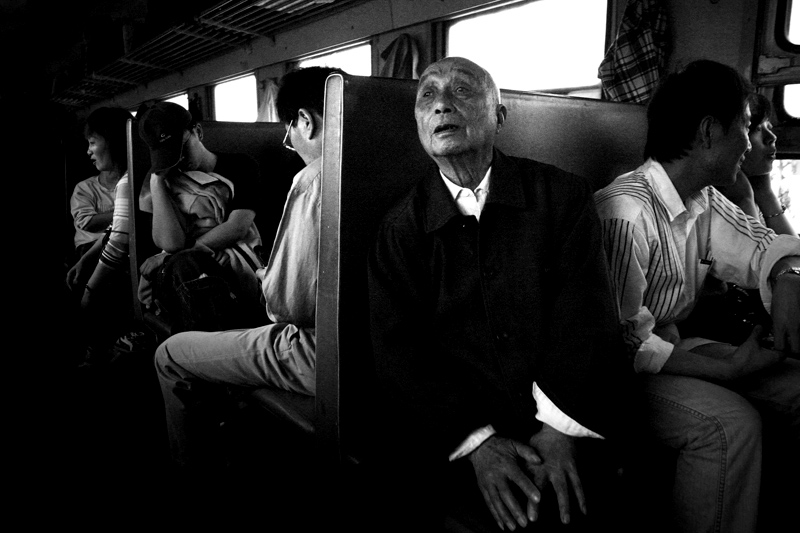 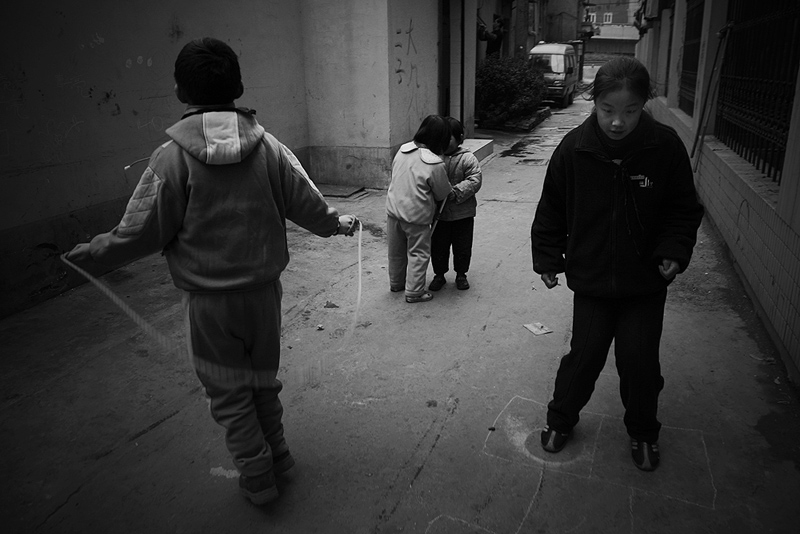 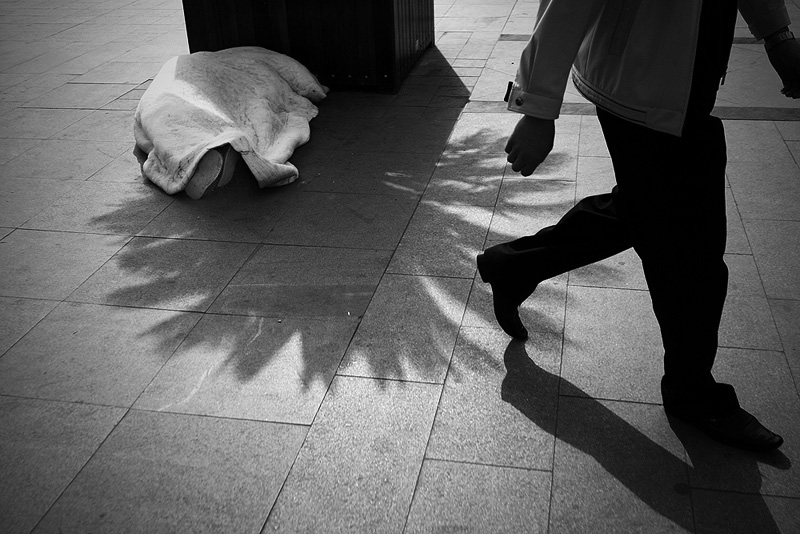 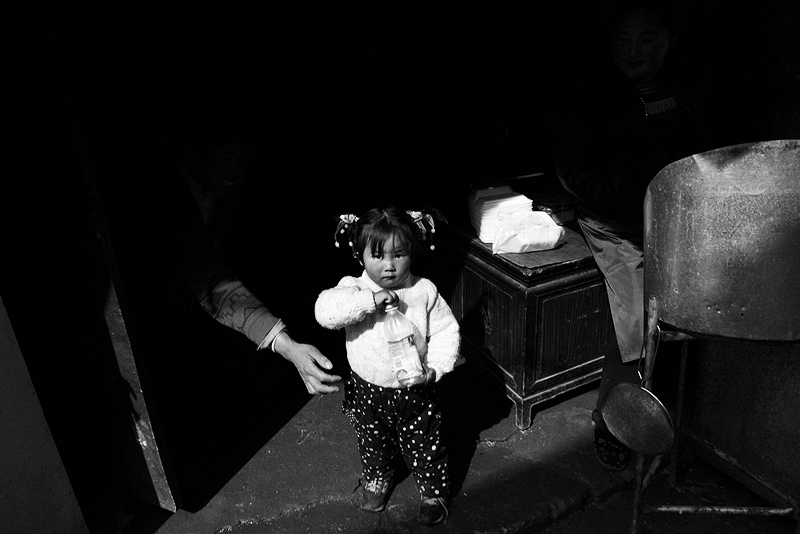 The parents of this little girl run a small shop in a local market. I was drawn by the light and the shadow and by the shy and curious nature of the child. She moved into the bright light, while her parents remained hidden in the deep shadows. I took a few pictures, and suddenly a father's hand reached out towards the child from the darkness. This is the moment that best tells the story.
7 comments leave a comment 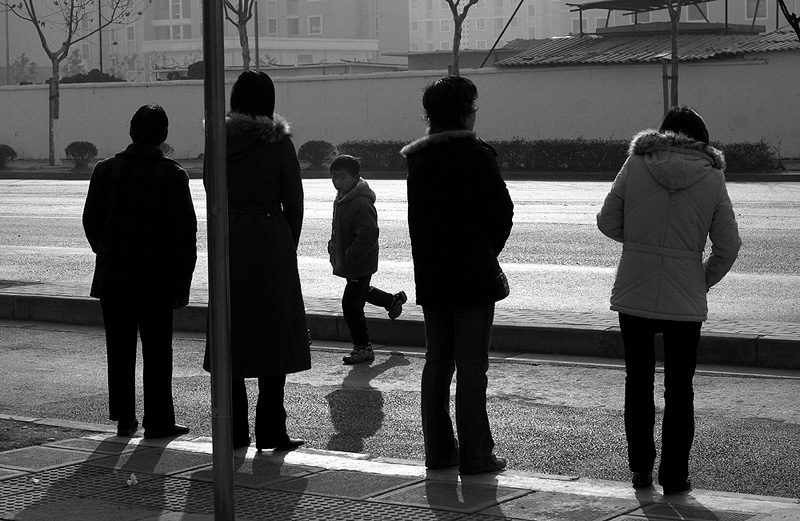 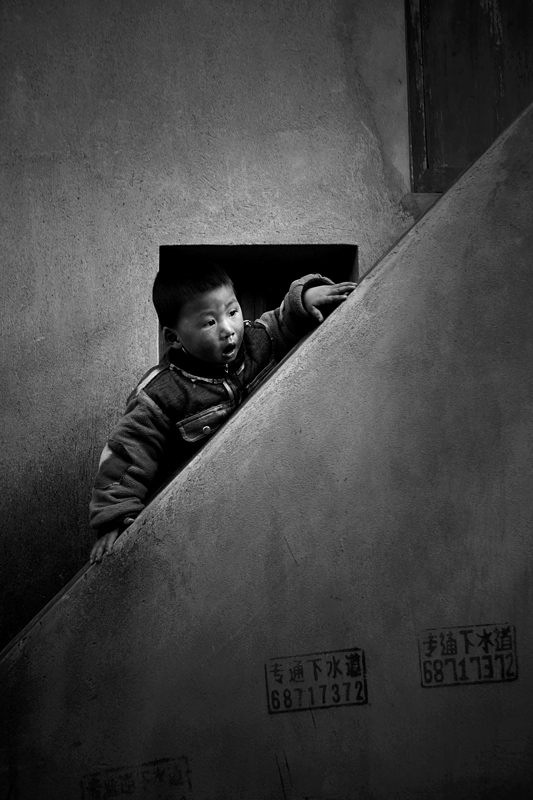 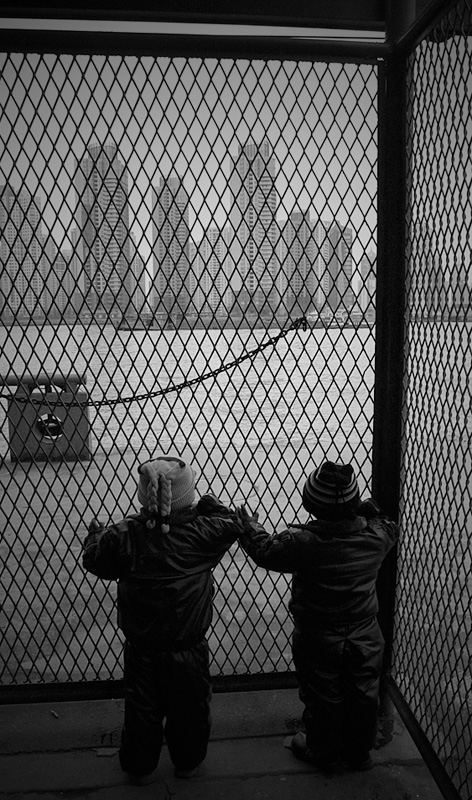 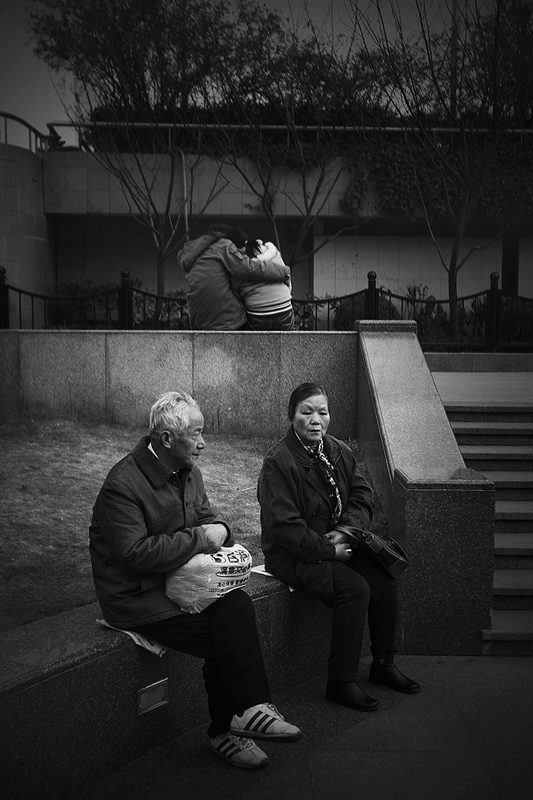 Two couples from different generations sit back to back, each in their own separate worlds. They would never understand each other. They embody different lives and loves. The older couple would find it difficult to acknowledge the presence of the young couple physically expressing their feelings on the wall behind them. Their own marriage might have even been arranged for them, a marriage that is more like a life long obligation -- a duty to be fulfilled. And that is exactly what they seem to be doing here.
10 comments leave a comment 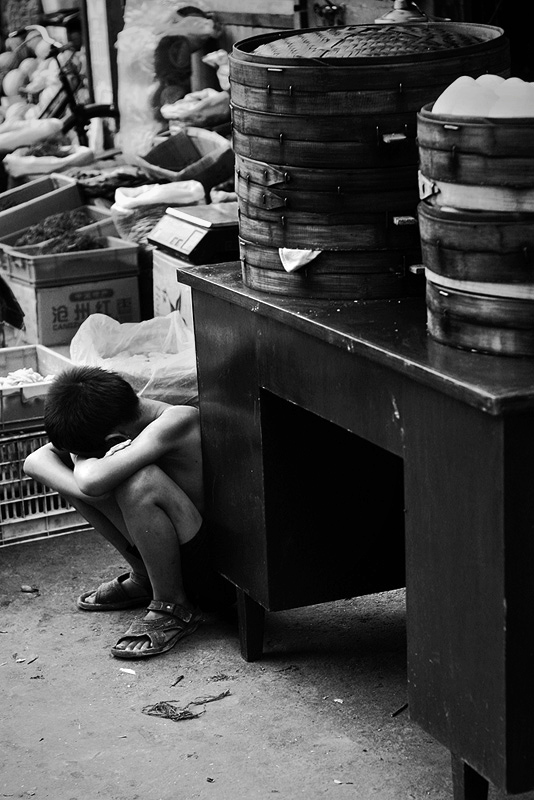 A son of a street vendor is resting by his family's stand. When I saw this boy, my heart sank. He should be studying at school or playing with friends. Instead, he seems exhausted and overwhelmed. The burdens of life have already fallen on his young shoulders. They are heavy, and come too early for him.
6 comments leave a comment