Everybody Has a Story | Shanghai Story | China on the Move | Abstractions | Shanghai Subway | Cityscape | Landscape | Story of Rachel | Portraits: Family, Friends, and Strangers | Grandma's 90th Birthday | Grandma and her Brother: Divided Still | The Mirror of My Soul | My Sky. 2003 | Greeting Cards | At the Gate of the Lion. 2003

Grandma and her Brother: Divided Still

My grandma and and her long separated brother from Taiwan came to visit us recently. Grandma is now 90 years old and her brother is 84 years old. Back in their 20s, they had left home to pursue separate dreams. Grandma joined the Communist Party, while her brother joined the Kuomintang.

As we know these two parties have been in conflict for more than 50 years -- even now, the realtionship between China and Taiwan is still very tense. Grandma and her brother haven't seen or spoken much to each other over the past years. They finally got the chance to stay for a few days together on neutral ground -- our house. Their different beliefs still bring arguments between them. No matter how close they are, or how much they may love each other, neither will give an inch when it comes to politics.

This three picture story defines their attitudes, which seem to mirror, in a way, the gulf that divides China and Taiwan. 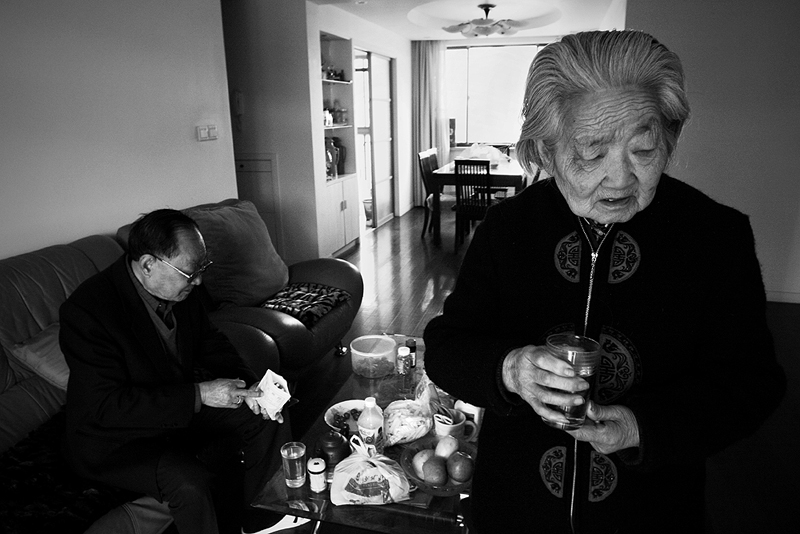 Taking Morning Pills, Shanghai, China, 2005
My grandma and her brother are getting ready for their morning pills. When they were young, they were tireless and fearless soldiers. Now they depend on medicines to keep functioning. They may have changed physically over the years, but their loyalties to opposing political parties remain unchanged. They have just had a political argument, and, as always, it ends in a stalemate.
3 comments leave a comment 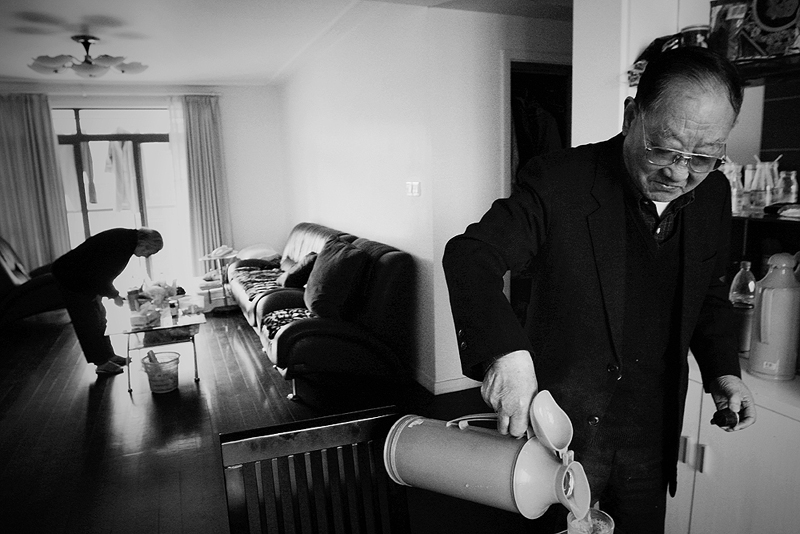 Distance, Shanghai, China, 2005
Getting water for his pills, it is now the brother who turns away from his sister. After an argument, they retreat to their own space, as if distance will somehow lessen the pain and frustration they must feel.
3 comments leave a comment 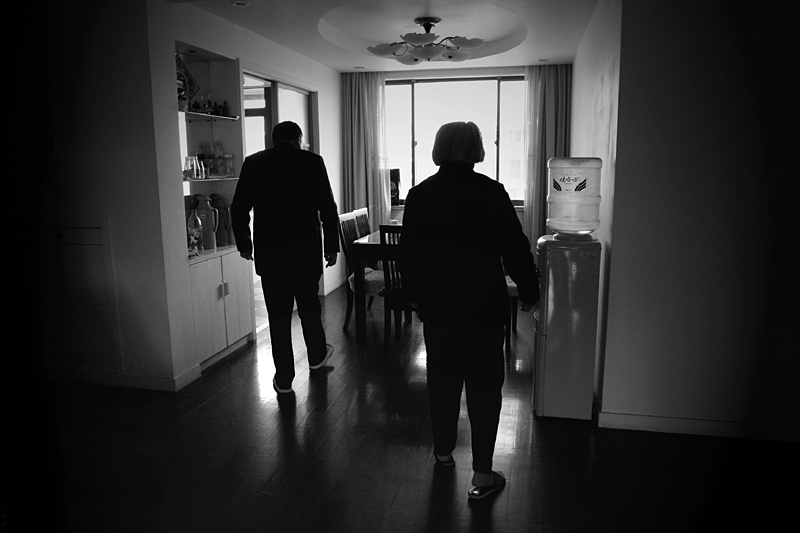 We are Family, Shanghai, China, 2005
Although the political differences remain, my grandma and her brother are still bonded together -- the same blood flows in their bodies, and as they grow older, they can still love and support each other spiritually. I see them here as walking towards the same place. I hope they eventually can heal the wounds that separate them -- just as I hope that Taiwan and China can someday resolve their differences to become a family once again.
5 comments leave a comment