We're not great travelers, but every year we seem to include the Clare Valley
or the Riverland. Here are some of our travels.
Tothill Ranges, Conservation Park, Porter's Lagoon. 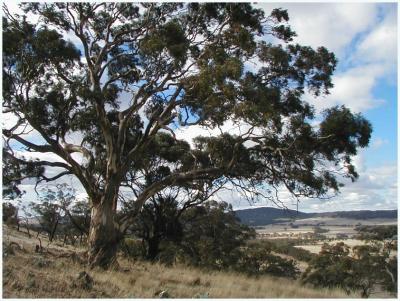 Where farming land meets the station country.
The River Murray 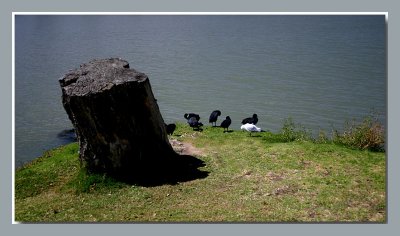 This river is our life-blood - we live in the driest state in the driest continent. During the summer months we often need to top up our water supply by pumping water from the Murray. We spent a day by the side of the river and here are a few photos. ~ Try the SLIDE SHOW option ~
The country road 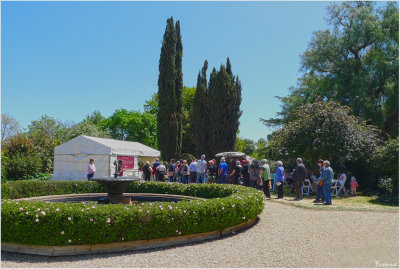 Farming in Australia - beginning with a selection of photos taken on a small family operated grain farm & surrounding area. Every year we drive up to our friends to collect a load of pea-straw to use as a mulch in our rose garden. Interesting to compare the dry 2004 with a very wet 2005! UPDATED Sept. 2007 with a few photos taken in the little township of BALAKLAVA. UPDATED October 2019 a day trip to see an open garden north of Kapunda.
Southern Australian Shores 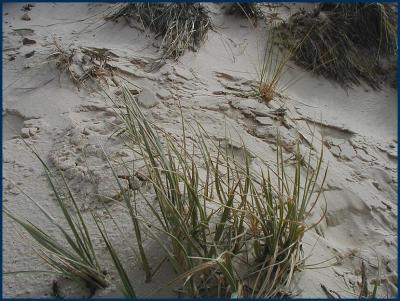 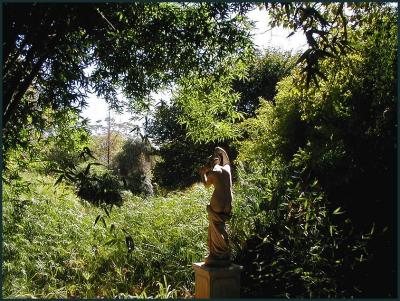 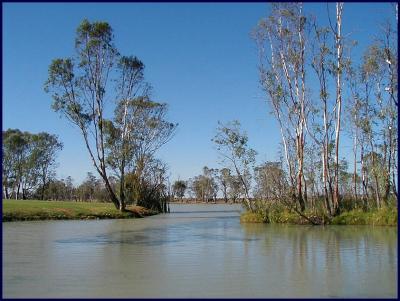 Southern Australia relies on one river - the water used for irrigation, recreation and drinking. Here are a few photos taken during a short vacation near the banks of the River Murray. ...Once a jolly swagman camped by a billabong under the shade of a coolibah tree... and he sang as she shoved that jumbuk in his tuckabag you'll come a-waltzin' matilda with me...
Portland Victoria (Australia) 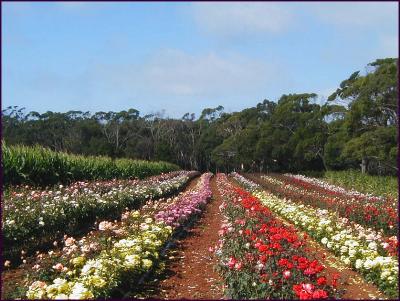 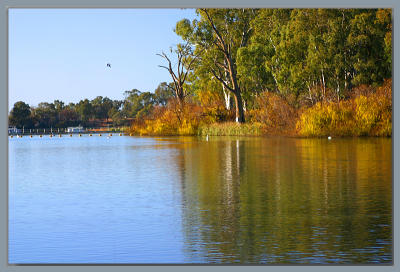 About 400-kms inland by the side of the mighty River Murray an inland city and hub of the outback towns both sides of the state border of Victoria/New South Wales. We were there June 11th to 16th 2006 and visited several spots on the river, visited a spot where the River Darling meets the Murray and the Inland Botanic Gardens which features dryland plant life and a myriad of birds besides a huge rose garden with thousands of roses... A couple of photos taken at Trentham winery can be found http://www.pbase.com/yvonneii/trentham
Historic Mintaro. 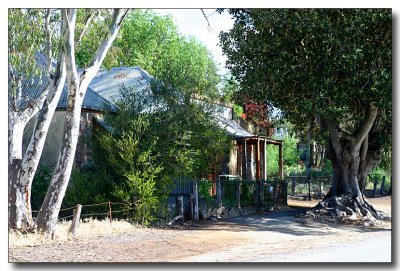 Established in the 1850's as a stopping post for the teams transporting copper from Burra to Port Wakefield. Homes and public buildings were constructed to provide services to these teams. The town's historical significance was recognised in the 1980's when it received a State Heritage listing. Many of the individual buildings which you can visit and where you can stay are on the State Heritage register. A quiet little hamlet with a population approximately 80.
Burra & the Burra Gorge 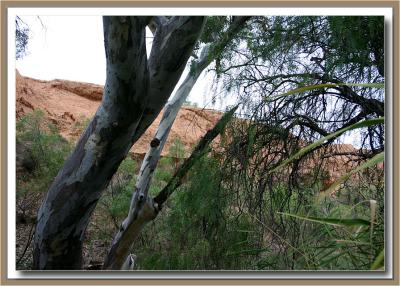 Now a nature reserve where once the Ngadjuri people wandered alongside the Burra-Burra Creek several kilometers out of the old heritage Copper township of Burra. Back in 1845 a couple of shepherds discovered copper which caused a population expansion. Men women and children lived in tiny dugouts in the banks of the Burra Creek. Scots, Cornish, Welsh and English lived in tiny separate villages. Trees were stripped to feed the furnaces and smelting works. We spent an afternoon enjoying the ambience of the gorge - and I had my camera with me.
Barossa area - home to early German settlers. 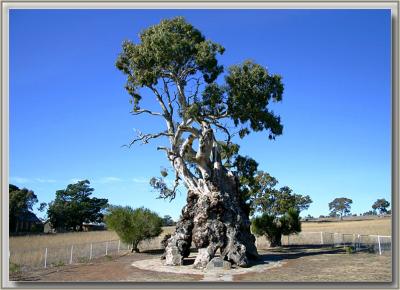 Beginning with the Herbig Family Tree - which is still standing & is estimated to be about 400 years old. Friederich Herbig began establishing his rough but cosy home in 1855. He continued living in the tree for 3 years then married in 1858. They continued living in the tree with the first 2 of their 16 children. By 1860 a 3rd child was on the way, they decided to build a pine & pug hut followed a stone cottage at a later date as their family increased. I have started a new gallery, see here http://www.pbase.com/yvonneii/late_wint_barossa_09 Here's a link re the history of the area ...http://www.southaustralianhistory.com.au/barossa.htm
click on thumbnails for full image