Various day trips - mainly close to where we live.
Crafers and Mount Lofty in the Adelaide Hills. 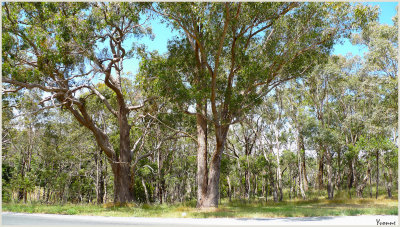 The Mount Lofty Ranges has many tiny towns, Crafers has become a suburb on the edge of the metropolis of down town Adelaide, the capital of South Australia. We recently visited and stayed overnight in Mount Lofty House and this gallery will feature some of the photos taken. Also a few en route including the first image.
The Ruins of Marble Hill and other interesting local places. 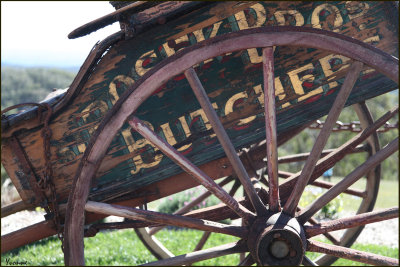 Our State of South Australia is holding a History Festival throughout the month of May and one of the first off the block, actually the last weekend of April, was Marble Hill Ruins that are being painstakingly repaired. 62 years ago this once-proud vice-regal residence was destroyed by fire. New owners who bought the site in 2009 plan to restore it and move in to the residence. A handful of photos will feature in this gallery, along with any others that we visit during the month of May.
City of Adelaide and suburbs 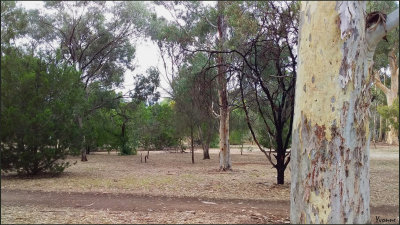 Named in honour of Adelaide of Saxe-Meiningen, queen consort to King William IV, the city was founded in 1836 as the planned capital for a freely settled British province in Australia. Colonel William Light, one of Adelaide's founding fathers, designed the city and chose its location close to the River Torrens, in the area originally inhabited by the Kaurna people. Light's design set out Adelaide in a grid layout, interspaced by wide boulevards and large public squares, and entirely surrounded by parklands. As South Australia's seat of government and commercial centre, Adelaide is the site of many governmental and financial institutions. Most of these are concentrated in the city centre along the cultural boulevard of North Terrace, King William Street and in various districts of the metropolitan area. Today, Adelaide is noted for its many festivals and sporting events, its food and wine, its long beachfronts, and its large defence and manufacturing sectors. It ranks highly in terms of liveability, being listed in the Top 10 of The Economist's World's Most Liveable Cities index in 2010, 2011 and 2012. It was also ranked the most liveable city in Australia by the Property Council of Australia in 2011, 2012 and again in 2013. [Wikipedia]
Touring through the Adelaide Hills 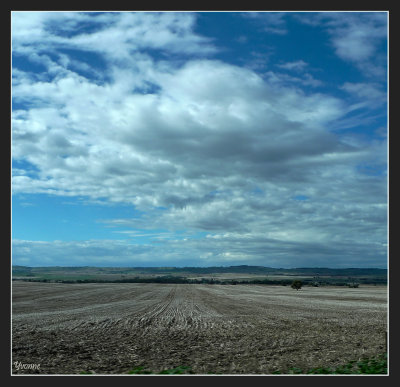 We often drive through the Adelaide Hills to avoid the city, its a much pleasanter drive with no traffic lights, and an easier way for us to travel from south to north. This gallery will consist on lots of drive-by shots and others taken in this area.
The Murray River, lifeline of our state 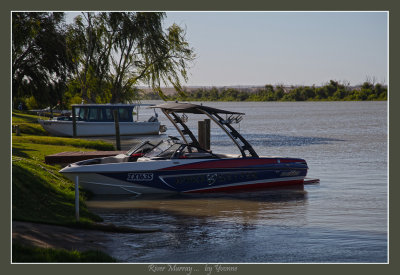 The only wide stretch of river in the state of South Australia, and it already has passed through New South Wales and Victoria - often by the time it reaches our state, especially during droughts, there's not much of it left. This gallery includes river towns and country side close enough for a day trip. The first photos taken at Murray Bridge...Murray Bridge is in the traditional lands of the Ngarrindjeri people, who refer to Murray Bridge as "Pomberuk". The first European explorer was Charles Sturt who camped there on 8 February 1830.
Blackwood in the Adelaide Hills 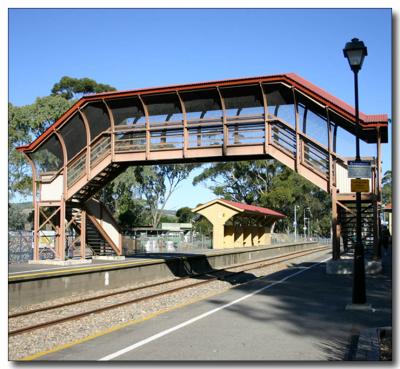 We've watched this tiny hills town develop into an outer suburb though it still retains the charm of previous decades. More to come at a later date.
Clarendon on the banks of the Onka 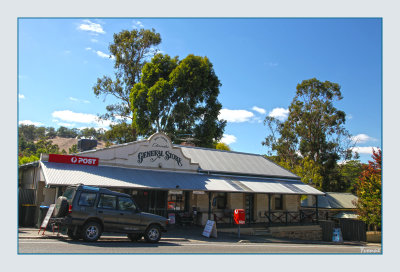 A pretty bridge spans the Onkaparinga in this tiny township, just down the road from where we live. Established in 1864 by English settlers, it soon became a farming, dairy and orchard area supplying the city, Adelaide. Nestled in the picturesque gullies, it still retains much of this rural atmosphere with some wonderful examples of heritage buildings of the late 1880s. Now only 5 kilometres from the sprawling Adelaide suburbs, it is a welcome rural haven for tourists, walkers, cyclists and those seeking an Australian bushland and river recreation setting. It also borders the magnificent winery tourist route of the world famous McLaren Vale district.
Hahndorf - where the Prussians settled. 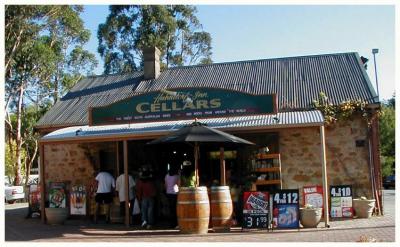 Hahndorf's first settlement took place in 1839 when Prussian Lutheran families arrived. The name "Hahndorf" was derived from Captain Dirk Hahn of the ship named 'Zebra', which arrived in Adelaide in 1838 with a party of immigrants from the Eastern Provinces of Prussia. More information about settlement http://www.teachers.ash.org.au/dnutting/germanaustralia/e/chron/chron1.htm
Historic Coromandel Valley 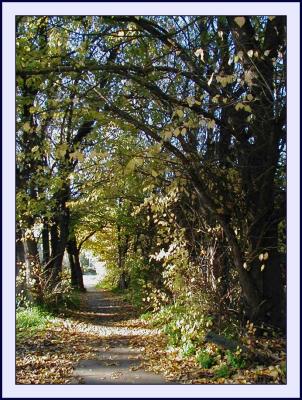 A small hills town on the edge of suburbia that can be traced back to the early 1800's when a group of settlers sailed from England on the sailing ship "The Coromandel". A sample of the history of the little town is featured on this gallery.
Jupiter Creek Gold Diggings 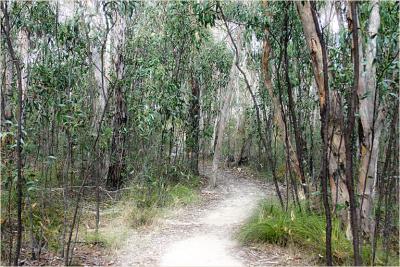 Echunga We entertained a couple of grandchildren by taking them to a nearby conservation park that was once some gold diggings. It is a 3K walk on winding paths before you come to fenced off holes in the ground. Grandchildren returned from the walk with heavy pockets and imaginery nuggets of gold.
Monarto Zoological Park 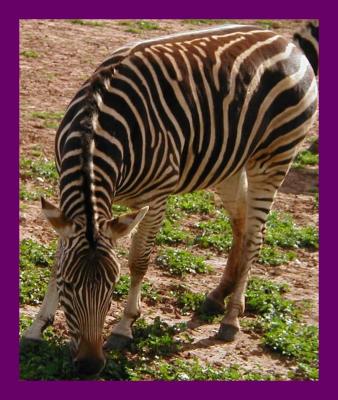 A 1,000 hectare open-range sanctuary undertaking a major role nationally and internationally in breeding programs for rare and endangered species. This unique adventure features the only drive through cheetah habitat in Australia; South Australia's first ever Southern white rhinoceros; Australia's largest giraffe herd and the largest revegation project of it's kind in South Australia's history. Adventurous safari bus and walking tours operate every day of the year which are led by trained volunteer tour guides. All photos taken from the tour bus, some through the window when we were forbidden to open them..e.g., the cheetah enclosure. For more information http://www.monartozp.com.au/dir24/ws.nsf/Publish/1122
Mylor - a tiny hills township. 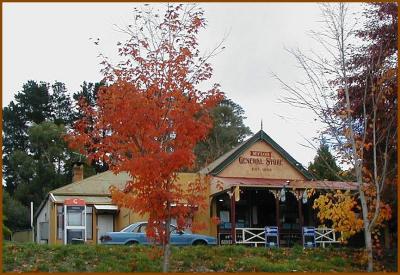 A tiny hills township in the Adelaide Hills is 15 minutes drive from our place. The little town has survived 2 major bushfires - the centre of the town survived unscathed...
Oakbank on Onkaparinga 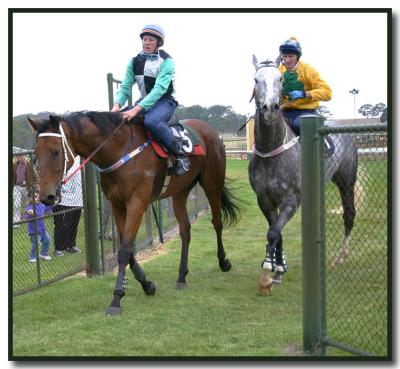 Settled by the Johnston family in 1839 who created a brewery by the Onkaparinga riverbank. The town is most famous for the Oakbank's Easter Racing Carnival - in particular the Great Easter Steeplechase. Today (March 21 - 2005) we had babysitting duties, when the local school had a "child-free day" - so off we traipsed to Oakbank to watch the hurdling & steeplechase trials. Here are a small sample. I intend to take photos of the town at a later date. The name comes from the Oak Bank district of Glasgow, from whence the Johnston family came.
South (Australian) Coastal Areas 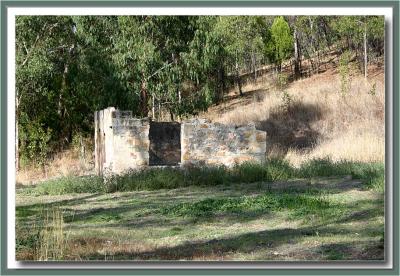 And the Almanda Mine. Copper ore was discovered here in 1850. a shaft was sunk to 9 metres and the mine named Wheal Maria. A small quantity of ore was removed but the shaft was soon abandoned. In 1862, the mine was reworked under the new name Wheal Mary Anne and a shaft sunk to 27 metres on the eastern side of the property. A few dray loads of ore were removed but the mine was abandoned again by 1865. In 1868, William Ey, a German assayer, recognised that the ore was rich in silver and soon after the Almanda Silver Mining Association was formed. This led to a rush for mineral claims along Scott Creek and several other mining companies were formed. Work commenced in mid-1868 and a primitive crushing and concentrating plant was installed. This proved inadequate and a more powerful plant was erected in 1869. Operations proved uneconomic and ceased by 1870 after producing about 10,000 ounces (310 Kg) of silver. The mine was reworked periodically between 1877 and 1887. Detailed exploration including diamond drilling was conducted by the S.A. Department of Mines between 1968 and 1972. THE TRAIL. The mine is now located in Scott Creek Conservation Park, managed by the National Parks and Wildlife Service. More about the park can be found here http://homepages.picknowl.com.au/peters/introduction.htm More photos to come later in the year..
click on thumbnails for full image