There are about 56 covered bridges left in Oregon, 50 of them still in use, where there once was a total of over 600. Since 1987 Oregon has passed legislation to help fund preservation of these bridges. Because of the availability of timber, covered bridges were constructed well into the 1950's. 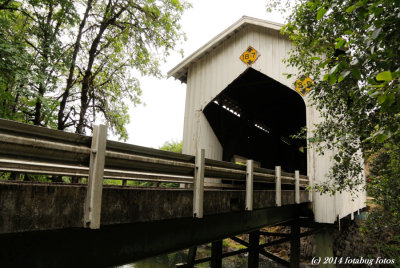 The Cavitt Creek Covered Bridge is located near Glide, Oregon, west of Roseburg, in Douglas County. I was able to add it to my list of photographed covered bredges of Oregon. See the gallery of others at - http://www.pbase.com/fotabug/covered_bridges
4 comments leave a comment
<< Belknap Covered Bridge >> 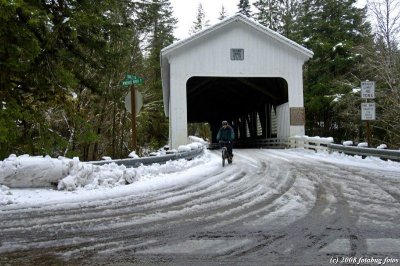 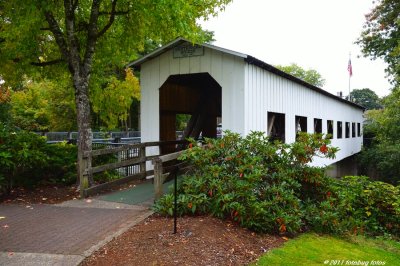 This bike/footbridge was built in 1987 from parts of two torn down covered bridges to commemorate the 100th anniversary of Cottage Grove. It stands in downtown Cottage Grove.
10 comments leave a comment
<< Chambers Covered Railroad Bridge >> 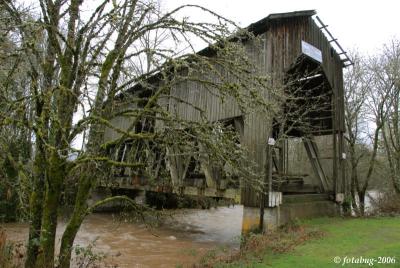 This bridge has gone through a total rebuild and is located on a trail in the Cottage Grove park system. The rebuilt bridge was dedicated on Dec. 3, 2011. For more information and some history, go here - http://www.cottagegrove.org/chambers.html
8 comments leave a comment
<< Chitwood Covered Bridge >> 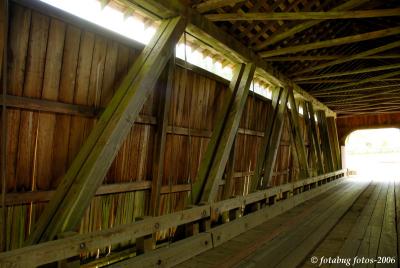 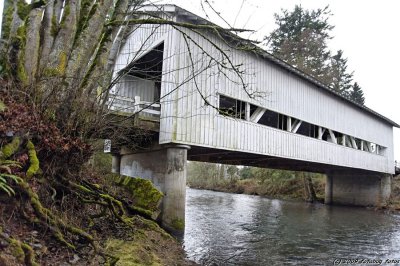 This bridge is f Howe construction and was built in 1932. It is 105 feet long and spans the Calapooia River. The bridge is named for Philemon Crawford the founder of the city of Crawfordsville. It is no longer in use, having been bypassed by a new bridge alongside. In 1976 the bridge was featured in the movie, 'The Flood.' It is now the focal point of a county park.
7 comments leave a comment
<< Coyote Creek Covered Bridge >> 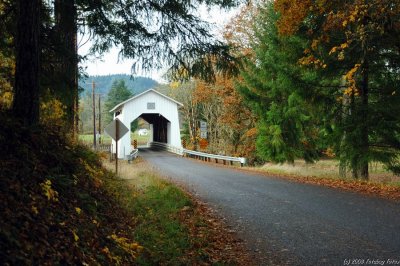 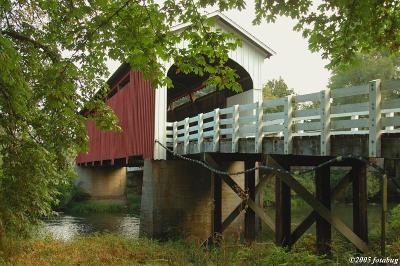 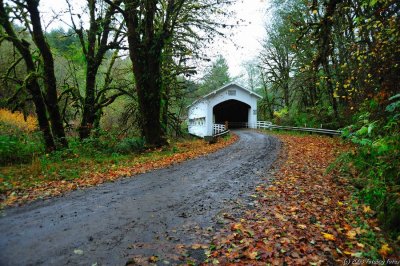 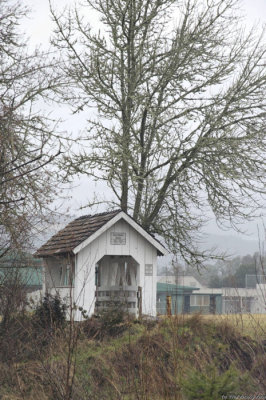 Located in Sweet Home Oregon, this bridge was built in 1989 by the Building Trades class, conducted by Ben Dahlenburg. The class designed and built the bridge as a class project. It is located in Sankey Park along with the Weddle Bridge. It is a small scale copy of a full-sized Howe truss bridge, using 4x8 and 4x6 timbers. It is eight foot wide and twenty feet long.
7 comments leave a comment
<< Dorena Covered Bridge >> 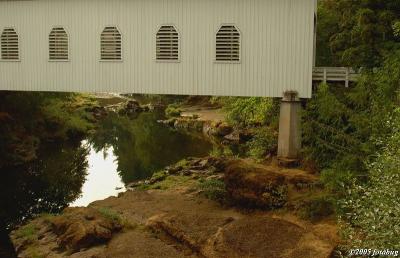 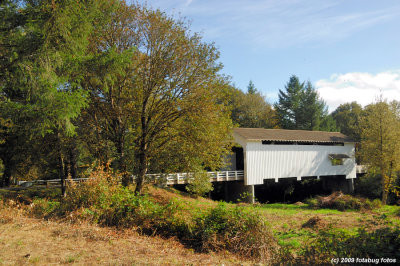