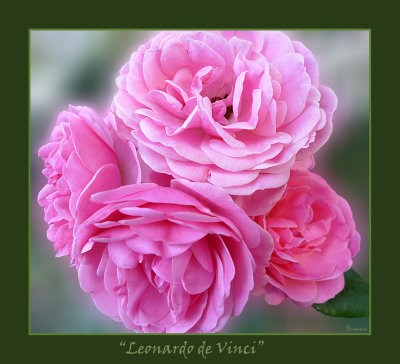 "Leonardo de Vinci"
A very interesting and worthwhile rose to grow.. marketed by Meilland and named after artists and poets to meet a perceived need for roses
"that characterises the old fashioned in style while imbued with modern day qualities of disease resistance and repeat flowering"
The lightly scented blooms are large and grow in small clusters at the ends of
long canes. The bush is suited for growing as a hedge or in beds with similar height bushes. Bred in France and released onto the market 1994. 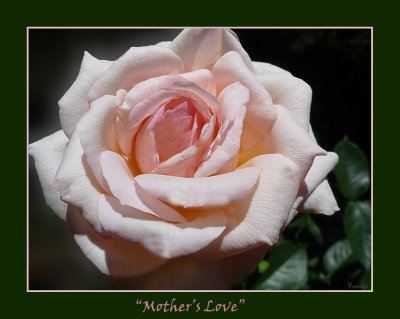 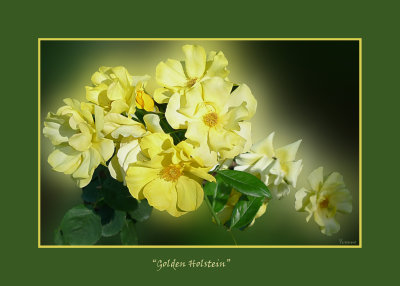 "Golden Holstein"
A cluster flowering rose (floribunda) with 7-9 blooms per stem in all shades of
gold when first opened to a lemon-yellow as they fade. A very showy bush in
the garden and a very long flowering season. Bred in Germany by the well-known
nursery of Kordes released onto the market in 1989. 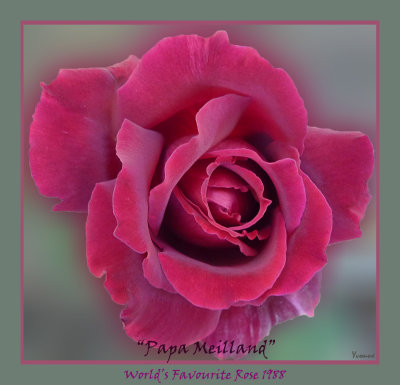 "Papa Meilland"
This is the 3rd time we've included this rose in our garden, the first 2 failed.
I have grown the rose before many years ago, and friends have it growing well
for them. Third time lucky we hope. Alain Meilland named this rose as a tribute
to his grandfather Antoine. The rose is very fragrant so I am keen for it to do
well this time. 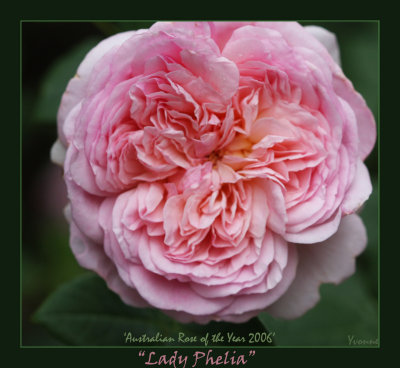 "Lady Phelia"
This is the first time I've photographed this particular rose. It was a gift from
a rose nursery for me to trial. It took a few years to get going, but this year
it is a treasure in the garden, plenty of gorgeous cupped blooms. To quote from the catalogue "It was one of a new range of Australian hybridised roses
with heritage and modern varieties in their breeding. All enjoy Australian sunshine and flower continuously from spring to early winter".
The breeder was George Thomson. 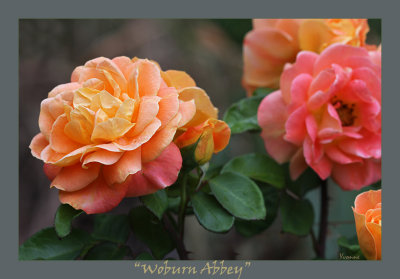 "Woburn Abbey"
This one is fairly new in my rose garden, the recent rains have encouraged
my bush to grow and flower quite well. The name is from the stately
home of the Dukes of Bedford. Bred in the UK & released in 1962. 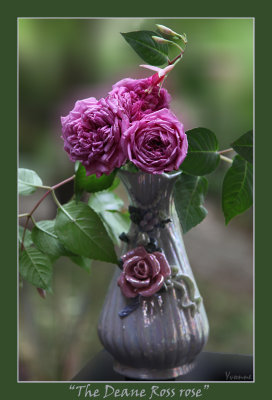 The rose called "Deane Ross"
To quote from the catalogue...
"This rose was created by George Thompson in 2004 for the late Deane Ross. With a true damask-rose
fragrance, the richly coloured blooms are tightly ruffled and fluted,
reminiscent of the old fashioned roses. Of interesting colour blends this rose is
instantly appealing. Continual flowering for eight months of the year on a neat low bush."
A little optimistic with the length of its flowering season, mine starts late
in spring with plenty of blooms.
This arrangement was from a cane that was felled by the wind with 3 blooms
accompanied by me cutting back a stem of fuchsia was was impeding the pathway. 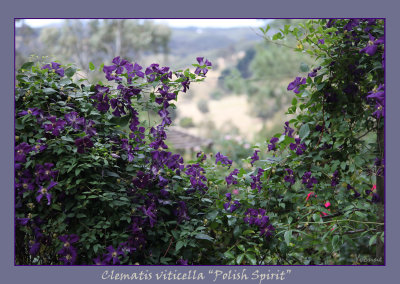 CLEMATIS viticella "Polish Spirit"
Looking beautiful at the top of the rose garden... I never touch it, and am not
sure whether it gets watered, but at this time of year we suddenly remember it
is there. 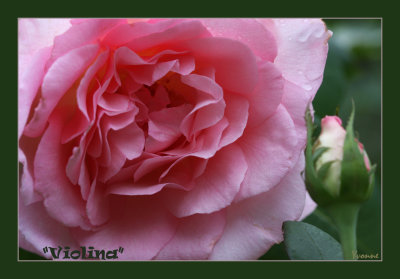 "Violina"
A very tall and wide shrub rather than bush rose...plenty of blooms, though they
don't like wet petals. Luckily this photo was taken before we had a downpour. In
our usually dry climate this rose thrives, and a bunch of these very large blooms
make a very attractive bouquet in a vase.
Bred by Mathias Tantau, Jr. (1912 - 2006) (Germany, 1990). 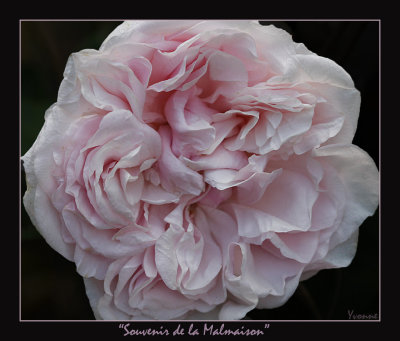 "Souvenir de la Malmaison"
This lovely old scented Bourbon rose is quite famous being named
for Empress Josephine's home in Paris. One of the first
to bloom in early spring in our climate, it tends to ball in
wet weather, but as she produces numerous buds, one can be lucky
and have unspoiled blooms occasionally. From 1843.
I also have "Souvenir de St. Anne's" a sport from S.d.l.Malmaison
and the sport has no problems with the wet weather. 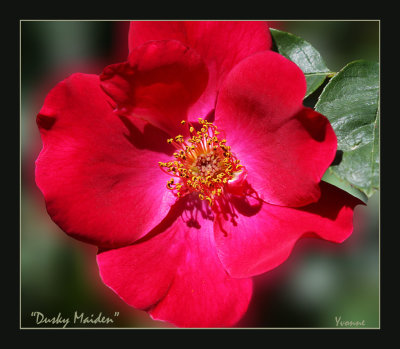 "Dusky Maiden"
This isn't a new rose in my garden... we've had it for quite a few years.
It grows in another part of our property in a line of paint-brush lilies.
An old rose been around since 1947 and bred by a breeder I rather like
called LeGrice, from the U.K. He tends to breed unusual roses, and this
is a very attractive one to grow, bearing clusters on an upright and
sturdy bush. It resides alongside a park bench and seat popular
with members of our family. I'm not sure if it is still available commercially,
does anyone know this rose? 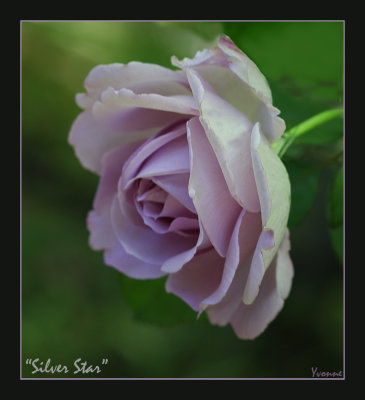 "Silver Star"
I couldn't find anything in my books, so looked on "Help Me Find Roses" and discovered
it was displaying a photo by me! :)
My rose is a bit finicky to grow, but worth while because of these sweet little
blooms that smell like violets! It was a German bred rose by the well-known
breeder Kordes.. and dates from 1966.
click on thumbnails for full image