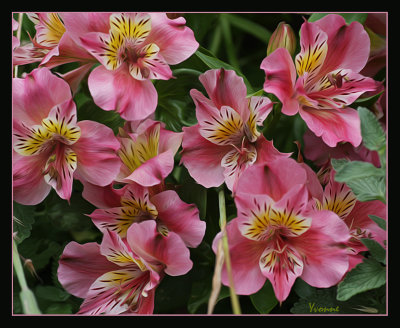 Another patch of Alstroemaria
Once you have these growing its a very easy thing starting new patches...
all okay until Flossie takes it into her head to go skinking! 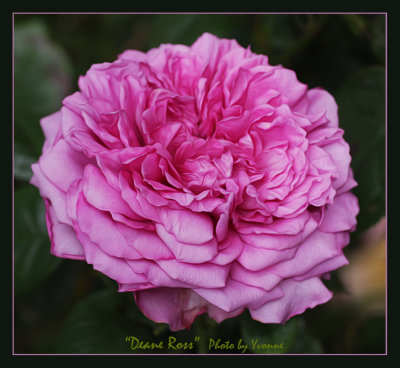 The "Deane Ross" rose
Named in honour of Deane who took over from his father and grandfather to run a rose nursery in the state
of South Australia. He became an authority on the old roses he found them most diverse and interesting, and he also
wrote several books. When we started our rose garden Deane helped me with
the layout and promised to come and see it after a decade, but unfortunately he never made it because he died. The nursery
gave me the rose that was locally bred and named "Deane Ross" to plant in my rose garden,
and it resides near the main pathway to the gazebo. Not a tall rose, low and leafy with plenty of blooms. 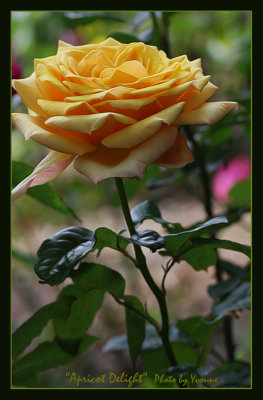 "Apricot Delight"
This is a rose that has been in my rose garden for quite a few years, we nearly
lost it when Dick was weeding with Round-up, a herbicide, and it has taken
many years to recover. Unfortunately I'm not really sure of the name, and I
can't find any information about "Apricot Delight" apart from the fact it could
be a Delbard rose that is no longer available. If anyone recognises the bloom
please let me know... it is a huge bloom and seems to have enjoyed all the
wonderful rainfall we had this year and responded well. The blooms are long lasting
on the bush. 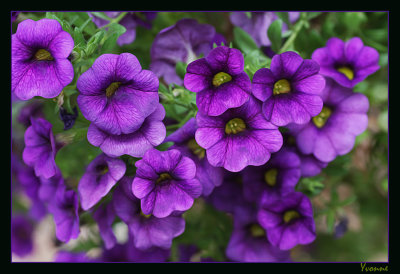 Calibrachoa
A hanging basket of calibrachoa, this one hangs in our car port, but this year I have
added various colours of this little plant in other parts of the garden and balconies.
I will add more of these as time goes by. 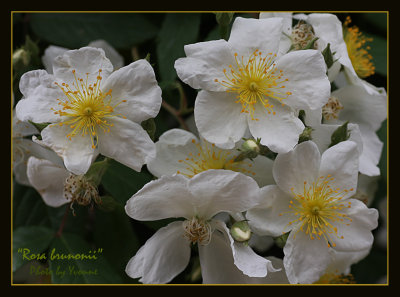 "The Himalayan Musk rose"
Or as it is known "Rosa brunonii" so different to yesterday's being one of the latest
roses on the market to one of nature's gifts, found in the Himalayas in circa 1823. Its a
vigorous climber and is a third of the way up one of our cedar trees, and is at
present in full bloom sending a magnificent fragrance through the back door of our
home. Following this massive display - its a spring only bloomer - bright little
orange hips follow in late summer/autumn. 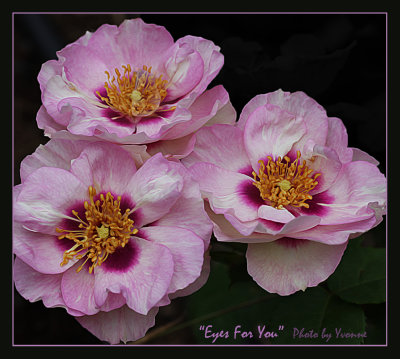 "Eyes For You"
Another photo of this new rose in my garden showing more pink because of the
warmer weather arriving... the pink soon fades and you have clusters of pink roses
alongside white. There is a continuous flowering, more buds coming on and at
various stages of opening. 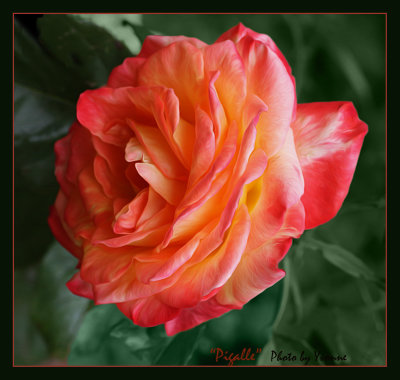 "Pigalle"
This rose has a couple of other names just to confuse people.. like "Jubilee 150"
"Fakir" and "Chacock" - but whatever you call it, its a great garden rose growing
on a tall bush with plenty of strong blooms. Not much scent unfortunately, but it
can be grown as a hedge, or as a specimen rose in a garden bed.
If you're thinking I post a lot of rose photos, I do have enough growing in the garden
to feature a different rose every day for a whole year, but I won't :) 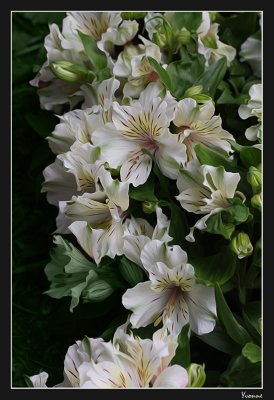 Alstroemaria
We have these Princess Lilies growing along the edges of the main pathway
to the gazebo and on other pathways. Once you have them, they are quite easy
to start new patches from pieces of underground tubers. All okay until
Flossie gets it into her head to go "skinking" and jumps into the patch.
The plants are quite brittle and break easily.. she can make quite a mess
in a very short time! (skink = tiny lizards who feed on snails etc.) 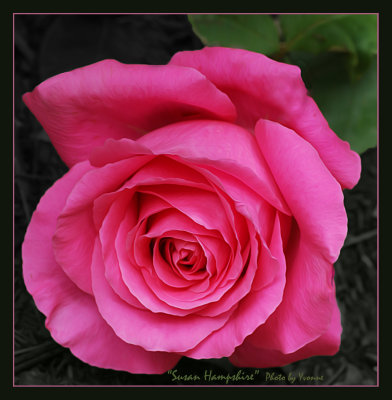 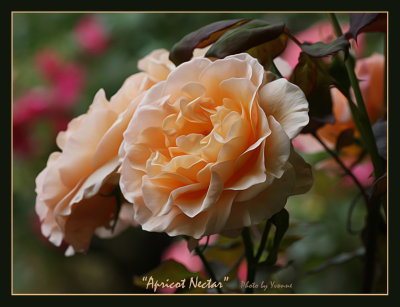 "Apricot Nectar"
An old favourite in both the garden and vase.. a fruity fragrant rose 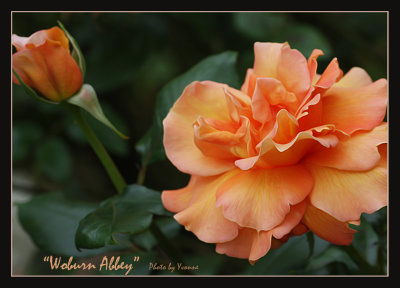 "Woburn Abbey"
The rose takes its name from the stately home of the Dukes of Bedford.
A small growing rose that glows intense yellow in cool weather,
good for cutting and a quick repeat cycle, bred in the U.K. 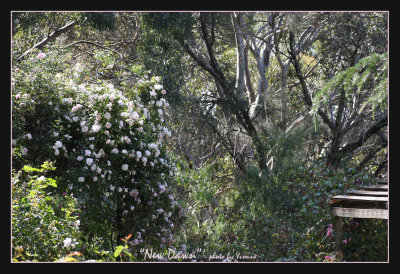 The archway
The climber "New Dawn" in bloom, facing north into the sunshine in spring.
click on thumbnails for full image