Dick and I headed up into the northern towns where the Flinders Ranges begin. 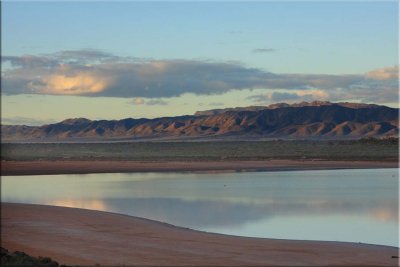 Umeewarra Lake
Port Augusta salina with the background of the edge of the Flinders Ranges. 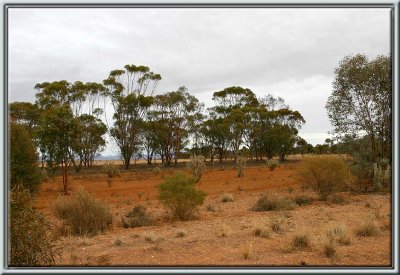 Countryside - Willowie
A tiny town, if you blink you miss 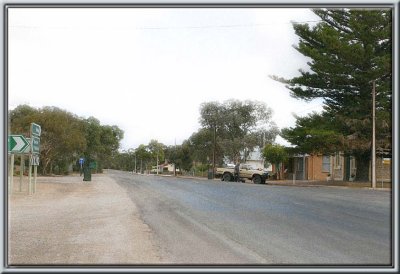 Main Street of Bute
We stopped here for a closer look at this little town. 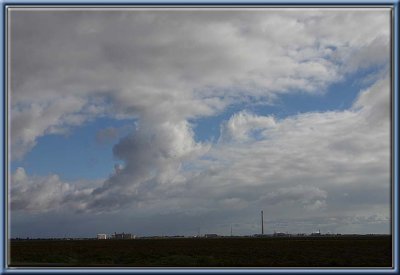 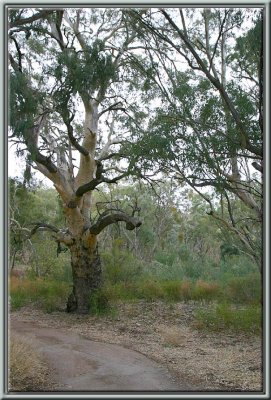 Eucalyptus
On the edge of a small town near the Flinders Ranges and south-east of Port Augusta. We travelled home via this circuitous route & stopped for morning tea at this pretty spot. 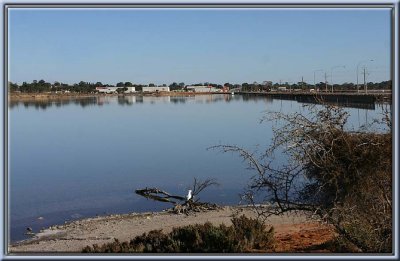 Salina on the edge of the township
Not far from our motel was this stretch of salty water. The saline stretched across the other side of the road as well as the side we were on. The town of Port Augusta is at the top of a gulf and on the edge of the outback. 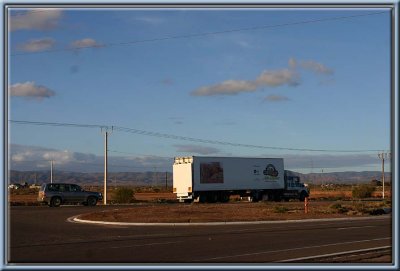 3-Kms south of Port Augusta
We pulled into a motel for a couple of nights, and had this view across to the Flinders Ranges, and of trucks and road trains - they passed by day and night - heading to the outback area of Australia. 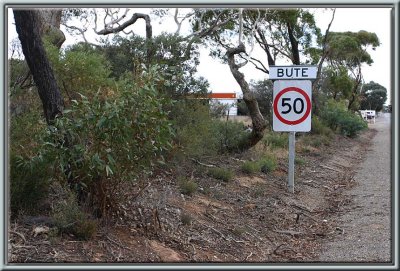 Bute - not the Scottish Island
En route heading northwards we drove through this tiny
township and thought of Zak!
The outback township of Quorn - 2010 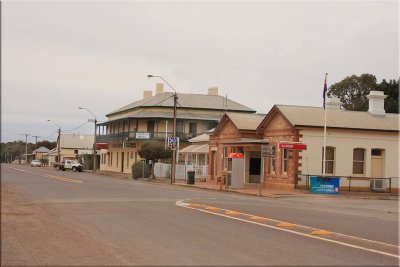 We spend most of the day in this tiny town at the foot of the Flinders Ranges, South Australia.
Warren Gorge in August 2010 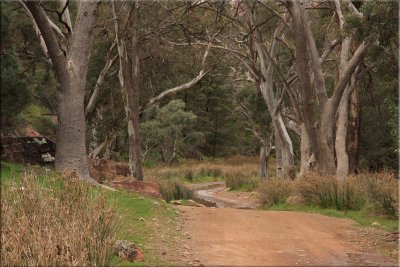 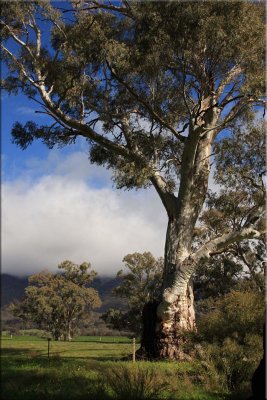 We stopped here for a walk around en route to Clare from Port Augusta in August 2010
The road through the Germein Gorge & the Gorge Hotel ruins, August 2010 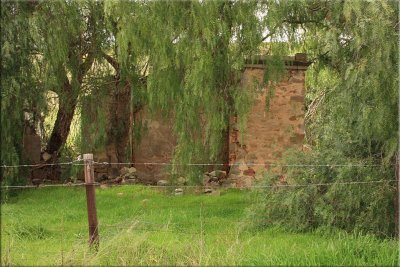 There weren't too many places through the gorge where we could pull off the road enough to take photos, but I did manage to take a couple. The ruins are of the Gorge Hotel, Bangor - a stopping place for taking loads of copper then grain through to Port Germein for shipping between 1888 and 1911 after a train line was opened up in 1910 putting an end to the horse & bullock traffic through the gorge. P.S. I lost one of the lens from my glasses while taking photos of the ruins, so my vision was drastically impaired, but I hadn't realised the reason until half an hour later! So glad the photos turned out reasonably considering!
click on thumbnails for full image