SEPTEMBER CHALLENGE. S is for...?? 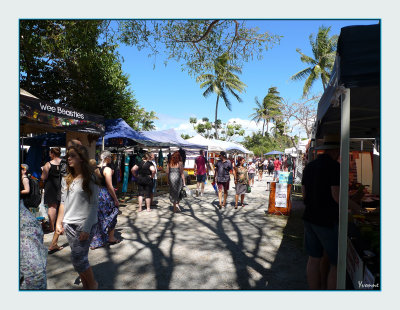 "Shadows"
A Farmers Market occurred while we were in FNQ, this one was held on the foreshore and
was quite large. I bought myself a hat which was needed the day we were there and I
found a proper coffee Barista outlet which pleased me no end as I was really hanging out
for a caffeine boost. 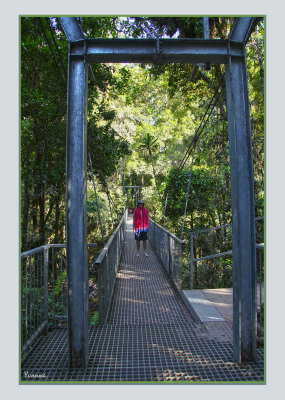 "Swinging Bridge"
I wasn't the most brave soul to cross this bridge, it rocked to and fro when others
were also on the bridge, as a little boy discovered and took the opportunity
to jump-jump-jump. You can just see our son-in-law standing there waiting for
me to get a reasonable photo of the bridge. 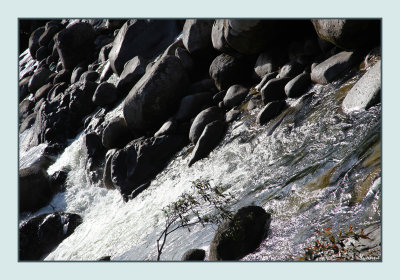 "Sliding Rocks"
A different angle to create the feeling of sliding downhill. 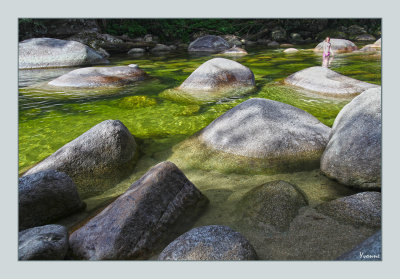 "Sun on the water"
We spent a few hours here, was quite entertaining watching people swimming, diving
and enjoying this very pretty spot. 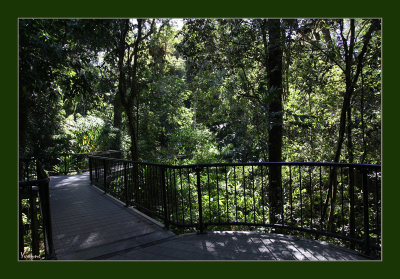 "Sunlight thru the trees"
From the walkway through the tropical rain forest trees and undergrowth,
something to see every few metres, and interesting shadows cast. 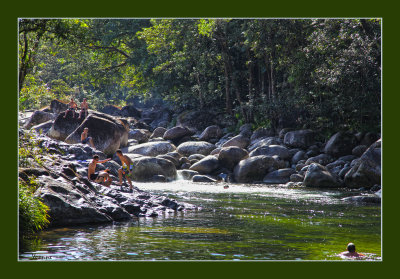 "Stones"
Photographed in the Mossman Gorge, Far North Queensland when we drove up the coast
to Port Douglas and on to the Mossman Gorge. Although it has been winter where I
live, the far north area of Queensland doesn't really have a winter... the days
staying around 28 degrees Celsius daily, and warm enough for swimming.
click on thumbnails for full image