I guess this is something I totally enjoy, though most of my garden is still in its summer
hibernation, there are a few things beginning to stir. Lucky I have plenty in my archives
to fall back on! 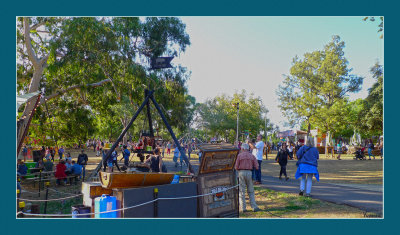 The Garden of Unearthly Delights!
The ad reads as "The world's greatest performing arts carnival" and it really
is quite special, held in the various parklands that encircle Adelaide, South
Australia during March. Several big tents are erected for the shows, then there are numerous
kiosks circling the areas with food from around the world. We saw a special
show called "Djuki Mala" a fusion of traditional Yolngu, pop-culture dance
and storytelling, as we know one of the lead dancers in the group. This group has
performed around the world many times, and even featured in the Edinburgh
Tattoo last year and will again this year. This photo was taken while we
were snacking on some Turkish gozleme delights amongst a view like this! 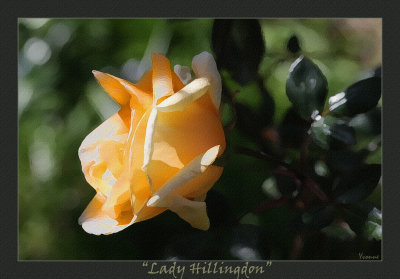 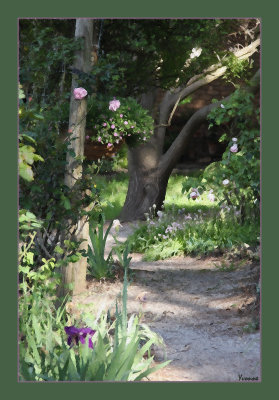 Spring pathway
A walk around the paths of the rose garden on a spring morning was the highlight
of the day. 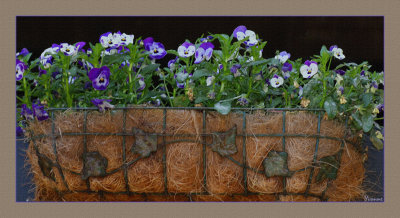 Violas in baskets
These gave us great joy while they lasted... the heat of summer finished
them off overnight and they've now been replaced with a low growing carex
called "Feather Falls" - luckily I took some photos of the violas while
they were performing as seen here! (one of two baskets) 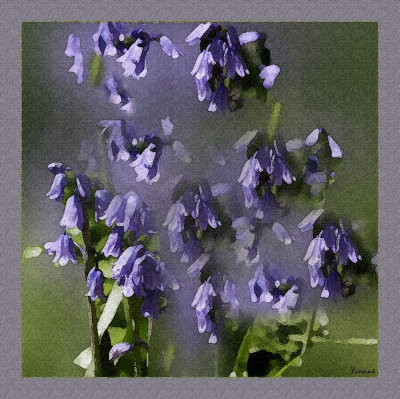 Bluebells
A reminder that spring is on its way for most of our pbase friends! 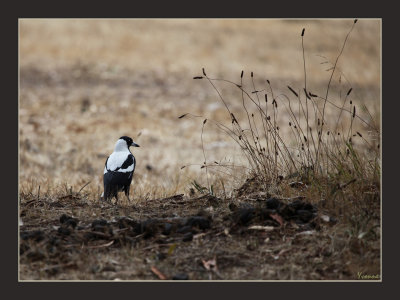 Australian Magpie
We have a family of these who live in one of our trees, they visit the seed
dish from time to time and take turn with the other birds. They are well down
in the peck order of the dish, but above the crested pigeons and cheeky sparrows.
This photo was taken down in the horse paddock, you can see how dry it is this
time of year. 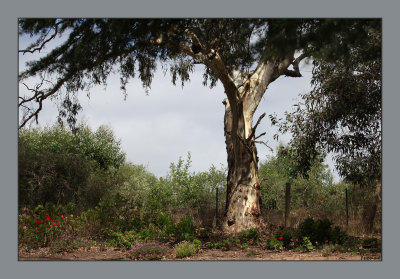 My extending pelargonium patch
I am gradually extending this patch, and have lost count how many plants are now
installed in this patch. The main bushes are pelargonium regals with some zonals here and
there, plus some ground cover ivy pelargoniums of various hues and a little native
pelargonium that trails down in a few bordering patches. Nearly all have been grown from
cuttings I've made myself with only a handful of new ones I've bought from garden
nurseries. As I can see these from my computer room I like to keep them flowering
as much as possible throughout the year. Autumn is a good time for adding new plants
so they can get a good start through the winter & spring to face our very hot and
often windy summers days. 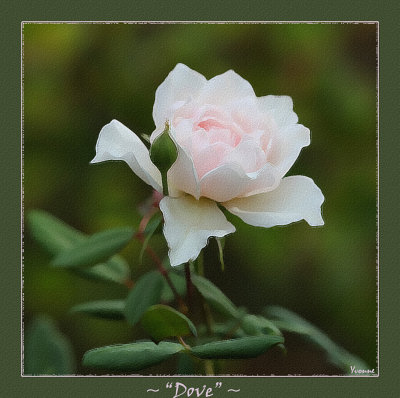 The rose called "Dove"
This one was bred in the U.K. by David Austin - a pretty & shapely bush that
needs to be in the front row, just an average height. Considering the heat
we've had through our summer, this little rose has done very well and had a
handful of blooms of quite good condition. I rarely prune the Austin roses,
this one included.. it has a lovely natural shape without any help from me. 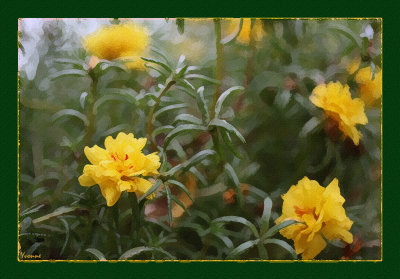 Portulaca Grandiflora
The time of year for these to be in flower down under. They come in many colours
and these were supposed to be a mixed bunch but turned out to be only yellow. I
have this pot hanging in my gazebo where they seem to enjoy the spot..plenty of
sunshine down there! 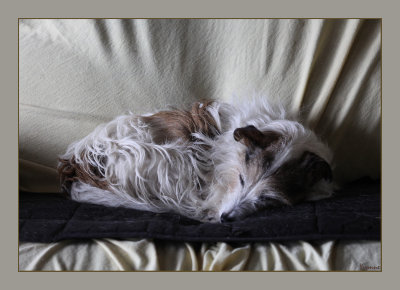 Sleepyhead
Flossie is now 11, and she sleeps a lot... here she is in a favourite spot on the
sofa totally ignoring me and the camera. She has no doggie bed because she chewed them
all up over the years... this flat black doggie mat is all that has survived, and that
has a few holes chewed in it, they are out of sight in this photo.
Following Gill's comment, we throw a sheet over the sofa to keep the sofa free of
weed seeds and grime, especially needed if Flossie has been having a diggie.. 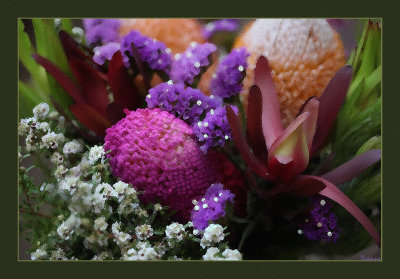 Southern Hemisphere Wildflowers
Dick came home with this large bunch of wildflowers, he often buys these when he
goes to pick up the morning's newspapers at a nearby deli. All the blooms
featured are from the southern hemisphere, mainly South Africa, but there are
some from Australia as well. There are some flower farms not far from where
we live, and they grow these en masse because they have the right soil that suits
these plants. They last a long time in a vase and are very good value. 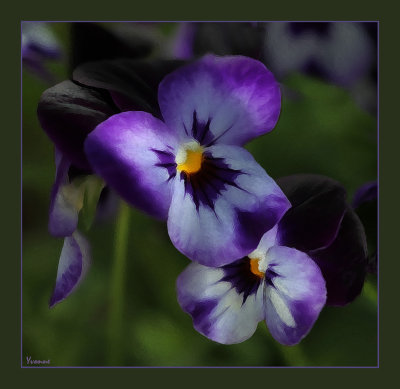 Violas, another colour
I bought another punnet of violas yesterday to plant in another pot... the colour
attracted me to them, even though I wasn't actually shopping for flowers! :)
click on thumbnails for full image