Mainly in hanging baskets, but
there are some in the garden and in pots. 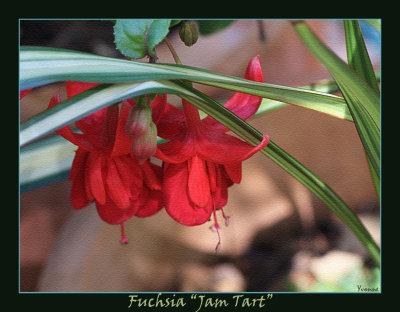 Fuchsia "Jam Tart"
This one is a favourite of mine, though the plant is a sprawly thing, I love
the double red of this one. Some history follows from Wikipedia.
Fuchsia ( /ˈfjuːʃə/) is a genus of flowering plants that consists mostly of shrubs or small trees.
The first, Fuchsia triphylla, was discovered on the Caribbean island of Hispaniola (Haiti and the Dominican Republic) about 1696–1697
by the French Minim monk and botanist,
Charles Plumier, during his third expedition to the Greater Antilles.
He named the new genus after the renowned German botanist Leonhart Fuchs (1501–1566)
Apparently the proper way of pronouncing fuchsia, is fookseeya, but I can't believe anyone will be using this pronunciation. 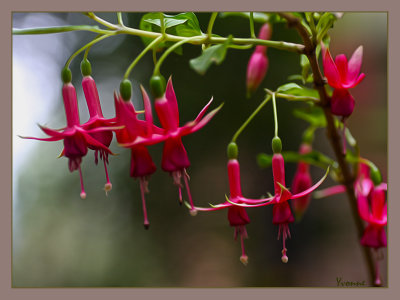 The Chorus Line
A fuchsia that I grew from a cutting about 30 years ago, when our girls were flatting
and this particular fuchsia took my eye growing as a hedge as tall as I am!
I still have it growing both in the garden and in a very large pot. 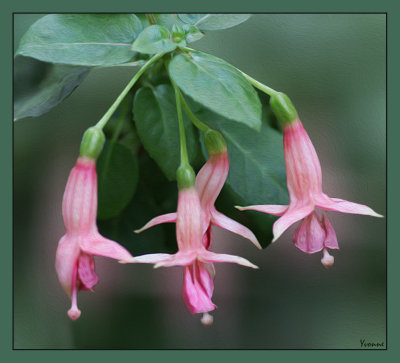 Tiny pink fuchsia
A new addition to my collection of fuchsias in hanging baskets is this little
plant. Flowers come later than the others and the plant has stayed fairly
small so far. 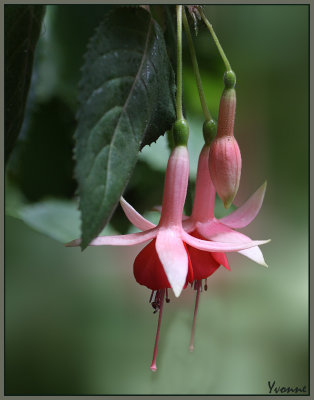 Fuchsia from my sister.
A cutting of a fuchsia my sister had growing... she doesn't normally grow exotic plants
and favours Australian native plants so I really hoped this one would take, and it has. 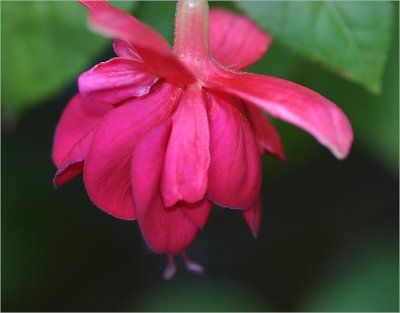 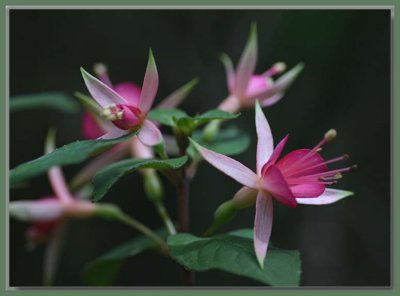 Pink fuchsia
This one grows upright and tall. 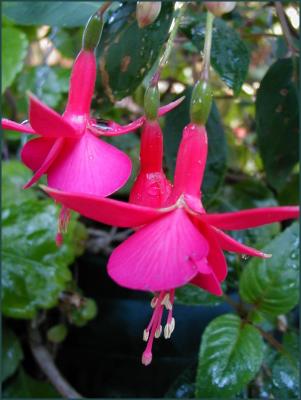 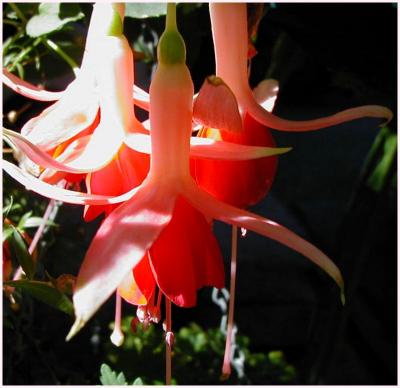 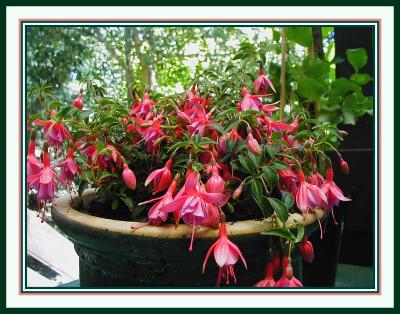 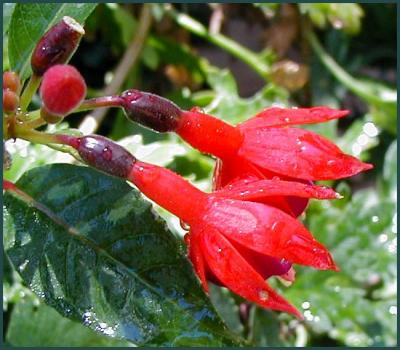 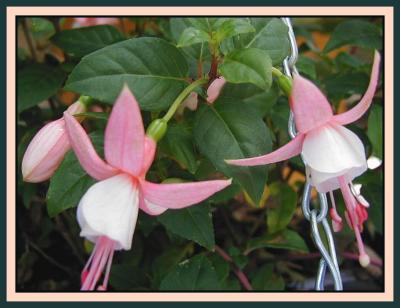 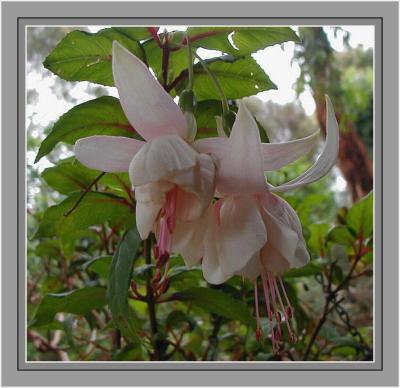