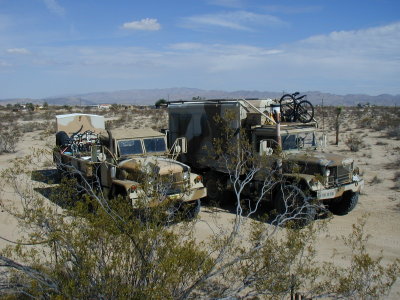 Heading Out
We started out as always, letting the Mechs slowly awaken.
We have guardians in place at our self-made oasis. The feline will be tended to, and the dwellings kept.
Time to leave the southern deserts.
0 comments leave a comment 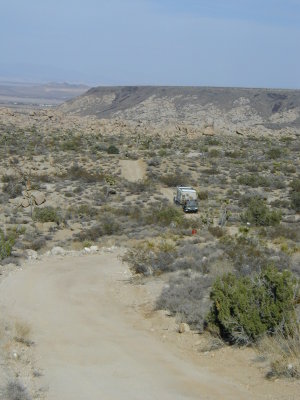 Our first run is not north, into the farther reaches of the Mojave, instead it's toward the rocks.
We have friends that huddle amongst the rock piles that make up their land.
It's there that we go first.
0 comments leave a comment 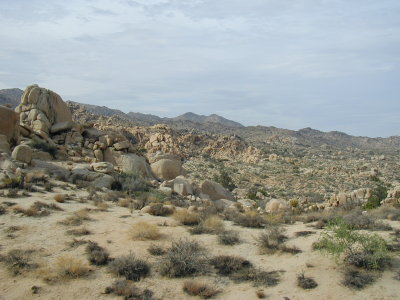 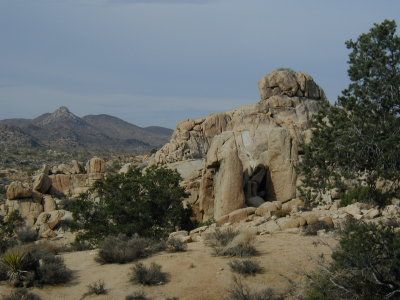 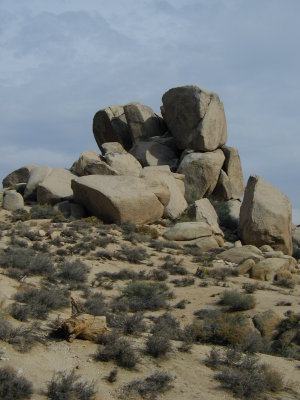 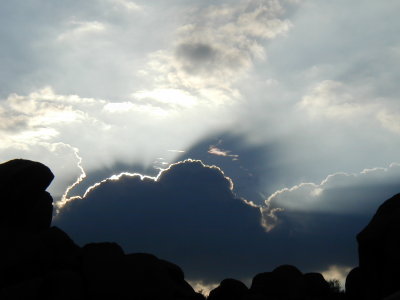 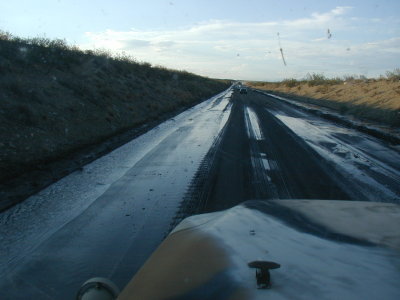 Flooded
We started north this morning, after picking our way back to pavement.
Today's goal is to get ourselves up into the southern end of the Eastern Sierras. One more day and then we're in the land of hot springs.
Part way up they had the road blocked off, the only pavement going along this side of the mountains. We had a massive park-in at the only rest stop and adjoining property.
Seems the summer storms had washed off this side of the mountains and flooded across the divided 4 lanes and then head down the roadway.
~~~
They let us get moving once the water flow was down enough to leave 6' of pavement exposed.
I'm sure we could have forded it a long time ago.
0 comments leave a comment 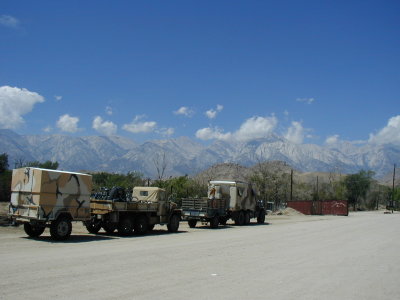 Yesterday as the light was fading, the sun having long since passed west of the mountains we were paralleling, we found a decent park-up on the edge of a city park.
Today we'll spend the day climbing. North of us is a mountainous point of land, we can go to either side of it.
The west side has a steep 12 mile climb. This time we're going to run the east side and explore a dirt track the crosses into the valley of hot springs that we're so fond of.
0 comments leave a comment 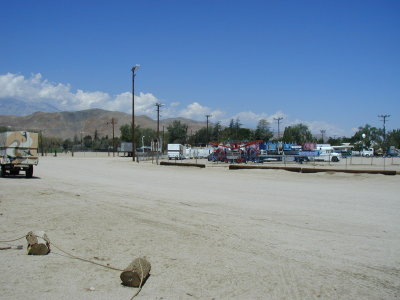 Carnies
Seems like this is where the Carnies set up there show.
They started rolling in last night as we were returning from having a meal out.
0 comments leave a comment 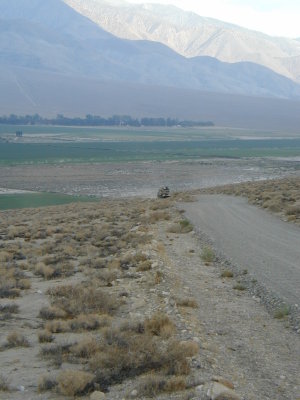 Finely, Off Pavement
After rolling up the east side, slowly climbing in elevation, we spotted a dirt track that headed up onto the area that they call the "volcanic tablelands".
We'd been hunting this track. From the maps it looked like it would take us toward the valley we wanted. Only possible problem would be that it was a canyon track.
Topos showed that it would be a narrow one, how narrow we couldn't be sure.
0 comments leave a comment 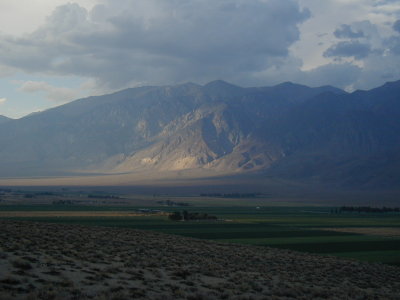 Looking Back
. . . down into the valley that we'd just came from
0 comments leave a comment 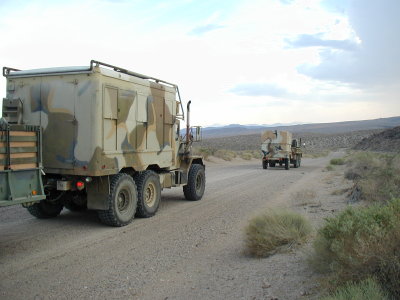 Once it flatted out we stopped to confer.
This is something that seems to happen a lot on our travels. If we have to run a distance on pavement, as soon as we're on dirt and have a place to pull out, we stop to regroup and figure our next step. Sometimes getting to the dirt track was the mission.
Now we are going to be heading into a canyon that we know little about. But we do know "worst case", that I'll have to back them, and the trailers, out.
0 comments leave a comment