Argentina's Meteorologic / Scientific Station - ORCA Station -
This station is ran by Argentina's scientists.
We visited the station while they were celebrating their aniversary
and we were invited to join them. They gave us a tour of the station and all
the installations, as well as hot chocolate, coffee and snaks. They were all
very nice and wellcomed our group.
We bought some souvenirs at a small giftshop.
THE STATION IS IN THE EXTREME LEFT OF THE PICTURE.
0 comments leave a comment 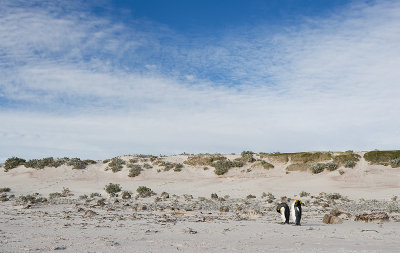 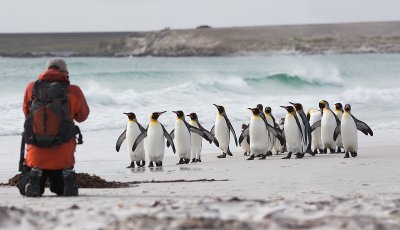 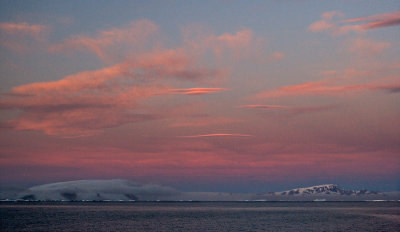 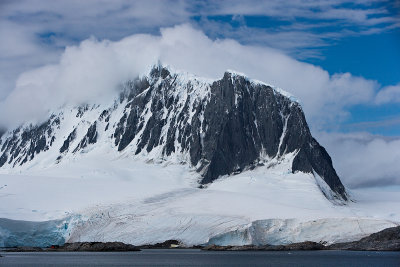 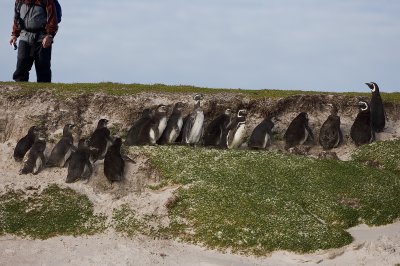 The photographer from hell ..... everybody hide !!!!!
Young penguins hidding from a tourist trying to take their picture. Earlier, he was chasing them all over the place
just to try to get a picture with a point and shoot camera (the photographer from hell). He was trying to get too
close (these are wild penguins) and they would run away in panic, many falling and
rolling down the hills. Needless to say, I was furious! I documented the chicks running,
hidding and falling down the hills while running in panic from this guy, but I decided
to post this image instead, which clearly shows a clever way of trying to hide from
this "Alien Creature". It looks like the leader of the pack is sticking his head out
checking for the photographer while the others would stay down waiting for
instructions.
5 comments leave a comment 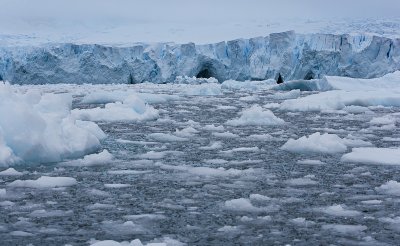 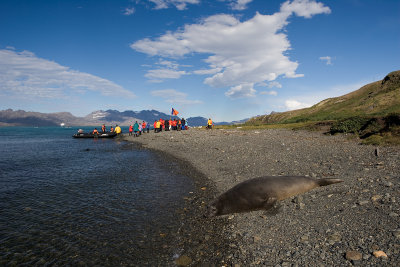