A selection of some of our favorite foods, both at home, "eating out", and away. 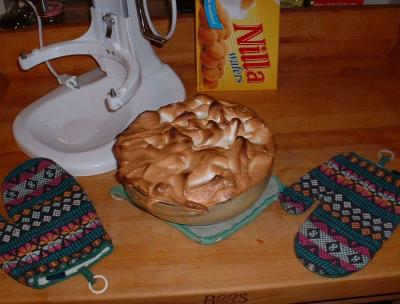 Banana Pudding
I made this Banana Pudding, following a discussion on the Get Stuffed Branch of the Lonelyplanet.com Thorn Tree.
It's a 4-banana pudding, with the requisite vanilla wafers serving only as a foundation.
Here's where I got the recipe: http://www.texascooking.com/features/apr99bestbanana.htm
0 comments leave a comment 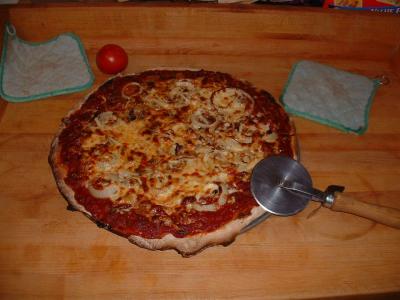 Sausage and Mushroom pizza
The image color on the web is a little darker than in the original photo. The pot holders are well-used, so please forgive their less than pristine appearnce!
The pizza was baked on a non-stick, perforated pizza pan for about 25 minutes, in a 450¤ Far. oven.
0 comments leave a comment 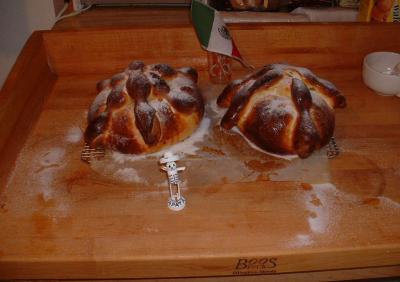 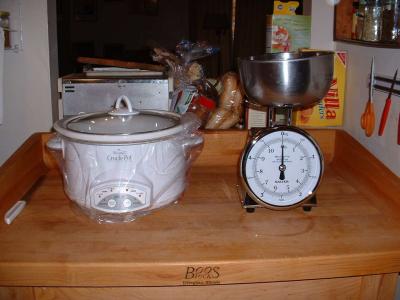 New Kitchen Purchases
Linens N Things had a sale. Among the tempting items were the Rival Digital Timer Crock-Pot for #30, and a Sharp Carousel Microwave Oven for $50.
We decided that we didn't need the Microwave Oven at this point, but the Crock-Pot was a steal at the price. Discounter Sam's Club, down the street, had the same item at $39.76.
While browsing the LNT Store, I came across a "Martha Stewart", by Salter, 11-lb capacity chromed kitchen scale, but it lacked an ingredient receptacle. After a little gentle bargaining, we got a further 25% off. I knew that I could replace the missing receptacle with a stainless steel bowl from my kitchen shelves.
1 comment leave a comment 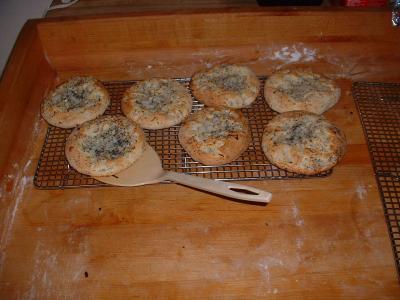 Flat Onion Pletzlach.jpg
Got the recipe from the Weekend edition of The NY Times!
< http://www.nytimes.com/2004/12/01/dining/011HREX.html >
0 comments leave a comment 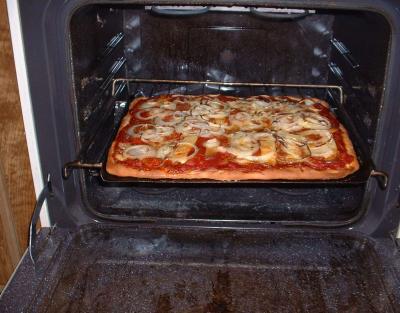 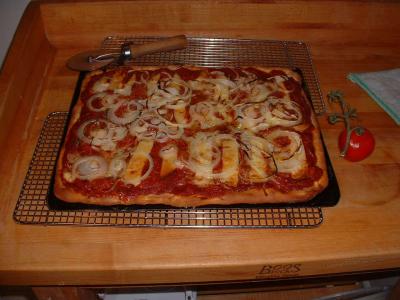 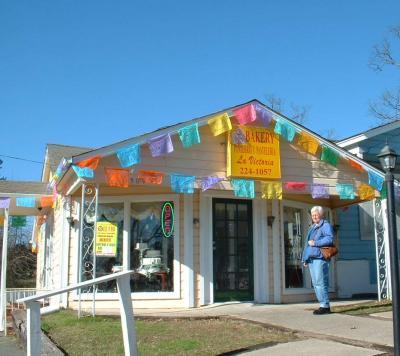 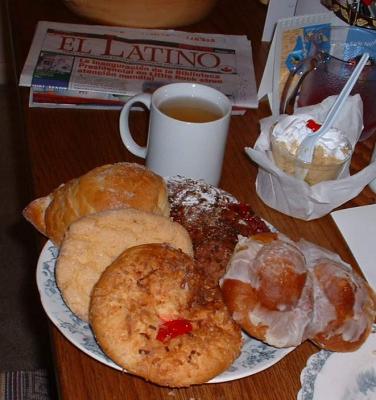 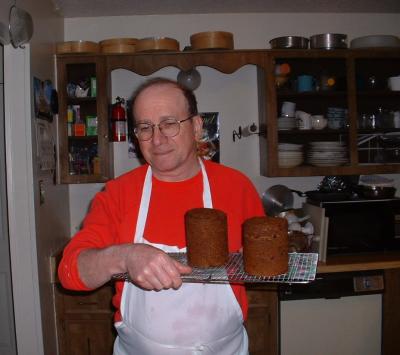 This is an old recipe from New England, typically eaten with baked beans or spread with cream cheese. The breads are steamed in their cylindrical moulds for two hours in a kettle.
0 comments leave a comment 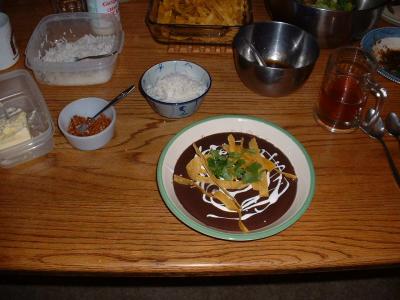 sopa_frijol_negro.jpg
This is a vegetarian version of a Mexican Sopa de Frijoles Negros. It's garnished with totopos (fried tortilla strips), crema and cilantro sprigs. Despite the lack of meat or chicken stock, it's a very tasty soup. The recipe was adapted from the original in "Mexico - The Beautiful Cookbook", by Susana Palazuelos and Marilyn Tausend.
0 comments leave a comment 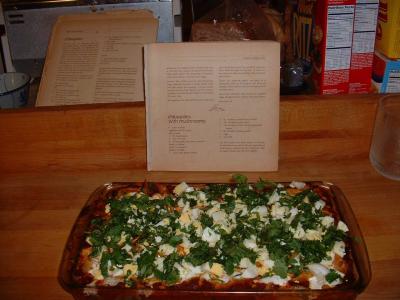