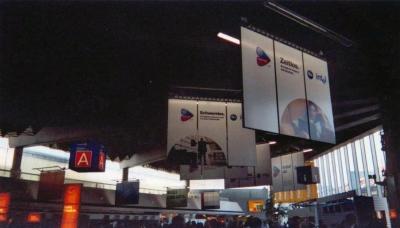 Frankfurt Airport July 2003
Before I knew it, it was Thursday afternoon and I was boarding the plane. I looked forward to a layover in Germany, a workweek in Israel and vacation time in Turkey and Egypt.

I set my library card into action to learn as much as I could about these places. Should an opportunity for site seeing present itself I would be well prepared.
0 comments leave a comment

Frankfurt - Friday, July 11th
Ten hours after leaving Portland I walked throughout Frankfurt to see the churches, architecture, bridges, pubs, and the German girls I read about. I stopped to enjoy some German music and a German sausage.
0 comments leave a comment

Main River
Sleep depravation messed with my ability to process clearly; it was as if people spoke a foreign language. I decided to rest before my night in Frankfurt.
0 comments leave a comment 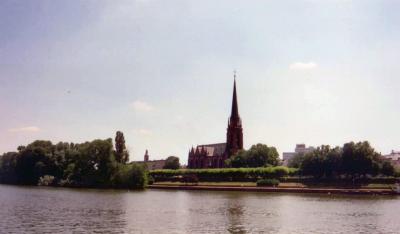 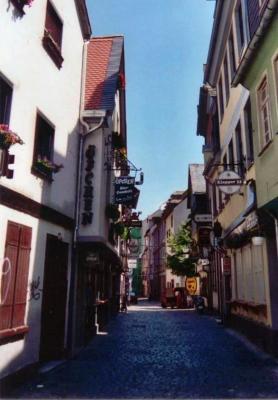 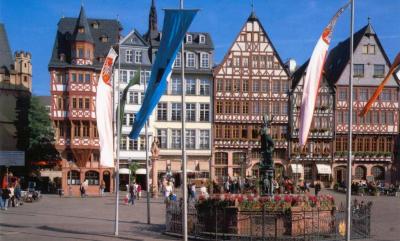 Schnitzel Dinner
Frankfurt was even prettier at night! I walked across the Main River to Sachsenhausen to enjoy Apfelwein cider, disco music and a Schnitzel dinner with my friend Carrie who was spending a semester abroad. Schnitzel proved more tasteful than my dinner standard of eating soup from a can while standing in my kitchen.
0 comments leave a comment 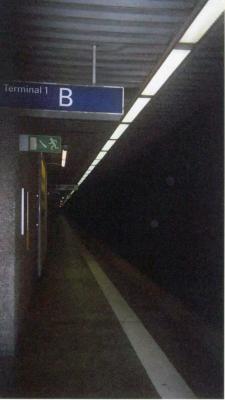 German Subway - July 12th
My body clock still wasn't adjusted; I slept only a few hours Saturday morning before my flight to Tel-Aviv. I rode the subway to the airport instead of riding with the German Cabbie who drove me in his Mercedes at 180-200 km/hr the day before.
0 comments leave a comment

View of Haifa from the Dan Hotel
The three-hour flight was nice but the Tel-Aviv airport was a mess. I stood in lines for over an hour for passport services to ask me what I was doing in Israel and where I would be staying.

I feared my car pool partner, Adam, would have left. He knew it would take me time to clear passport services. It’s a hassle for Adam to enter and leave Israel since he is an American citizen born in Iraq. I was grateful that he waited since I am horrible with directions and may not have made it to our office in Haifa. Haifa is a beautiful city overlooking the Mediterranean Sea in the Mt. Carmel area in northern Israel.
0 comments leave a comment 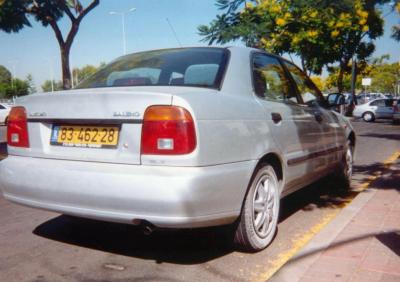 Rental Car
Israelis are passionate people. Driving in Israel is more an artistic expression than it is standardized. Some enjoy driving within the lane. Some create their own lane. Some park their car halfway on the sidewalk and halfway on the street. Lots of friendly arm shaking, honking and yelling out the window. I assumed their enthusiasm was without anger since a 'look at me' or 'you are driving slower than I am' smile followed their expression.

Adam welcomed me to Israel by honking and at times waving his arms out the window as we drove.
0 comments leave a comment

Intel Haifa
In Israel, the workweek lasts Sunday through Thursday so it was back to work for me.
0 comments leave a comment 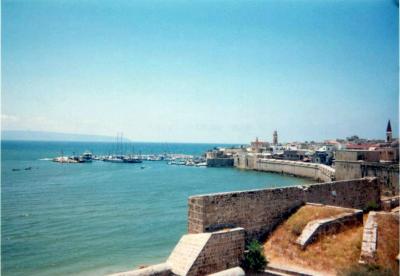 Akko - July 13th
After work Sunday evening, Adam and I left Haifa for the historic city of Akko. At one time this coastal city held off a siege by Napoleon. Akko came up so quickly we decided to continue driving as far as we could with the daylight that remained.

Adam mistook a Palestinian flea market for a gas station in Nahariyya, twenty miles from the Lebanese border where Israelis and Palestinians live together peacefully. He maneuvered our car out of the crowd with hubcaps in place.
0 comments leave a comment