Caesarea Philippi was visited by Christ and His disciples. It was here that Peter confessed Jesus as the Messiah. Herod Philip built up the city to distinguish it from his father's Caesarea on the seacoast. Its modern name is Baniyas.

Mark 8:27-30 "Now Jesus and His disciples went out to the towns of Caesarea Philippi; and on the road He asked His disciples, saying to them, "Who do men say that I am?" So they answered, "John the Baptist; but some say, Elijah; and others, one of the prophets." He said to them, "But who do you say that I am?" Peter answered and said to Him, "You are the Christ." Then He charged them that they should tell no one about Him."

* Jesus made four historic predictions at Caesarea Philippi. They concerned:

1. The Church: (Matt 16:18) For the first time, Jesus announced His purpose to build an ekklesia (Church), a community of the redeemed, called out to be His Body on earth, to witness to Him while He was absent.
2. The Keys of the Kingdom: (Matt 16:19) The keys refer to authority in the ekklesia. This power would also be shared by the other apostles (Matt 18:18; John 20:20-23). This authority was given to the apostles to enable them to lead the first generation of believers after Pentecost until the epistles were written, that revealed Jesus’ standards and provisions for His ekklesia.
3. Jesus’ coming death and resurrection: (Matt 16:21-23) Jesus announced His death and resurrection, the events that would provide the redemption essential for the Church to come into existence.
4. Jesus’ call to discipleship: (Matt 16:24-27) Jesus used the example of His own obedience to the Father, even to death, as He taught His followers this basic definition of a disciple. After His return to the Father, Jesus’ Body on earth would be composed of those who would deny themselves and follow Him. 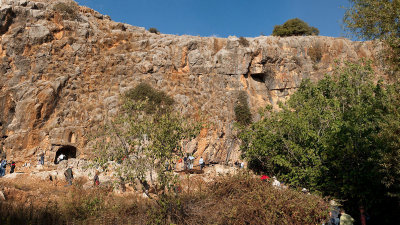 The city of Caesarea Philippi was on the southwestern slope of Mount Hermon and the northernmost extent of Jesus' ministry. Here, about 25 miles north-east of the Sea of Galilee, Jesus could be alone with His disciples -- outside the domain of Herod Antipas, the ruler of Galilee, and within the area of Philip the Tetrarch. The population was not Jewish, so Jesus could teach the twelve in peace. Here, on a road outside of the city, Jesus asked one of the most profound questions that could ever be posed, "Who do men say that I am?" It is interesting to see where Jesus chose to ask this question, for there are few areas in all of the world with more religious associations than Caesarea Philippi.
0 comments leave a comment

An overview of Ceasarea Phillipi with the afternoon sun at our backs. If Jesus were standing with His disciples in front of this sheer cliff, it would explain His use of the metaphor "rock" used in His conversation with Peter. The word He used was Petra, a term that would be used to describe such a bluff. (Cf. Matt 7:24,25, ". . .who built his house upon the rock Petra.")
0 comments leave a comment 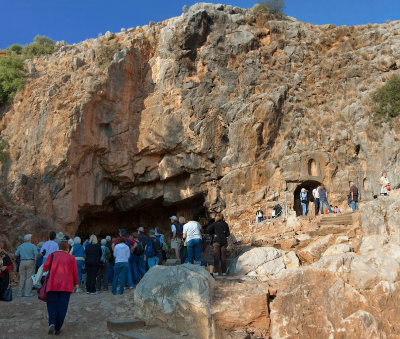 A cave near Caesarea Philippi is said to be the birthplace of the Greek god Pan, the god of nature, fields, forests, mountains, flocks and shepherds. "He is son of Hermes by one or another nymph; his mother was so scared by his appearance that she abandoned him at birth and Hermes introduced him to Olympus. His name is probably related to the same root as Latin pasco, and thus means 'shepherd.'" (Richard Stoneman, Greek Mythology, p. 136). The cult of Pan originated in Arcadia, a pastoral region in Greece. Greek travelers, finding the landscape was like their homeland, established this area of worship to Pan. During the Hellenistic period, a sanctuary was built to Pan. There are five niches hewn out of rock to the right of the cave -- at one time they probably held statues -- three of the niches bear inscriptions in Greek mentioning Pan, Echo and Galerius (one of Pan's priests).
0 comments leave a comment 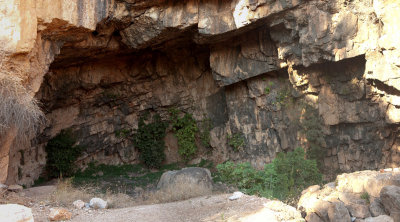 Two thousand years ago this cave was a spring. A large earthquake about 700 CE moved the springs to a nearby location and dried this cave of it's water flow. This cave is said to be the birthplace of "Pan".
0 comments leave a comment 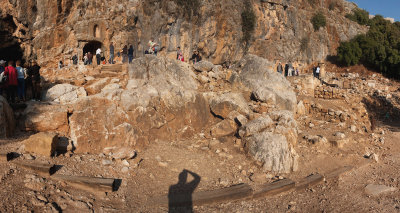 An overview of Ceasarea Phillipi with the foundations of the Temple of Pan.
0 comments leave a comment

Looking to the right of the Cave of Pan you can see the remains of the temple of Pan. That's Chad with his camera taking a picture.
0 comments leave a comment 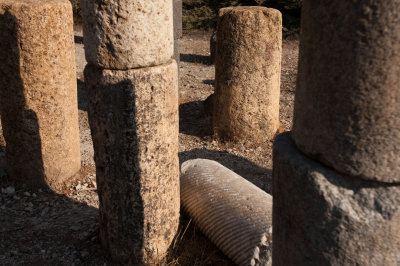 Pillars at the beginning of our walk through Ceasarea Phillipi.
0 comments leave a comment 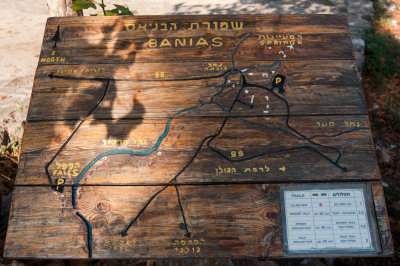 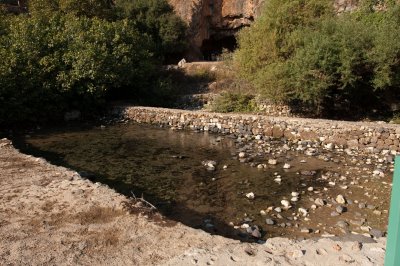 The springs at Ceasarea Phillipi that form the Hermon River that flows into the Jordan River and the Sea of Galilee.
0 comments leave a comment 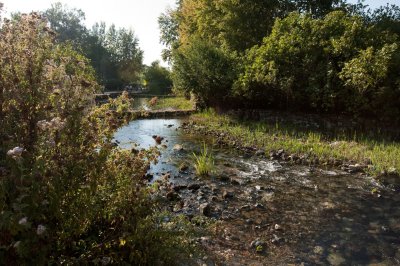 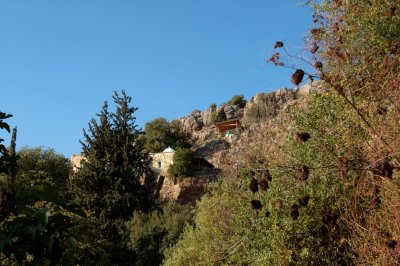 Some of the buildings on the grounds of Ceasarea Phillipi are seen on the hillside to the left.
0 comments leave a comment 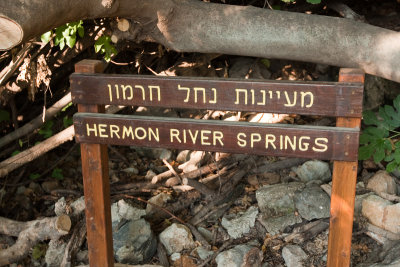