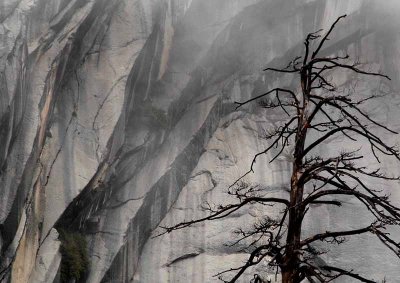 The skeleton stood as a sentinel in the wind.
The bones had withstood decades of rain, snow, wind,
and extreme heat and cold.
Lesser trees lay fallen,
their branches returned to the earth as dust. 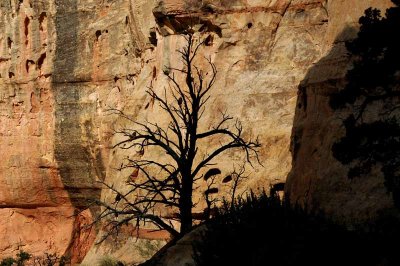 In earlier years, the branches bent
when the wind raced over the mesa.
Age brought suppleness, resilience
and insight to know that bending was wisdom. 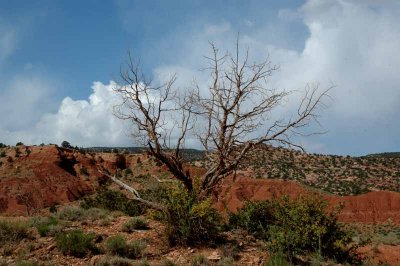 Resistance might be bold,
but, in the end, flexibility meant survival.
In time, the tree grew tall and spread its roots as far and deep
as the rocks permitted. 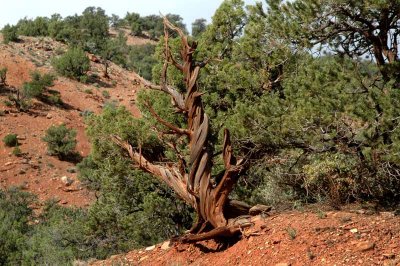 Growth is a patient process,
but the tree had time.
Time passed, and the tree saw many things. 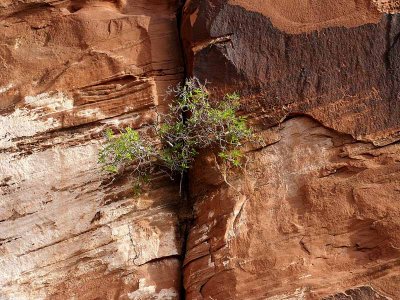 Seasons came and went.
Animals lived and died
People came.
The tree listened
and took pleasure in their singing. 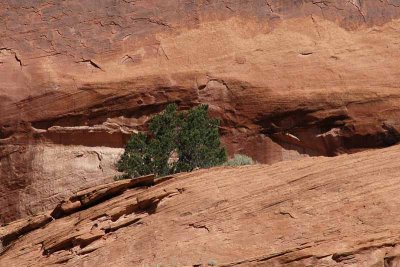 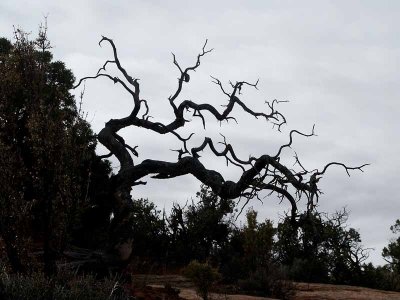 The rhythm of the drum, the song and the dance
spoke to the tree, the rocks and the earth.
Over time, the gnarly old Shaman spoke directly to the tree
and together they talked of the cycles of the seasons
and the movement of the stars. 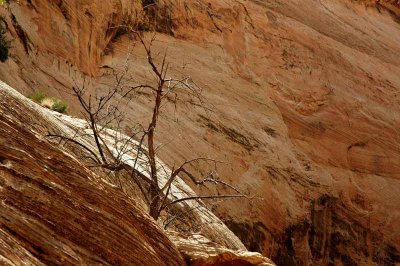 Time passed and as happens to people
and the Shaman, death came to the tree.
In time, the woody branches became like stone,
hard and unbending, strong beyond belief
for something so dead. 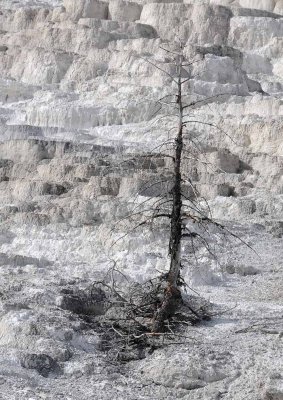 Lesser twigs fell from its branches.
By their presence, those remaining sang a song of strength.
They reached out from the trunk in the simplest form of poetry
creating a silhouette that spoke of chaos, life, loss and convergence. 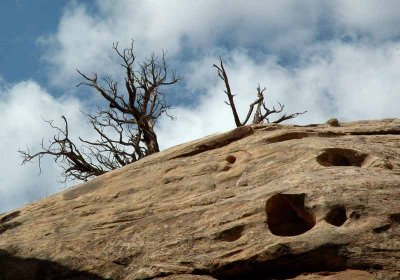 They reached out to touch the rocks, trees, and stars
to talk of truth, strength, spirit and hope.
They reached out
as the arms of the great Shaman once did
as he sang his songs. 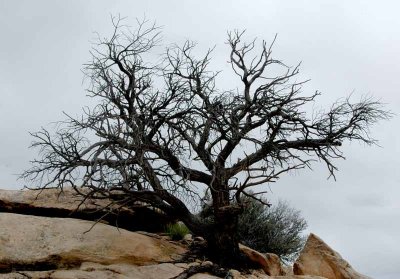 You see, there was a plan, and the tree was well positioned
to receive the breath of the Shaman
who in death could no longer sing or dance. 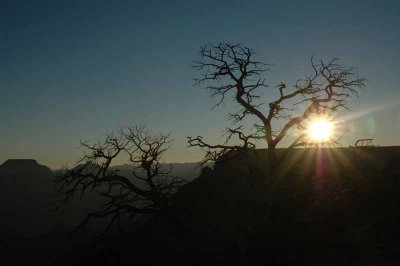 The tree now stood in the Shaman’s absence.
For what would the creatures of the earth do
without life’s poetry and rhythm?
Who would teach the new people
the words to the song and the steps to the dance?
click on thumbnails for full image