Echoes from the Past

The Launceston Gasworks is a landmark in the city of Launceston. The shape of the vertical retort building is very distinctive and I can remember passing the site and being hit with the very strong smell of gas even in the car with the windows wound up.

Along with the images, some of the story of this site follows. Oddly, I've been unable to find much information about the site itself, stories from people who had worked there or even many images. The photo story which follows talks particularly about the new 'vertical retort' development but also gives some context as to events occurring in the rest of the world in March of 1932.

Until the 1860s the streets of Launceston at night were unlit and dangerous. Even in homes lighting was poor, the only source being tallow or wax candles and lamps fuelled by whale oil.

Going out at night meant taking your own lamp to avoid bumping into things and falling down holes. Only the public hotels with their compulsory lights over the entrance, provided any form of lighting in the streets. Night time meetings were often scheduled during the week closest to the full moon, so there would be enough light to find your way through the unlit streets.

The Launceston Gas Company was formed in 1858 and gas street lamps were lit for the first time in April 1860. Lamplighters were employed to run round the streets at dusk, carrying ladders to climb the lampposts and light the 123 lamps.

The gas was obtained from coal, roasted in retorts, and stored in an airtight gasometer, the sides of which rose and fell according to the amount of gas in storage. A network of underground pipes was placed throughout the town connecting street lights and homes.

During the 20th century the Launceston Gas works continued to operate profitably, despite competition from electricity. A new four-storey vertical retort house was built in 1932, replacing horizontal retorts and a new water based process was introduced in the 1950s. By the 1970s 6,000 homes were connected to 100km of gas mains. The late 1970s saw the end of the production of gas on the site, however the buildings are a stark reminder of a past technology. (Source: Launceston Historical Society Inc.) 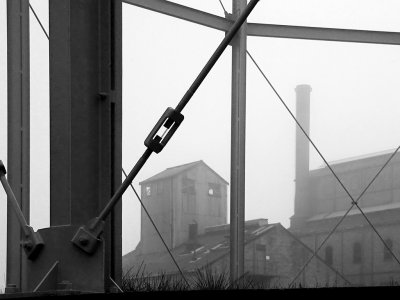 The Gasholder
Resident:
“Approaching the gasworks and seeing the huge gasholder rise out of the fog like a featureless iron lung, and walking into the awful stench we’d quickly forget the miracle of the gas. The ugliness of the process was in direct contrast to the fascination and mystery of the gas that lit our streets and our homes”
1932 Headlines (The Examiner):
“Launceston Gas Co.; New Plant Opened; Ceremony at Works” The Examiner, 19 March, 1932
“Satisfactory prices for Tasmanian fat lambs in London.”
2 comments leave a comment 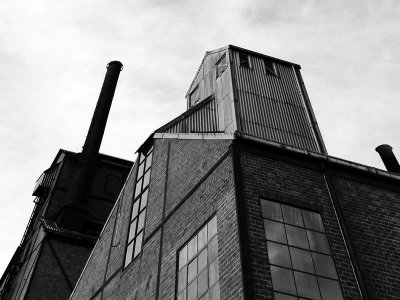 New Technology - 1932
Company Director: “…Mr Hart switched on the power which set in motion portion of the plant and voiced the hope that it would work continuously and smoothly for many years.” The Examiner, 19 March 1932.
1932 Headlines (The Examiner):
“Hinklers next flight may be across North Atlantic via Arctic Circle”
“Air force machines complete a successful flight to Darwin”
1 comment leave a comment 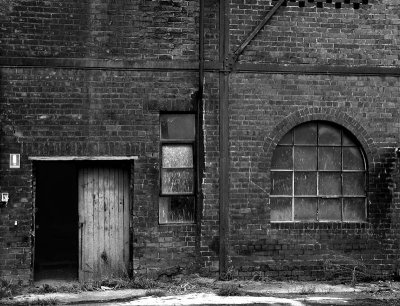 the Heat, the Smell and the Dirt ...
Company Director: “…I have no hesitation that the plant built here is one of the best and most up-to-date and is a masterpiece of modern chemistry and engineering.” The Examiner, 19 March 1932.
Retort worker: “…the heat and the smell hit you as you walked through the door… you had to have your wits about you all the time … ”
1932 Headlines(The Examiner):
“Peace deliberations among representatives of powers continued at Shanghai.”
3 comments leave a comment 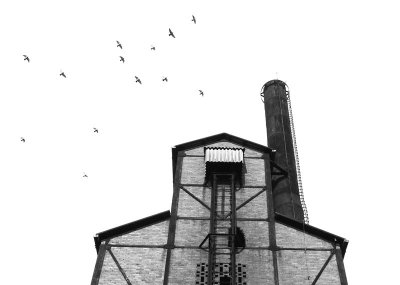 Visitors
Company Director: “…visitors were conducted to the top of the retort building and given a practical demonstration of the most modern gas generating methods in existence.” The Examiner, 19 March 1932.
1932 Headlines (The Examiner):
“The stage is set, Sydney Harbour Bridge Opening Ceremony Today. The largest one-span arch bridge in the world.”
“German police raid Fascist headquarters.”
1 comment leave a comment 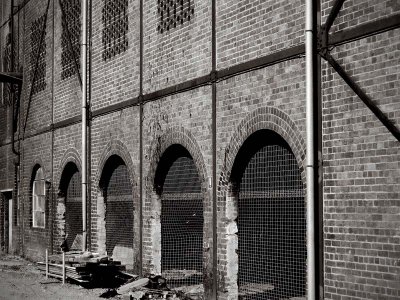 Fascinating, Seductive and Sinister ...
“The most important feature of gas was the way in which it created fascinating, seductive, and also sinister urban chiaroscuro.” (Lynda Nead, Victorain Babylon)
1932 Headlines (The Examiner):
“The 1932 Chevrolet on Display Today.”
“A Wonder Horse, Phar Lap's Victory, Decisive Win in Mexico”
1 comment leave a comment 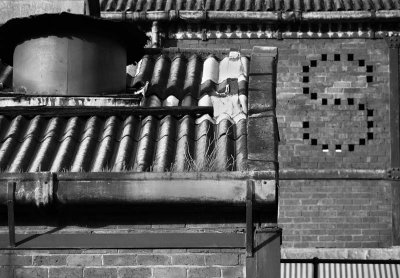 Cooking with Gas
Wages clerk – "...the men started at 7.30 each morning queueing in the sun, rain or fog to be checked in. In the days before the calculator and the computer it took the best part of a week to calculate what was due to each man. I couldn’t make even the smallest error as they’d know straight away right to the last penny! And this from men who seemed not to be able to read or write."
1932 Headlines (The Examiner):
“… Appalling to think that 28% of the organised workers of Australia are out of employment. The position grows graver every passing day. Some definitive action is imperative…”
“Reduction of Bank of England rate to 3.5% - A Welcome Surprise in London”
1 comment leave a comment 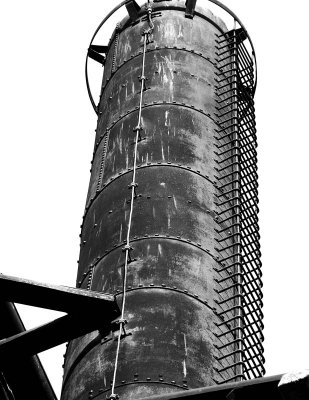 Gas is a Good Servant ...
"Like fire and water, gas is a good servant but a bad master; and in ninety-nine houses out of a hundred it is simply a licensed despot, who revenges himself for the light he cannot help giving, by poisoning the very air to which he is indebted for life and brilliancy." (Thomas H. Hine, Warming and Ventilation, 1874)
1932 Headline (The Examiner):
“Interesting discussion on Anglo-American war debt in USA Senate”
2 comments leave a comment 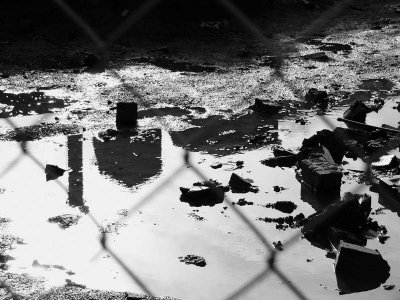 In Transition
The landscape of Launceston is changing.
Like many cities around the western world as the value of land increases and the ageing population downsizes into inner-city apartments, vacant blocks and old or unused factories are being developed and taking on a new life.
The Launceston gasworks site now incorporates a new multi-story office building and a new apartment complex is planned. The latter is designed to fit within the old, round gasholder structure. A striking change from the former use.
The site is in transition but at the end of September 2008 construction seems to have stopped.
1 comment leave a comment