In 2014 we left the kids at home and spent the holidays in Paris. The history, the food, the people and culture of the City of Light exceeded all expectations in every regard.

These galleries contain the best of the 2000+ pictures we took on our vacation, but these pictures do not truly represent the overwhelming beauty of Paris, nor do they document our entire adventure for several reasons:

In fact we have zero pictures of some of our favorite late night discoveries:

We have also included 100s of links to websites (captions below photos) that provide more information about many of our pictures. These are the same websites we used to research our trip, learning so much about the history of Paris and French culture in the process. We are already planning a return visit... 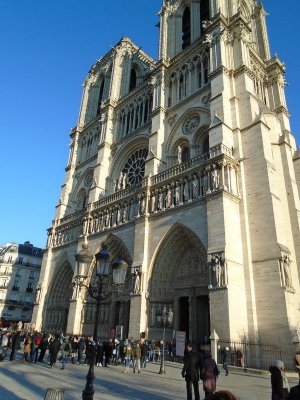 Perhaps no other nations history is more closely associated with Roman Catholicism than France, and perhaps no other monument to Christianity is more iconic than Notre Dame de Paris. Day and night we would find ourselves making our way back to Île de la Cité to continue our admiration of one of Europe's greatest Gothic masterpieces.

The structure itself took almost 200 years to build, with construction beginning in 1160 and continuing until 1345. It's mindboggling to contemplate the countless historical events that transpired at Notre Dame ranging from the famous ( launching of the Third Crusade 1185,  Coronation of Napoleon 1804) to the fascinating but lesser known (wolves of Paris 1450).

We were lucky enough to attend mass with Cardinal André Vingt-Trois, Archbishop of Paris. 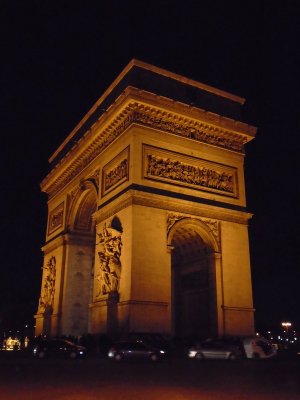 We walked the length of the world's most famous boulevard from dusk till late at night (so only a few pictures). It seemed like all of Paris joined us for our stroll along Champs-Élysées, enjoying the Christmas markets, holiday lights, hot wine and roasted chestnuts...
0 comments leave a comment
:: Montmartre and Basilica of the Sacré Cśur  :: 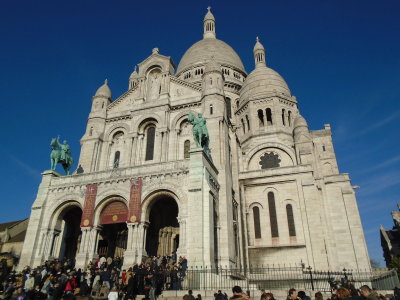 By Parisian standards the Sacré-Cśur is a relatively new church at only around 100 years old. Perched atop 'butte Montmartre' (highest point in Paris) this church attracts throngs of tourists who are lured by the church's iconic architecture, sweeping views of the city and lovely Montmartre neighborhood.

I wonder how many of the 10 million people (no joke) who visitor Sacré-Cśur each year are aware that the church is a monument to the darkest days in Paris's long history. As many as 25,000 Parisians were massacred by there own countrymen as a result of the 1871 Paris Commune that arose from the ashes of France's defeat to Germany in the Franco-Prussian War... 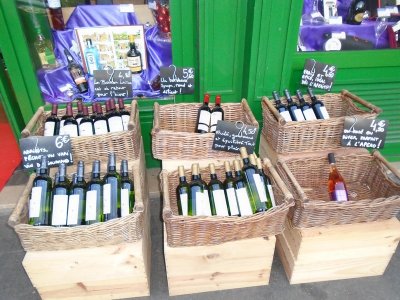 Paris is a foodie and shopper’s paradise. The entire city feels like an adult playground, with temptation around every corner. We found that it’s pretty easy to spend a lot of Euros in Paris if that’s your thing (€38,000 cell phone at Lafayette). Alternatively one can also enjoy Paris on a budget, visiting the amazing outdoor markets, sampling street food and consuming (too many) €4 bottles of very good French wine.

We researched dozens and dozens of restaurants, boulangeries, cheese shops, chocolate shops etc. before our trip on sites like tripadvisor.com/, parisbymouth.com/ and www.davidlebovitz.com/. In the end we felt that using our own judgement was usually a better choice than many of the highly reviewed establishments. When in doubt we followed the crowd ... if a boulangerie had a lineup out-the-door for croissants ... who cares what tripadvisor says! 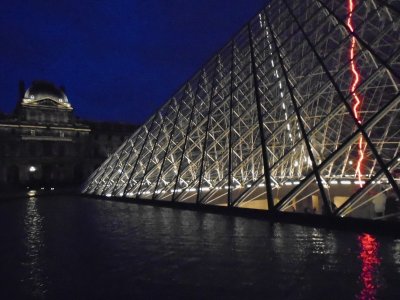 With over 60 world class museums within the Paris city limits it can be overwhelming deciding on which to visit. We based our decisions on the queue to enter the museum, by deciding on the first day that we would rather spend our time experiencing the art than waiting in line. Several museums had a 1-4 hour wait to enter, regardless of time or day. We also purposely avoided several museum's to ensure we have a reason to return... 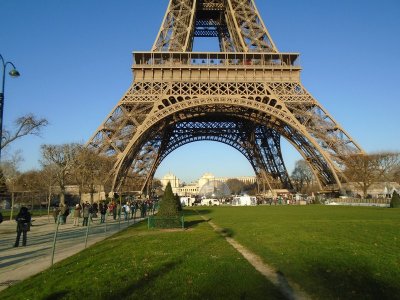 The world's most famous structure turned 125 years old in 2014! An landmark achievement in engineering, metallurgy, architecture and construction, the Eiffel Tower doubled the height of the great pyramids of giza that stood as the highest monuments of human achievement for almost 5000 years. The view from the top is breathtaking, as is the glass elevator ride to the summit.
1 comment leave a comment
:: Streets of Paris :: 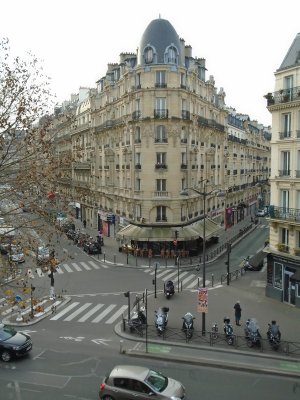 The City of Light may be the most beautiful and romantic city in the world. Spending an afternoon in a cafe watching people walk by and engaging in idle conversation with a friend is an unforgettable memory. In our opinion the real beauty of Paris was revealed by exploring the streets: from the hidden passages, the enchanting courtyards and the Grands Boulevards to the banks of the River Seine...

The treelined boulevards of five story buildings with little balconies in every window gives Pairs a uniform beauty that is instantly recognizable. The entire city gives off the impression that it was all built from a single blueprint … and it pretty much was. Emperor Napoléon III and General Georges Haussmann embarked upon the greatest urban redevelopment project that ever was and probably ever will be. Can you imagine a city the size of Ottawa, ON completely leveled and rebuilt in a few decades because that's exactly what the Parisians were up to 150 years ago... 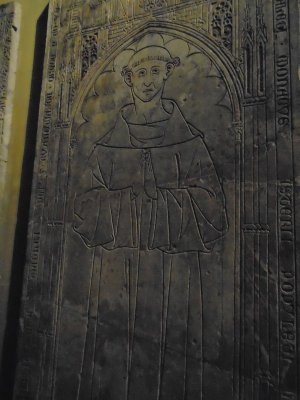 Paris in the Middle Ages was home to royalty, mountebanks, Knights Templar, merchants, prostitutes, and canons. Bursting outward from the encompassing wall, it was Europe's largest, most cosmopolitan city. When the city was reconstructed by Haussmann beginning in the 1850’s much of the Medieval style in the city was destroyed, save for a few landmarks we sought-out during our trip. 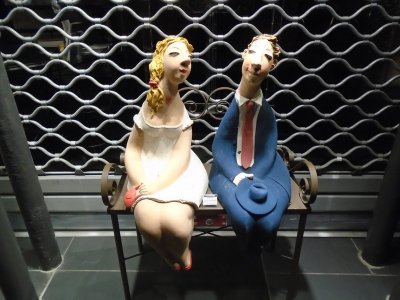 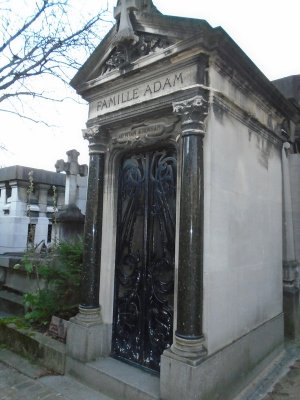 On our last day, we explored the city’s famous garden cemetery, Pčre Lachaise, which was the first municipal cemetery of Paris. It’s unlike any graveyard we’ve have ever seen! Rich with style, sculptures and history this beautiful (yet slightly creepy) tour was to die for! 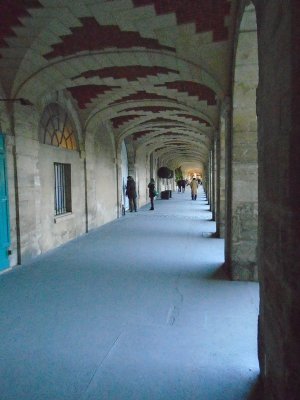 A few random picture from in and around our accommodations in the 11th Arrondissement of Paris.
0 comments leave a comment
:: La Port De Paris :: 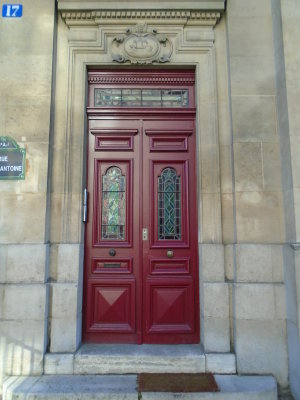 Doors are everywhere. They can tell us so much about the streets, history and culture of a city. Paris had some of the most amazing doors, with no two being alike. The best part was imagining what was on the other side.

"There Are Things Known, and Things Unknown, and In Between Are the Doors" -Aldous Huxley