"The wives of Goldman Sachs employees also try to keep a low profile, devoting themselves to charity work and competitive grooming"


"In Ethiopia, PMC’s first long-running program cost just 4 U.S. cents to reach each listener. Cost per listener of a similar program in Tanzania was 3 cents per year. The annual cost per new adopter of family planning in Tanzania was 34 cents U.S., while the cost per person who reported that they changed behavior to avoid HIV infection as a result of hearing the serial drama was 8 cents"


The Chief is Dead; Long Live the BBC, By Audrey Gadzekpo

"The U.S. imports little (only some 2 percent) of its total television output, yet at the global level most imported programs originate in the U.S. and to a lesser extent, Western Europe and Japan. Many parts of the world import at least 30-40 per cent from the U.S"

In their town
Where good morning
Is offensive
And the very audacity
To offer it unsolicited
Provocative,
Maybe they need
A hello day,
A gesture, a token
Of what could have been.

Aside from conscious promotion of Western ideals and ideas via "propaganda" stations, the gatekeepers of local FM stations, many of whom are either western trained or who mold their stations and programs on western radio models, further propagate western cultural values. Nowhere is the promotion of these values more evident than in the plugging of Valentine's Day and Mother's Day in Ghana, an achievement that can be directly linked to dogged publicity by new local FM stations. A few years ago there was little awareness and fanfare about these two special days but today Valentine's Day and Mother's Day have become significantly observed days in Ghana, because of the efforts of the media.

The crass commercialization of these two contrived days and the fact that their purpose seems only to raise unnecessary expectations of lovers and mothers and to sell more hallmark cards, and imported chocolates to the detriment of the Ghanaian economy which is severely constrained in foreign exchange, is an example of the validation of valueless cultural imports. In the hierarchy of needs it seems rather extravagant to devote so much precious airtime to the promotion of Valentine's Day and Mother's Day at the expense of some more beneficial national causes that could have perhaps been promoted as successfully.

In the UNESCO study on television programming Tapio Varis notes that the U.S. imports little (only some 2 percent) of its total television output, yet at the global level most imported programs originate in the U.S. and to a lesser extent, Western Europe and Japan (Tracey, 1997). Specifically, Varis' study also shows that many parts of the world import at least 30-40 per cent (in places such as Canada much more than that) of their programming from the U.S. It is here that the evidence of U.S. if not Western cultural domination via the media can be deduced.

True, the complexes of modern communications today render cultural imperialism models of communication and some of the arguments made by Third World countries at the Macbride Roundtable rather simplistic. New communication and information technologies, particularly, are facilitating the flow of communications between cultures and putting more control of media messages in the hands of individuals. Countries such as Ghana can design web pages, which are accessible world wide to promote Ghanaian culture or products. Even in the context of traditional media, more non-western nations, such as India, for example, are producing and exporting film in increasing volumes and thereby propagating Indian culture. Still it is a question of proportion. The influence of global media conglomerates, most of whom are western, remain unmatched lending credence to developing world critics such as Ansu-Kyeremeh, and Masmoudi who argue that information flow is very much uni-directional even today. Ansu-Kyeremeh (1998) contends that rather than reciprocal program exchange re-broadcasting agreements, the nature of globalization has favored a one-way western broadcaster supplying satellite dishes and programs for dissemination by developing broadcasters and that even though the way communication infrastructure is constructed aims at facilitating global flow of information, sooner or later, it ends up "ferreting content unidirectional with the venture effectively assuming the character of foreignization" In that format, the medium becomes a vehicle for propagating Western values among non-Westerners, notes Ansu-Kyeremeh.

In more specific terms, Ansu-Kyeremeh (1998) expresses the fear that the Ghanaian electronic media has been foreignized and concludes in a study that "programs, programming, broadcast formats and language of broadcast indicate foreign domination deepening." 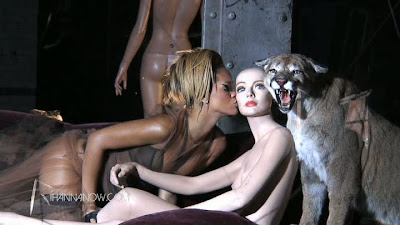 He also links this foreignization process with privatization.

While largely identifying with some of the fears expressed here, I think these views do not acknowledge the efforts of local media to generate their own material and the role local audiences play in localizing programming. For example, public insistence on speaking local languages in which they are comfortable when contributing to English-language phone-in programs in Ghana suggest the resistance of local audiences to some of the forces of cultural domination hinted at in Ansu-Kyeremeh's study. However, I share some of the concerns expressed that because of Western media dominance, locally generated and presumably culturally relevant media content, is often in danger of being crowded out. The financial weakness of developing nations, and the fact that many countries such as Ghana lag behind technologically mean significant gains in media equity are still a long ways away. Satellites are being beamed from the North to the South not the other way round. And in many African countries, for example, the liberalization of the airwaves have meant that broadcast media from the West aimed at promoting the interests of specific nations - Deutsche Welle from Germany, BBC from U.K., VOA from the U.S. and Radio France - are now able to operate, sometimes on local FM frequencies or television signals thereby making their messages more easily accessible to local communities than before. And as the anecdote on the death of the Asante King illustrates the culture of these foreign media organizations are not necessarily media of local sensibilities. In many parts of West and Central Africa, "Mami Wata" thus serves as a slang term for a gorgeous woman...In addition, the spirit's light complexion and straight hair could be based on European features. On the other hand, white is traditionally associated with the spirit world in many cultures of Nigeria. The people of the Cross River area often whiten their skin with talcum or other substances for rituals and for cosmetic reasons, for example...Mami Wata is usually described in excesses. She possesses an inhuman beauty, unnaturally long hair, and a lighter-than-normal complexion. Some report that her hair texture ranges from straight, curly to kinky, and either black or blonde, and combed straight back. Her lustrous eyes gaze enticingly, which only enhances her ethereal beauty...she flaunts her unimaginable wealth with jewelry that blinds those who view it...Bastian also believes that in both mermaid and humanoid form, Mami Wata often carries enormously expensive baubles such as combs, mirrors, and watches.

Aside from this conscious promotion of Western ideals and ideas via these "propaganda" stations, the gatekeepers of local FM stations, many of whom are either western trained or who mold their stations and programs on western radio models, further propagate western cultural values(1)...As a "capitalist" deity par excellence, her persona developed between the fifteenth and twentieth centuries, the era of growing trade between Africa and the rest of the world. Her very name, which may be translated as "Mother Water," is pidgin English(2)

Linked to concerns about such wholesale and unquestioned adoption of cultural norms, however harmless, are fears that some images put out by globalized media and advertising firms hurt rather than foster cultural pride. For example, advertisements generated especially by transnational companies, particularly those that sell beauty products, market images of beauty that are at variance with the cultural realities of the societies in which they are being promoted. Commercials for brands such as Revlon, or Lux currently shown on Ghana Television, for instance, show images of slim, aquiline-featured, light skin beauties. These images have little to do with the African reality yet the values embedded in them are at the expense of more culturally inspiring images of beauty that could nourish cultural pride, particularly among (o-o-o-o-o oh oh!) the more gullible segments of society.

Their negative impact has not been measured but the persistent use of skin lighteners and bleaches among certain people may well be linked to these "new" notions of beauty which may be at variance with reality.

Dr. Gadzekpo has nine(as of 2009) years experience as a university researcher on media, gender and governance issues. She also worked in the field of journalism for more than 15 years. An activist, Dr. Gadzekpo was a consultant on a study of violence against women and wrote two chapters on this topic in the book Violence Against Women and Children in Ghana.

She was also a domestic election observer during the 1996 and 2000 general elections in Ghana and the principal consultant for a media-monitoring project that evaluated the performance of the media during the 2000 campaign and election. In 2000, she was co-interviewer for the first-ever Ghanaian presidential debate broadcast on CNN and Ghana Television.

"King called for the International Association for the Advancement of Creative Maladjustment that would challenge the injustices of society. That basically said that if you're living in a society where people are ill-natured and mistreat each other and are mean to each other, adjusting yourself and adapting to that system would be detrimental to your health," Masipula Sithole, Jr., said. "In order to be 'well' in our wicked society, you need to be maladjusted to that wicked society."

Masi Sithole concluded with the importance of being true to one's self in finding solutions as institutions will almost always fall short. As long as we look more to ourselves and possess a strong spiritual grounding found in African culture, says Masi, we will be fine.
Sigma SD14 ,Carl Zeiss Distagon T* 28mm f2.8