TREKKING CAMBODIA FOR ITS RUINS & DREAMS
Cambodia has a population of 13 million people, comprising of a complex of religious buildings that is considered one of the world's archaeological and architectural treasures. I have decided to compile a series of photos taken during my trip to Cambodia. Please take time to scroll down for a brief illustration of the photos in this gallery.
Please also visit ,The Children Of Cambodia and ,People & Street Life In Cambodia.

Note: For other random shots of Angkor's Ruin and Tonle Sap, please click here - Treasures Of Angkor
and Memoirs Of Tonle Sap 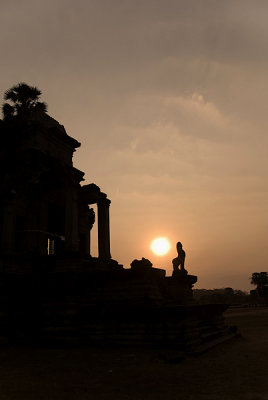 Sunset At Angkor
This picture was taken at Angkor Wat. Angkor Wat (or Angkor Vat) is a temple at Angkor, Cambodia, built for king Suryavarman II in the early 12th century as his state temple and capital city. The largest and best-preserved temple at the site, it is the only one to have remained a significant religious centre—first Hindu, then Buddhist—since its foundation. 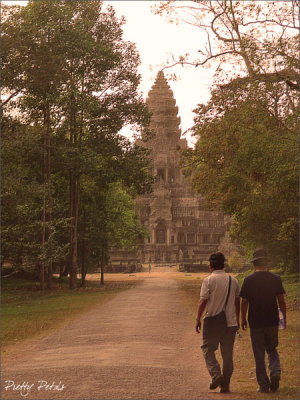 Walkway Leading To Angkor Wat
I was pretty excited when we started our journey to Angkor Wat. I have never been to such a place before, what more on a photography expedition. It was more than a tourist experience. The feeling was wholesome, complete in that sense that I came home fulfilled. 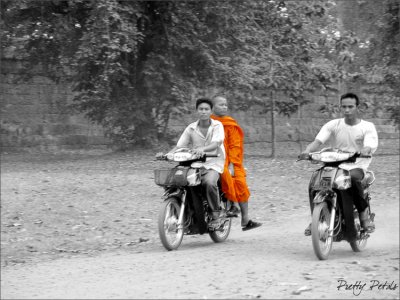 Monk Riding On A Bike
On my way up to the Wat, I noticed this monk riding on the bike. 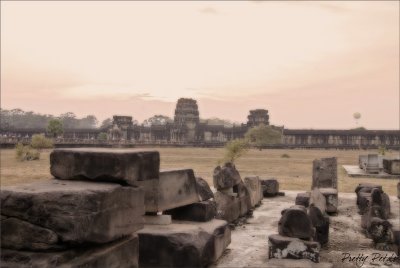 Angkor & Ruins
The temples of Angkor, built by the Khmer civilization between 802 and 1220 AD, represent one of humankind's most astonishing and enduring architectural achievements. From Angkor the Khmer kings ruled over a vast domain that reached from Vietnam to China to the Bay of Bengal. The structures one sees at Angkor today, more than 100 stone temples in all, are the surviving remains of a grand religious, social and administrative metropolis whose other buildings - palaces, public buildings, and houses - were built of wood and are long since decayed and gone. 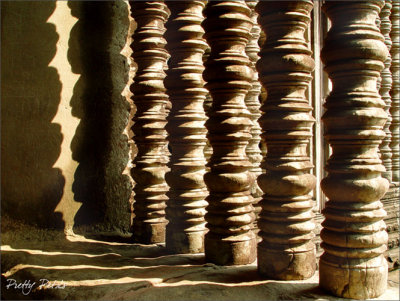 Stone Windows
Stone windows are commonly seen around Angkor Wat. I saw the light shining into the temple with shadows of the frames on the ground. I decided to take a shot of it. 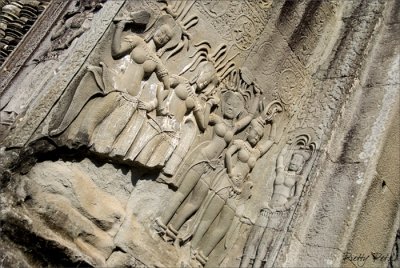 Angkor Wat's Apsaras
The Apsarases, known as the heavenly maiden of Angkor Wat.
An Apsaras, is a female spirit of the clouds and waters in Hindu and Buddhist mythology. Despite ending in -s, "apsaras" is to be construed as singular. The English plural is "apsarases". There are around 2000 Apsarases in Angkor Wat and each of them are unique. 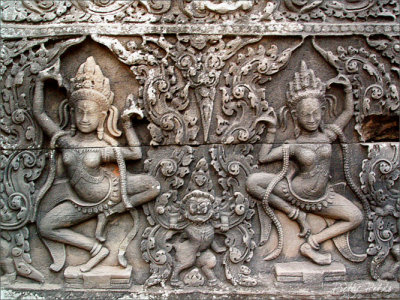 Dancing Apsaras
A few of the carved Apsaras on the wall of Angkor Wat. 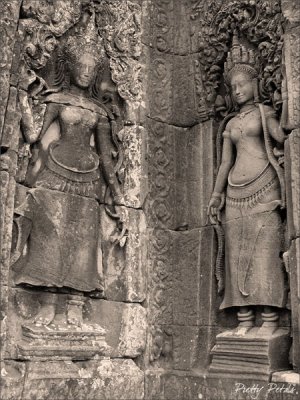 Apsaras Dancers
Carved on the face of the walls of Angkor, the dancers still live till this age on the walls of the temples. 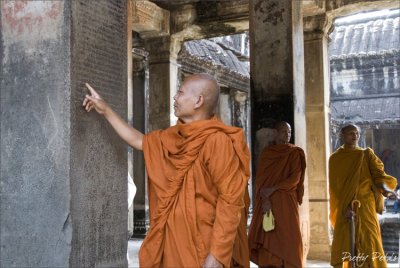 The Inscriptions
The inscriptions that the visitor can see in the temples are those carved on the door jambs of the entrances to the sanctuaries. Inscriptions were also carved on steles, but the majority of these are now housed in the Conservancy at Angkor to prevent them from being stolen. More than 1,200 inscriptions have been discovered, but it is likely that more has disappeared, or have not yet been found. The script evolved over the centuries up to the Angkorian period. 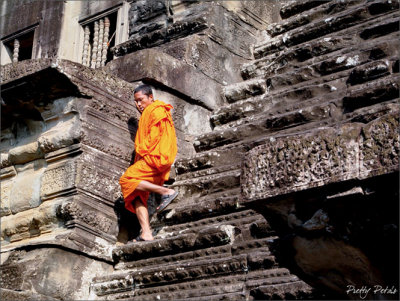 Steep Steps To The Temple
To reach the topmost terrace of the Angkor Wat temple, you have to be physically fit.
Take up the challenge to climb up these steps. They are narrow, crumbly and extremely steep. 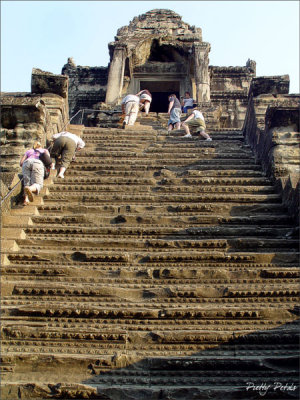 Railing Installed
The climb up narrow steps to the base of the central tower is frightening to all but those with inordinately fine balance or remarkably small feet. There are four stairways up; at just one, the south stairway, has a railing has been installed to assist descent by the nervous. Many opt for this route. As for me, I never attempted a step up as I knew I would never get to the top. The most I did was to climb up 5 steps to take a picture of the steep steps. Willing to take up the challenge?
For another shot, click here. 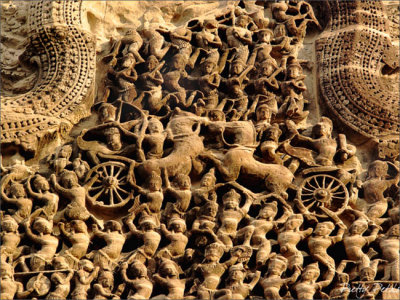 Magnificent Craftsmanship
This obviously reflect the magnificent craftmanship of the ancient times.
click on thumbnails for full image