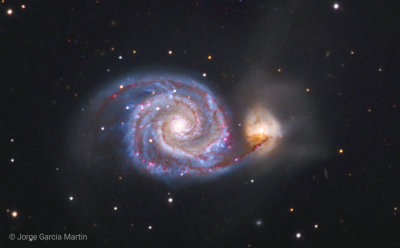 M-51, the celestial Whirpool
Deep review of an old image of Messier 51
0 comments leave a comment 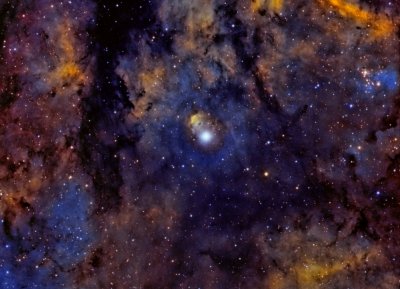 Sadr region in Cygnus
One of the most interesting regions in the northern sky.
0 comments leave a comment 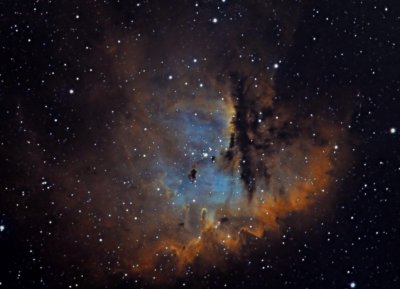 The Pacman Nebula
A new version of the Ngc-281 Pacman Nebula with new color processing and noise reduction. Using the Hubble Palette
0 comments leave a comment 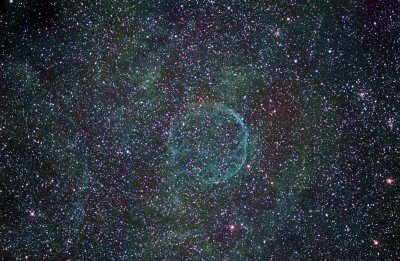 CTB-1 (Aka Abell 85) in Hubble palette
This weak supernova remnant contains mainly H2 and O3 emissions. The SII emission is marginal and is concentrated in the north-west of the nebula.
This nebula is located in Cassiopeia and the estimated distance to Earth is 3.1 +-0.5Kpc. His age, based on its rate of expansion of the field structure would be between 7500 and 11000 years.
- Astronomy.FM Amateur Astronomy Picture of the Day (AAPOD): 2011 March 20
1 comment leave a comment 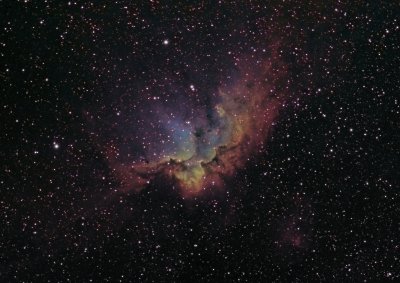 The Wizard Nebula
Situated only 8000 light-years away, the Wizard nebula surrounds an open cluster plenty of stars in formation.(Ngc-7380)
The interaction of stars with the gas and dust has created a shape that looks like some sort of wizard Merlin.
This image was taken in Hydrogen Alpha, Oxygen III and Sulfure II. The colors are not real colors, are typically named mapped colors that are representations of the channels used to obtain the image.
Best Regards
0 comments leave a comment 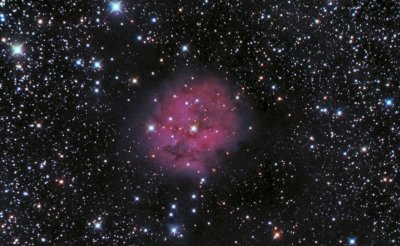 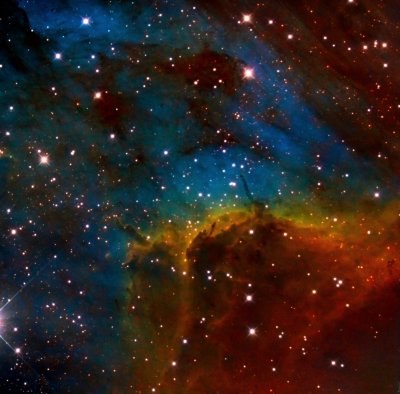 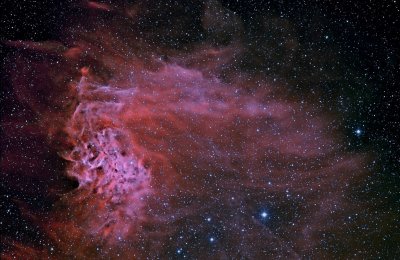 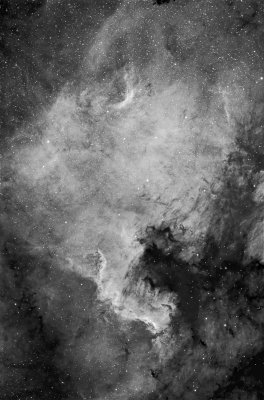 Ngc-7000, a tribute to Kodak TP-2415 film
I was started on astrophotography in the photographic film epoch. At that time, the late eighties, the favourite film among astrophotographers was the Kodak Technical Pan 2415.
This film was hypered using "forming gas" and was optimal because it increased the sensitivity but not the grain.
Some of the best images of Tony Hallas and Jack Newton was made with this film.
Now, in the digital age, using H-alpha filters and CCD cameras, it is possible emulate some of this classical images.
0 comments leave a comment 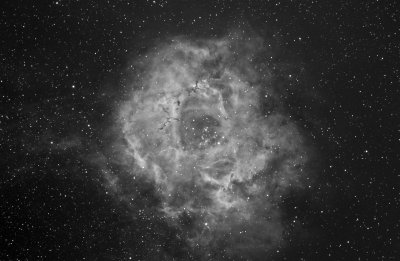 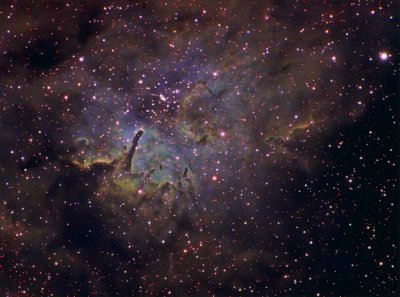 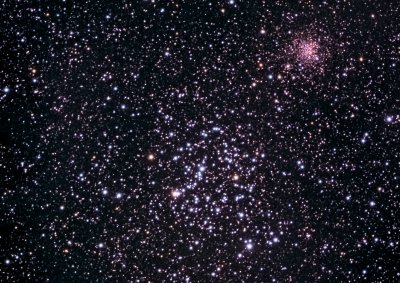 Messier-35 and NGC-2158
This two antagonic objects are very close in the sky. However this proximity is not true. M-35 is a young star cluster formed by bright blue stars. NGC-2158 is a old object, very similar to the Globular cluster, formed mainly for old red stars.
0 comments leave a comment