Now you can read all the News Letters sent out by the club to find out what's going on.
Time Flies
It's been quite a while since we've posted a News Letter and there have been a great many changes since that last post. Progress has continued with scenery, structures, club cars, new members and major infrastructure work to the room housing the layout.
We'll be adding new photos and videos in the near future and we hope you'll take a look at all that's new and different.
0 comments leave a comment

0 comments leave a comment
Were Looking forward to fun times next year!
Will update all photos of the layout after the first of the year, A lot of work has been done a lot of new bench work two.
Merry Christmas to all and a happy New Year.
0 comments leave a comment
May 2012 News Letter.
Work is moving right along with the Layout some New photos and a New Video has been added, Phase 4 will start soon and will add around 250 feet more to the main line and will bring us to South Tullahoma on the Layout. Saturday May 12 we had Visitors Jan Price and David Smith from Hawkes Bay New Zealand stop in and see us, Thank you for dropping in it was great to meet you.
0 comments leave a comment 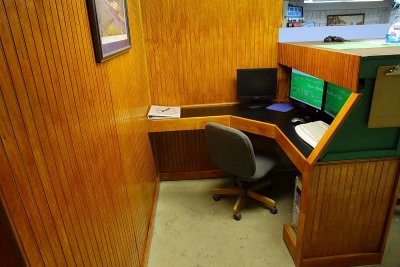 November News Letter.
A lot of work going on here's a photo of the new Dispatcher Center we built, Updated photos will be uploaded soon.
0 comments leave a comment 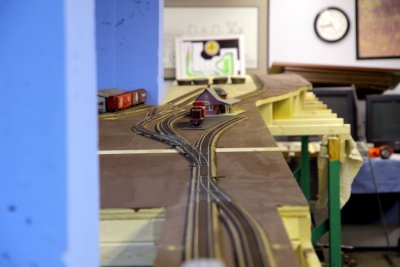