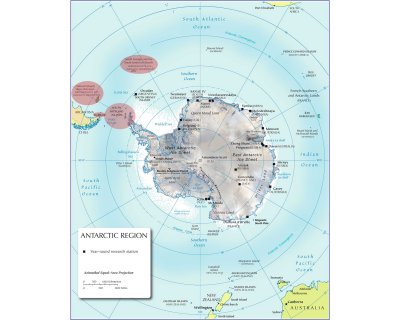 Traveling to South America
Our trip with Cheesemans' Ecology Safaris to the Falkland Islands, South Georgia Island, South Shetland Islands and the Antarctic Peninsula began on December 17, 2013 with United Airlines #1469 departing from Washington Dulles Airport at 12:28 PM and arriving in Houston Intercontinental Airport at 2:40PM.

We then connected with United #819 departing from Houston Intercontinental Airport to Buenos Aires Ezeiza International Airport airport at 9:00pm.

The map shows, highlighted in four red circles, the city of Ushuaia, Argentina from which we will embark on our Southern Ocean voyage, along with the four areas we will be visiting over the next four weeks:

We had planned on visiting the South Orkney Islands, but due to heavy sea ice in the area we did not visit them.

We will return back to Ushuaia through the Drake Passage.

We protected our Camera gear during the Zodiac landings with two Cabellas Dry Bag Packs.

Map is courtesy of the Nations Online Project. 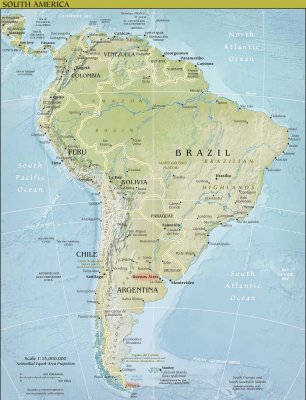 Arriving in Buenos Aires, Argentina
We landed at Buenos Aires Ezeiza International Airport at 10:25AM.

After clearing Customs and Immigration we took a taxi to the Buenos Aires Plaza Hotel, where we will stay for just one night.

The map of South America shows the location of Buenos Aires and Ushuaia in Argentina, highlighted in red.

We will be flying to Ushuaia tomorrow. 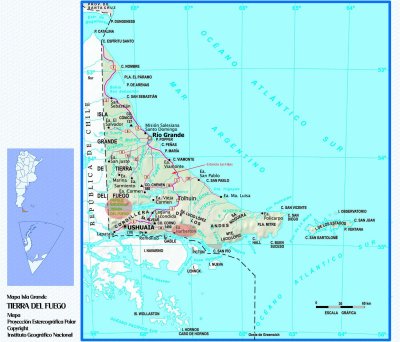 Flying to Ushuaia, Argentina
On December 19th we flew from Buenos Aires Newberry Airport, scheduled to leave at 3:55PM, to Ushuaia, Argentina on Aerolineas Argentinas Flight #1888. Due to Airport Air Traffic Controllers going on strike, the airport was filled to capacity and our flight ended up leaving around 5:15PM.

We landed an hour late in Ushuaia around 8:30PM.

We were transferred to the Canal Beagle Hotel by our Tour operator.

See the map of Isla Grande Tierra Del Fuego Argentina. Highlighted on the Map in Red are the three areas that we would visit over the next three days while we stayed in Ushuaia: 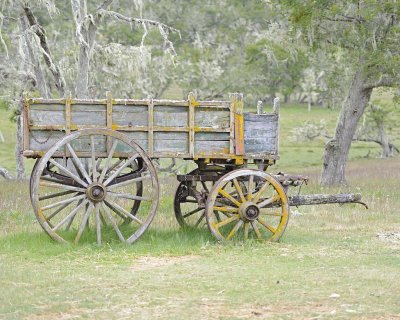 This old wagon at Estancia Las Hijas was a reminder of the old days. 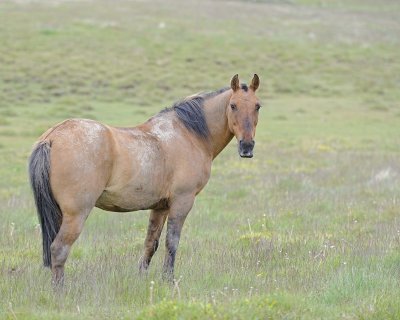 Horse
Estancia Las Hijas is in the process of converting from Sheep to a Cattle Estancia. This change is being made because feral dogs are attacking and killing their sheep.

Shown is one of their horses. 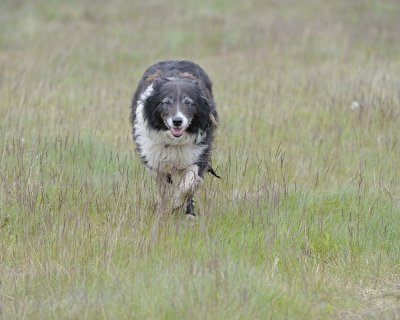 Sheep Dog
Estancia Las Hijas had a number of trained sheep dogs. This is one returning from a sheep roundup in one of their pastures. 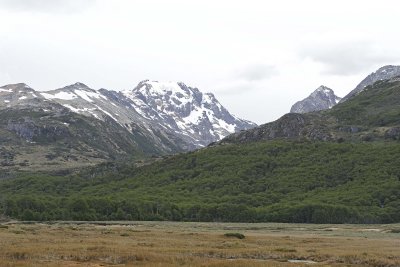 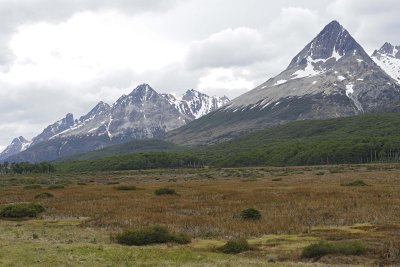 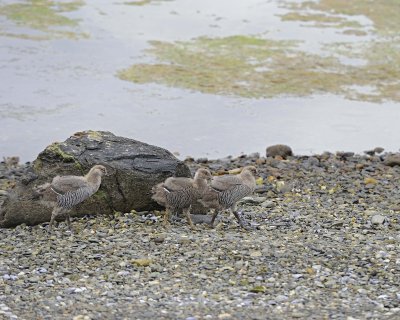 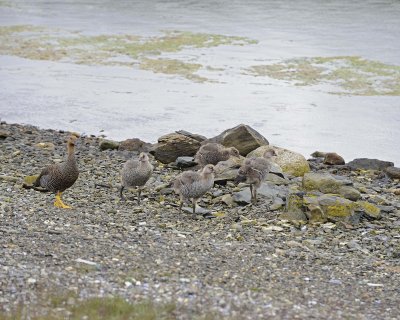 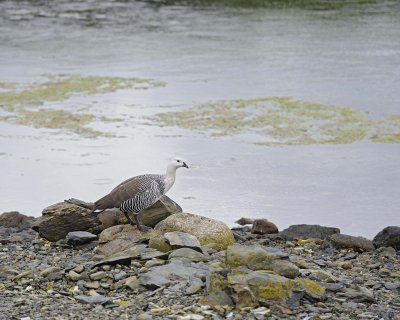 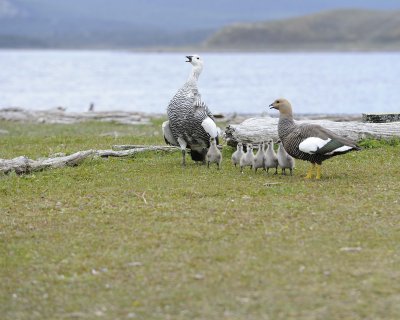