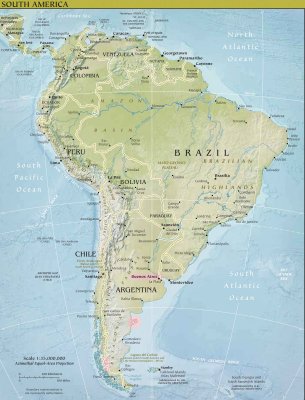 After clearing Immigration and Customs we traveled by taxi to the Marriott Plaza Hotel in downtown Buenos Aires for one night. We were able to walk around the shops on Florida Avenue for a few hours in the early afternoon before retiring.

See the map of South America - Courtsey of the Central Intelligence Agency. Highlighted in light red are Buenos Aires and the areas of Patagonia in Argentina and Chile that we visited which will be discussed in the trip report below.

Buenos Aires, Argentina to Patagonia
On Tuesday morning, December 27, we left Buenos Aires Ezeiza Airport on Aerolineas Argentinas flight #1892 at 8:35am (left an hour late) and flew to El Calafate, Santa Cruz Province, Argentina arriving around 11:45am. We gathered our luggage, picked up our Avis rental car and began the drive from El Calafate on National Route 40 and Provincial Route 5 to Rio Gallegos to catch National Route 3 northward to Penninsula Valdes in Chubut Province, Argentina. Passing through Guer Aike, Argentina placed us the southern most we have been on planet earth to date, at Latitude 51°38' 60" South. We drove around 12 hours that afternoon and evening, finally checking into Hotel Robert in Caleta Olivia around 1:00am in the morning. After sleeping for about 4 hours we drove the rest of the way on Wednesday, December 28 to Puerto Piramide on Peninsula Valdes arriving around 4pm. We had our first taste of gasoline shortages and lines while filling up in the Trelew area. We had to wait about 45 minutes to fill up the gas tank. It seems some of the YPF refinery workers were striking and causing shortages of gasoline through various areas of Argentina.

Our trip was broken up into three general areas, with the first area being Peninsula Valdes, Punta Loma and Punta Tombo, Argentina on the Atlantic coast. 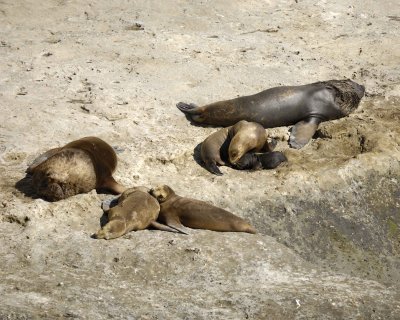 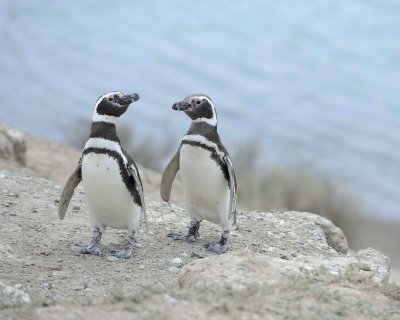 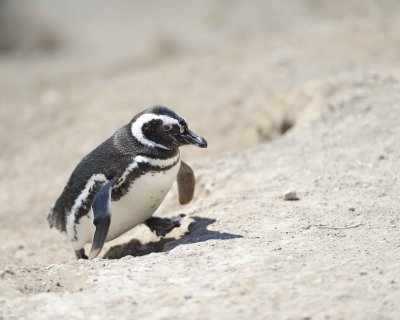 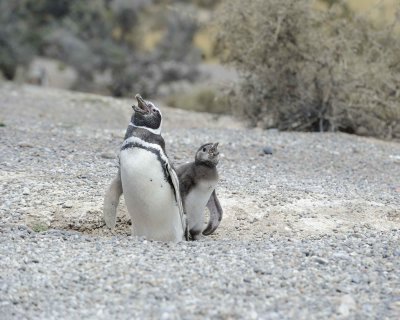 Punta Tombo - Magellanic Penguins
On Saturday, December 31st we left Puerto Piramide and visited Punta Tombo. To be able to walk thru a rookery of over 500,000 Magellanic Penguins was a very powerful experience. It was only a question of where to aim the camera, and there was a steady stream of Penguins coming from and going to the ocean feeding their chicks. We stayed the night in Trelew at the Hotel Libertador. Here is a Magellanic Penguin with a Chick photograph from Punta Tombo. 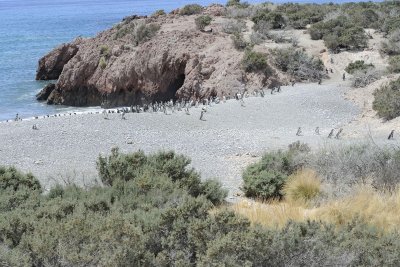 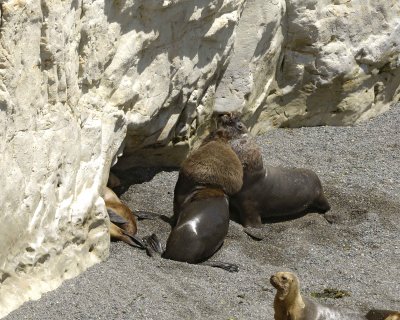 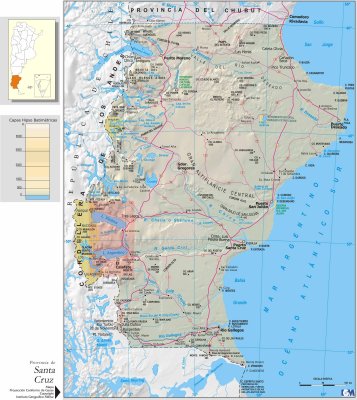 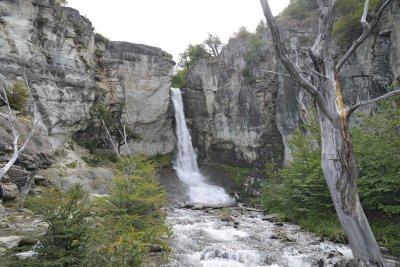 Cascada del Salto
In the afternoon, after arriving at El Chalten, we hiked to Cascada del Salto, a beautiful water fall just a few miles from town, as shown in the photograph. 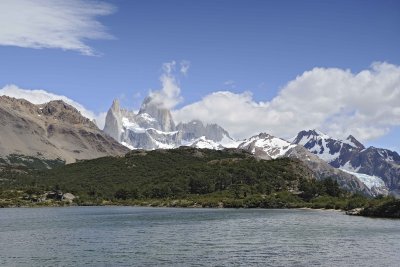 Lago Capri Hike
On Wednesday, January 4th we hiked the Lago Capri trail up into Los Glaciares National Park. Here is a photograph of Mt Fitz Roy taken from the shores of Lago Capri. Although Mt Fitz Roy did not totally clear, we were able to get multiple photographs of the clearing summit. 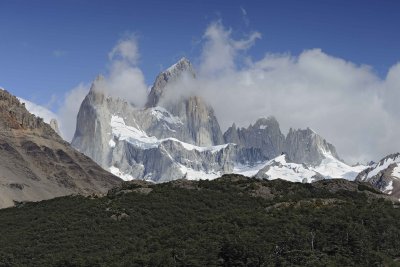 Lago Capri Hike
Here is another photograph of Mt Fitz Roy from the shores of Lago Capri.
click on thumbnails for full image