DoD funds NFL, and DoD contractors own US media(McChesney,Chomsky).

DoD teams playing against CIA teams in Syria in 2016: 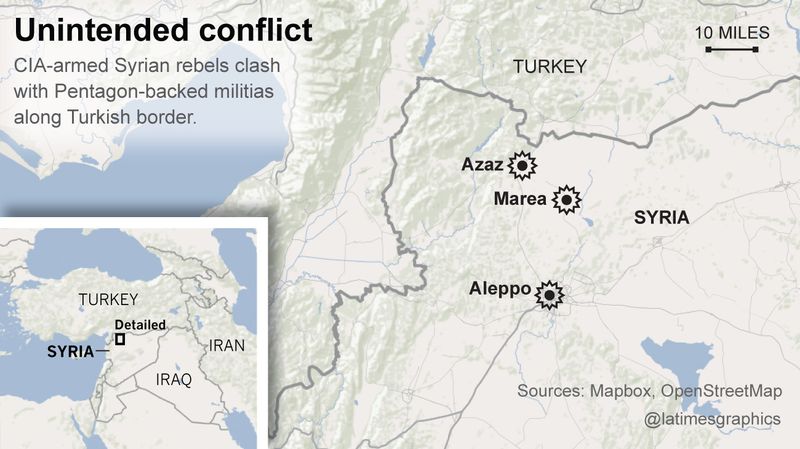 In mid-February 2016, a CIA-armed militia called Fursan al Haq, or Knights of Righteousness, was run out of the town of Marea, about 20 miles north of Aleppo, by Pentagon-backed Syrian Democratic Forces moving in from Kurdish-controlled areas to the east.

In November 2016, Donald Trump was elected president of the United States.

Russia had bombed the DoD irregulars instead of CIA, because Russia knew that DoD irregulars were intended to win. Russia prevented that. Russia then allowed the US a year to save face, by having a different president, Donald Trump, cover the appearance of defeat by having DoD play against CIA within the overall, general US retreat inside of Syria. Further distracting appearance of non-defeat was implemented by the US giving Syria's Golan Heights to Israel, a story which dominated DoD-contractor-owned(McChesney,Chomsky) US media for days.

April 2019 - iSiS has retreated to a position near a DoD base at Tanf, to a refugee camp near DoD base--a camp which has the DoD faction living there openly but they say CIA faction is also in the same camp, called Rukban.