This is a collection of wildlife shots from Northwest Arkansas. I have a separate elk album because I am very focused on them and have a lot of content. This is focused on other wild animals in NW Arkansas. Anyone interested in any of these images as prints or for other uses can best describe them to me with their photo number. Inquiries may be emailed to comptonphotographer@gmail.com. I have an online store at http://michael-dougherty.artistwebsites.com/ for direct ordering prints or licensing digital images for publication. 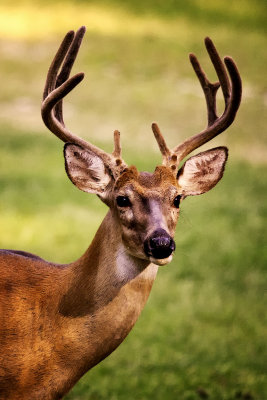 FeeBee 2
A second look at FeeBee. I use a sharpening filter, Focus Magic to get the ripping detail in his fur. Everyone should have a look at Focus Magic, best thing I have seen for pulling up details.
1 comment leave a comment 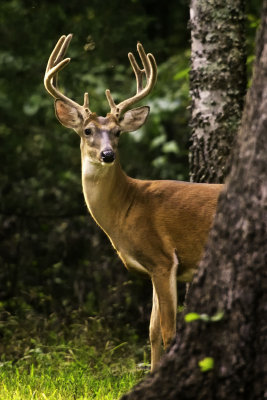 FeeBee
Our closest friends live near the White River. In their neighborhood there is a large whitetail deer population. This is the biggest buck, FeeBee. They have been following him since his birth a few years ago.
1 comment leave a comment 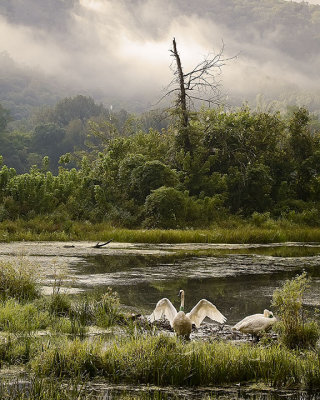 Crossed 1,000,000 Pageviews
My P-Base albums on September 1, 2014 crossed 1,000,000 page views since I set this up years ago. Thanks to all of you for your support and kind comments. We wildlife photographers feel like second-class citizens in the world of photography, well behind fashion and glamour photographers. My #1 album is Wild Arkansas Animals.
5 comments leave a comment 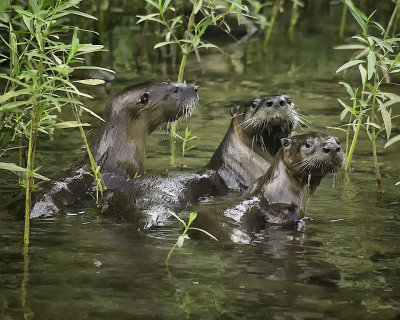 River Otter at Ponca Access, Buffalo National River
The pool just downstream from the Ponca Low Water Bridge is periodically visited by River Otther. This morning they were there at 9:30 AM CDT. 9:30 to 10:00 AM seems like the most likely time to catch them though they do feed all day long. I spot them by looking for ripples that seem unexplained. This picture is part of a family of 4 I have photographed since last year.
5 comments leave a comment 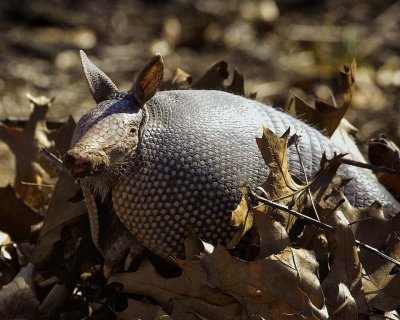 Armadillo, Head Up Pose
We have many armadillos around here. On this particular day I was on my belly near this guy hoping for this picture. I have many armadillo pictures, only this one of it looking at me. They seem oblivious to people unless they make a lot of noise.
0 comments leave a comment 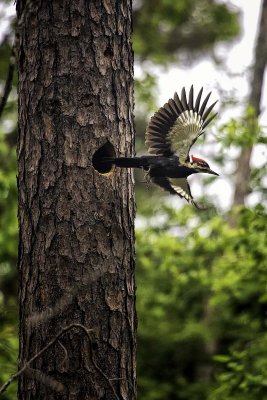 Pileated Woodpecker Leaving Nest
The saga continues. Today it was another 1.5 hours and this time I got the shot. It is clear now that this woodpecker has little ones. I watched as she gathered bugs and returned to the nest a few times. I worked pretty hard to understand how to time her movements. This was the first success. I have hoped for this picture for years. All it took was 12 hours and 1250th of a second. All good things come to grinders. Now for the little ones.
3 comments leave a comment